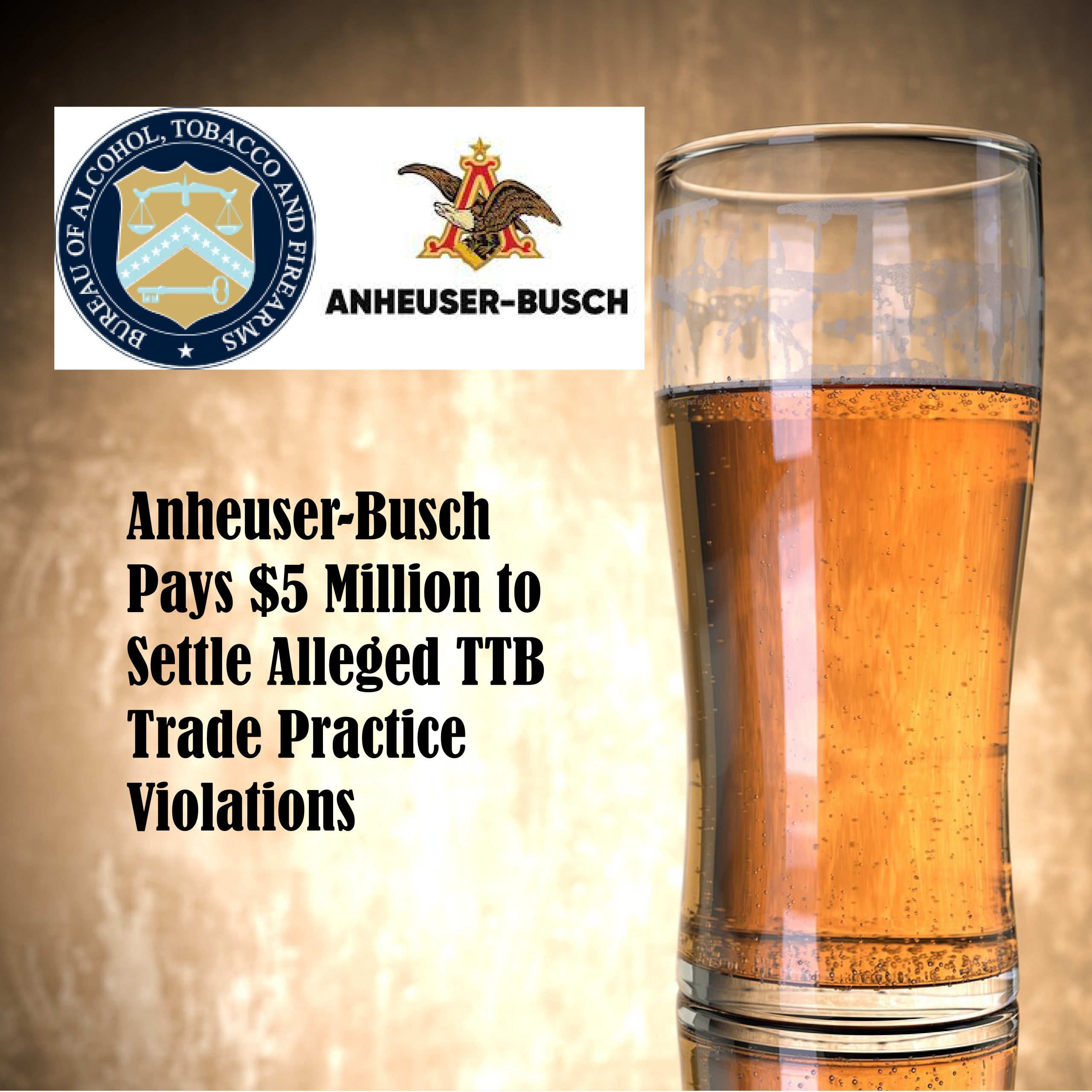 In what has been reported as the largest Offer in Compromise settlement ever paid to the Alcohol and Tobacco Tax and Trade Bureau (“TTB”), Anheuser-Busch InBev has agreed to pay $5 million to settle allegations that it violated various trade practice laws, namely under 27 U.S.C. § 205 of the Federal Alcohol Administration (FAA) Act.

In the publicly available but redacted copy of the Offer in Compromise, TTB alleged the following trade practice violations against Anheuser-Busch:

In a redacted Suspension Agreement, TTB also alleged that the violations were willful and that Anheuser-Busch agreed to a permit suspension for the TTB permits associated with its activities in Denver and Littleton, Colorado.

What Does This Mean for the Industry?

First and foremost, this is a huge development and shows that the Trade Investigation Division of TTB is not only ramping up enforcement as I wrote about back in 2018, but is also narrowing its enforcement efforts on larger industry members such as Anheuser-Busch.

TTB’s position is that these arrangements are not only expressly illegal under the FAA Act, but that they specifically harm the smaller and independent breweries, wineries, and distilleries who cannot afford to outright purchase the right to have their product sold at a venue (i.e. “Pay to Play”).

The relationship between sponsorship agreements and state and federal trade practice laws is very complicated and frequently misunderstood.  Unlike other industries, it has long been established that “Pay to Play” is not legal in the alcohol industry.  To make matters more complicated, under federal law a violation can be found if there is an “effect” of “Pay to Play” and the violations are notoriously fact-specific.  In other words, even if the arrangement is not expressly agreed to in writing, TTB can still find a violation to occur if the facts indicate such.

As an attorney for the alcohol industry, I have been directly involved in settling various Offers in Compromise with TTB over the past several years.  Generally speaking, administrative actions such as permit suspensions are a large indicator of the severity at which TTB considers the offense.  Even if the suspension is only four days, as it is here, the impact can have a large economic effect depending on the industry member.

In recent years, partly thanks to the explosion of the craft beer and spirits industry, we’ve experienced an uptick in trade practice enforcement that does not seem to be going away any time soon.

The Continuing Story of Marijuana in the Workplace