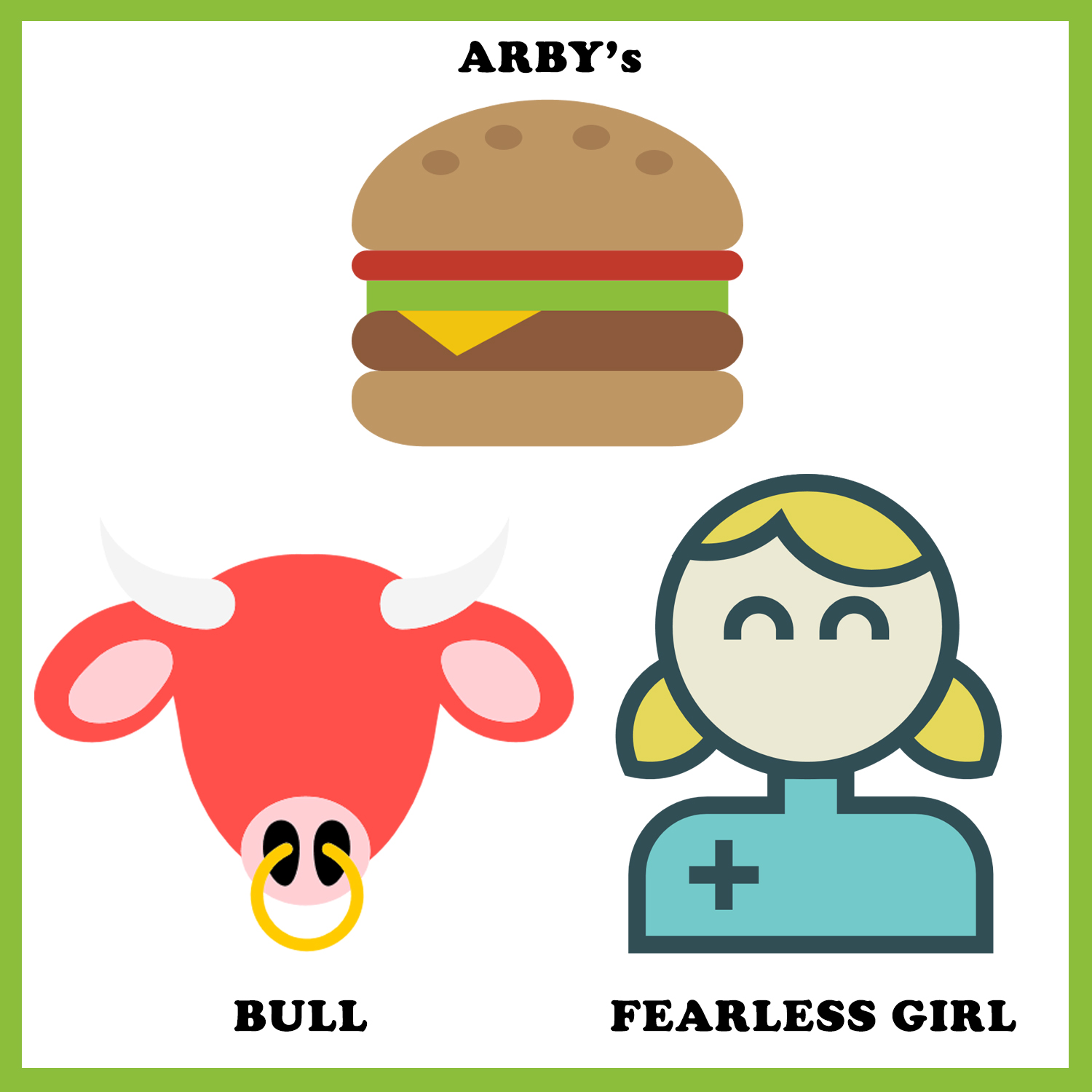 Have you heard the Arby’s ad that features Bonnie Tyler’s “Holding Out for a Hero”?  The joke is that every time the song says “hero” Ving Rhames (Arby’s deep voiced spokesman) says “gyro” over the soundtrack.  It’s kind of funny.

And I don’t know what deal Arby’s struck with Bonnie Tyler, but I assume they worked something out.  You can’t distort an artist’s work without their permission. That seems like a fairly basic concept.

Which brings us to this story.  It seems that Arturo Di Modica, the artist who sculpted the “Charging Bull” statue that adorns Wall Street, and he is upset with the placement of another statue – “Fearless Girl” in such a way that it appears the bull is bearing down on her.

And let’s be honest, the girl looks a lot more fearless staring down a bull than she would standing by herself.  Coincidence or rip-off?  In any event, it surely seems to distort Di Modica’s work.    It’s hard for me to see how it’s much different from the Arby’s ad.

Except there’s politics involved here.  Mayor Bill de Blasio tweeted in response to Di Modica’s concerns “Men who don’t like women taking up space are exactly why we need Fearless Girl.”  With all due respect to the Mayor, that seems like a cheap shot. It’s hard for me to criticize an artist for trying to protect the integrity of his work.  And it doesn’t make him a sexist for doing so.

Here’s hoping the two sides can work this out.  But the odds of that happening will be a lot better without demonizing anyone.