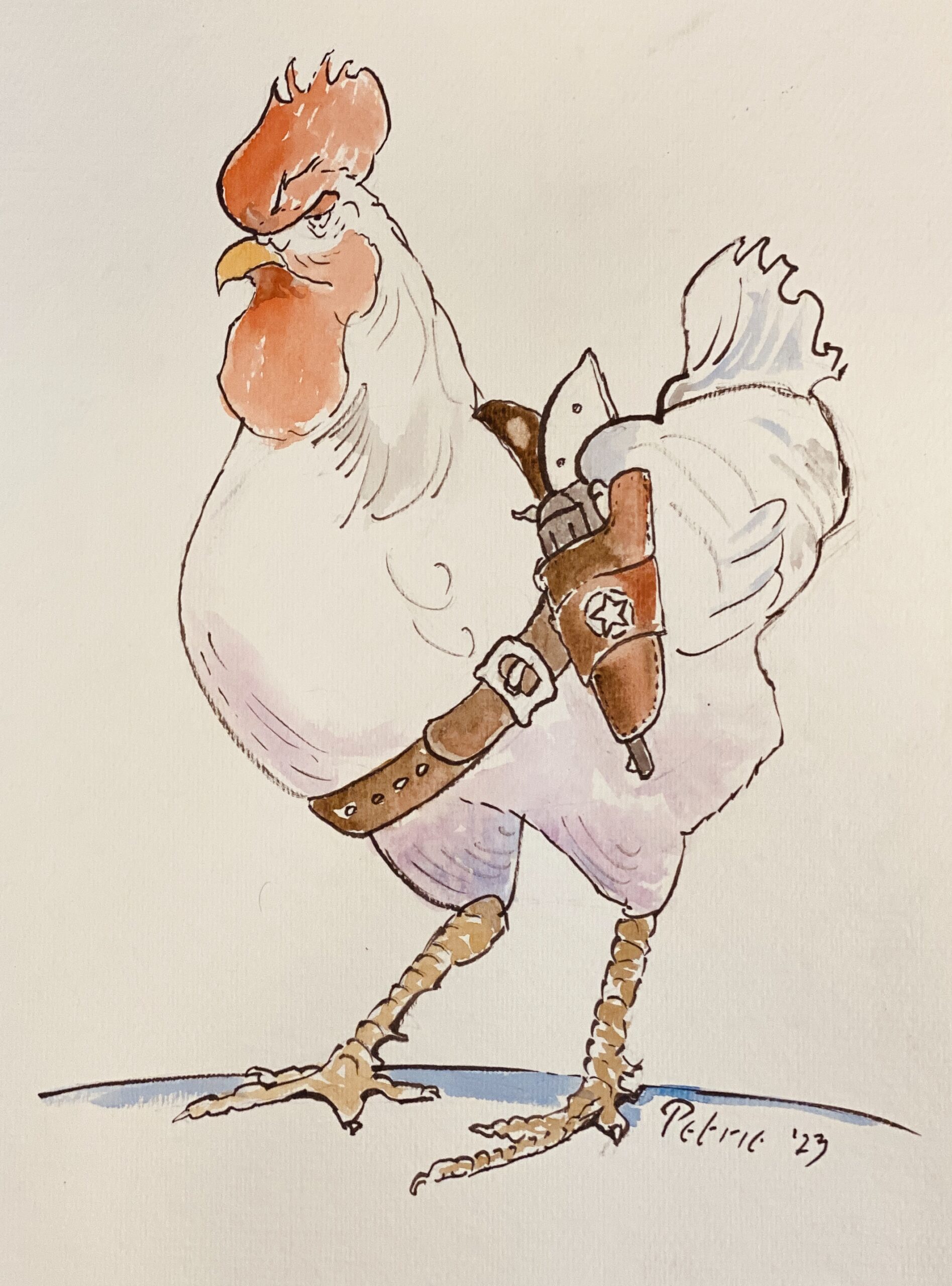 “The Transportation Security Administration discovered more than 6,500 firearms in carry-on bags in 2022, a record… TSA found a gun stuffed into a whole un-cooked chicken at the Fort Lauderdale-Hollywood International Airport in Florida.”

Does the Second Amendment’s right to bear arms extend to chickens? This is the constitutional question as politicians, lawyers, professors, lobbyists and special  interest groups convene at a  symposium in DC.

The hot and spicy debate includes opinions from all sides and isms: originalism, textualism, living constitutionalism, strict constructionism, liberalism, conservatism and many other opinions cooked and un-cooked.

The textualists argue that the word “arms” in the Second Amendment does not include wings. The originalists refer to history and the fact that Benjamin Franklin proposed the turkey as the national bird, thus evidencing the natural rights of and American reverance for winged, edible fowl. The living constitutionalists argue that because the chicken was not living, its natural rights expired by the time it passed through TSA’s camera.   Liberals and conservatives divide deeply over just about every nugget of the debate.

This reporter doubts whether consensus will be reached any time soon.