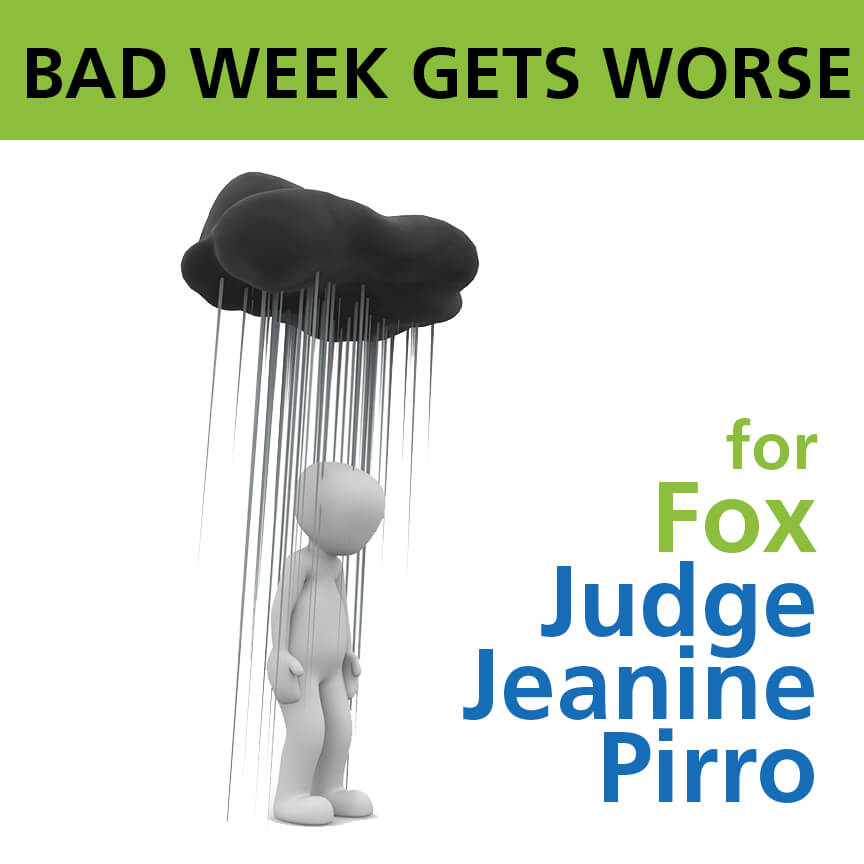 It’s been a tough week for Fox TV personality “Judge Jeanine Pirro.”  It was reported earlier this week that President Trump walked out of a November 1 meeting with Pirro.  The “Judge” apparently used her time with the President to rant about Robert Mueller and former FBI Director James Comey.  “Judge Pirro has called for a “cleansing” at the FBI and Department of Justice, with people “taken out in handcuffs.”  But apparently, her act was too much even for Trump to take, which says a lot.  I suspect she was crushed.

And then, on December 12, the “Judge” got sued for libel by Black Lives Matter activist DeRay McKesson based on comments the “Judge” made on a September 29 episode of “Fox & Friends.”   The “Judge” was particularly worked up that day over a decision by a federal judge in Louisiana to dismiss a lawsuit filed by an anonymous police officer seeking to recover damages for injuries he’s sustained responding to a July 9, 2016 protest in Baton Rouge, Louisiana.  That case named McKesson and Black Lives Matter as defendants.

The federal Judge dismissed the claim against Black Lives Matter because it is a movement, not an entity.  That is a pretty straight forward legal position.  He dismissed the case against McKesson because while the complaint contained conclusory allegations that McKesson was in charge of the protest, he made no specific allegations demonstrating the McKesson actively “authorized, directed or ratified” any conduct.  The court noted that the complaint didn’t state how precisely McKesson did anything to cause his injuries.  Again, not a radical decision here.

Except “Judge” Pirro was having none of it.   From her view on the couch with Steve Doocy and Brian Kilmaede, the Louisiana federal judge was an activist, Obama appointed judge making decisions on politics, not the facts.  Believe it or not, neither Doocy nor Kilmaede challenged her. And of course, she couldn’t resist taking a swat at McKesson, claiming “[a]nd in this particular case, DeRay McKesson, the organizer, actually was directing people, was directing the violence . . . but guess what, the judge said, you know what he was engaging in protected free speech.”

That statement is false on any number of levels, perhaps most egregiously in suggesting that the Louisiana Judge made a finding that McKesson was actively engaged in directing violent activity, but was protected from prosecution by the First Amendment.  A cursory reading of the federal court decision demonstrates that description is patently false.  A “Judge” should know better.

So McKesson’s suit will proceed, with a vigorous defense from the “Judge.”  But given the plain text of the federal court decision, and the plain mischaracterization by the “Judge” she may have a tough case.