Cadillac Tax Sent to the Junkyard; but PCORI has New Life 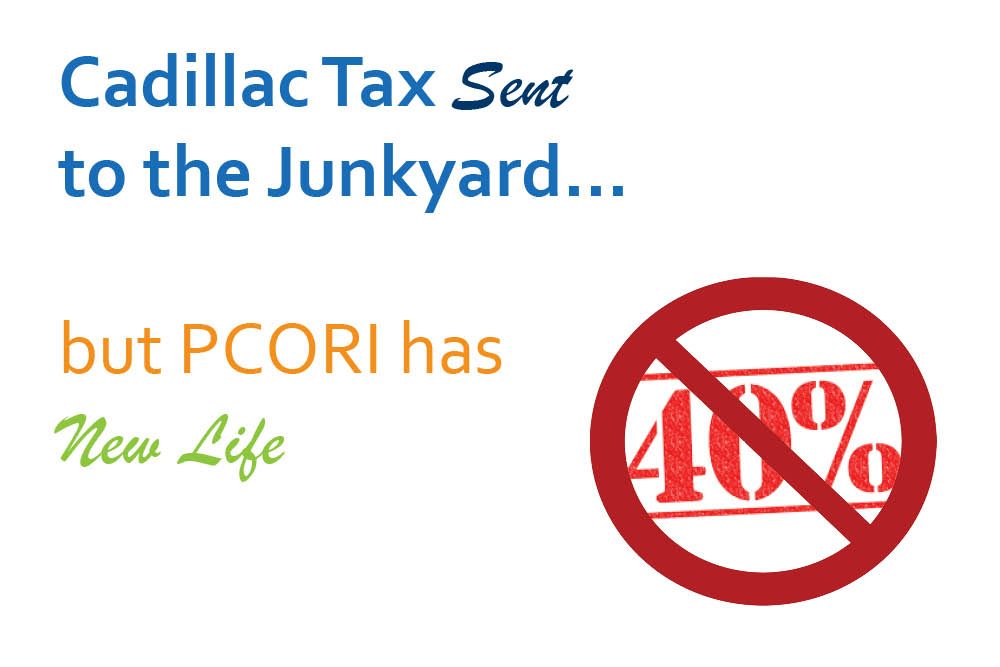 Cadillac Tax Sent to the Junkyard; but PCORI has New Life

Along with the impact that the SECURE Act has on retirement plans, the Act will also affect health and welfare plans. The SECURE Act modified parts of current legislation put into place by the Affordable Care Act (ACA). Welcome changes made by the Act are the repeal of the medical device tax, a 2.3% excise tax on certain devices such as pacemakers, and the repeal of the health insurance tax, a tax on the insurers of fully insured plans. The medical device tax is repealed beginning in 2020, but the repeal of the health insurance tax does not take effect until 2021, so any savings in premiums that are passed on from insurers due to the repeal of the tax will not be seen until that time.

Although the repeal of the above taxes was welcomed by insurers and employers, the SECURE Act did not provide all good news. 2019 was supposed to be the last year most self-insured group health plans had to worry about paying the annual PCORI (Patient-Centered Outcomes Research Institute) fee, as it was set to expire. As a reminder, the PCORI fee was put into place by the ACA to help fund the Patient Outcomes Research Institute. It is based on the average number of covered lives under the plan, and the fee and related IRS Form 720 are due no later than July 31st. Although set to expire for many plans, the SECURE Act has extended the PCORI fee for another 10 years, meaning that the fee will be in effect until 2029 for most plans (2030 for others, depending on the plan’s year-end).

The impact of the SECURE Act is far reaching for employee benefit plans, and we will continue to address other parts of this legislation in future blog posts.