CAMPUS SPEECH PART FIVE – For every Action There is an Overreaction 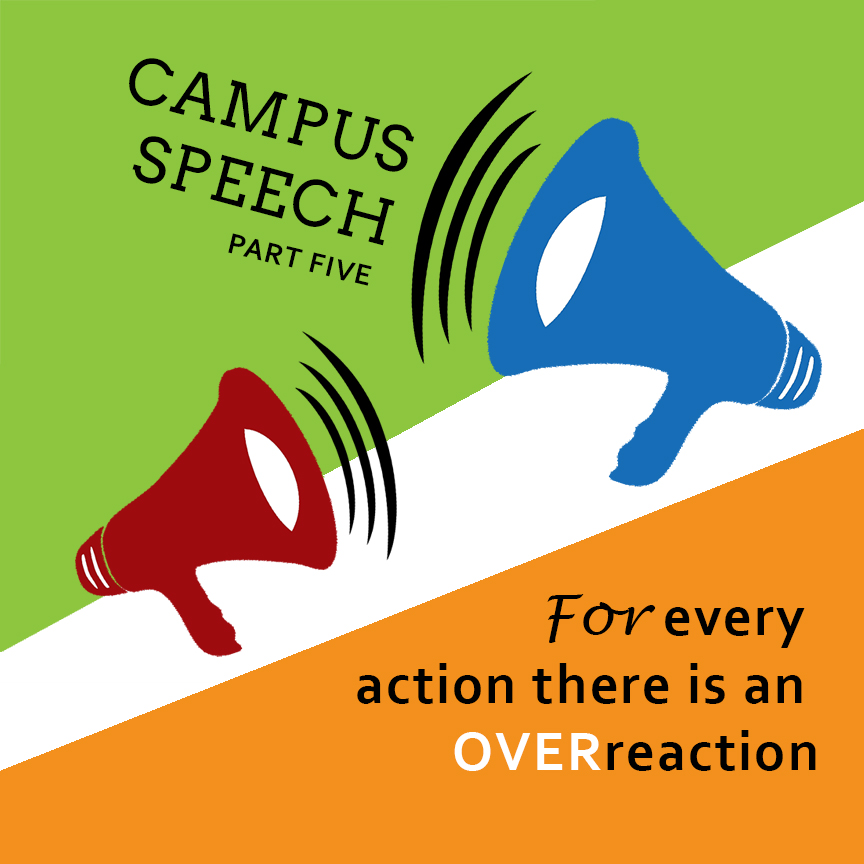 CAMPUS SPEECH PART FIVE – For every Action There is an Overreaction

I am not sure if the headline of this piece describes a real law of physics.  Science was never my strong suit.

But it does describe a law of politics.  And a bill pending in the State of Michigan illustrates the point.

The bill, co-sponsored by Republican State Senator Patrick Colbeck, is titled the “Campus Free Speech Act.”  It purports to assure that “ANY PERSON LAWFULLY PRESENT ON CAMPUS [has] THE RIGHT TO PROTEST OR DEMONSTRATE THERE BUT MAKING CLEAR THAT PROTESTS AND DEMONSTRATIONS THAT INFRINGE UPON THE RIGHTS OF OTHERS TO ENGAGE IN OR LISTEN TO EXPRESSIVE ACTIVITY ARE NOT PERMITTED AND ARE SUBJECT TO SANCTION.”

Given the timing of the bill, it is reasonable to assume that the bill is inspired by controversies over campus speakers, many of whom lean to the conservative side.  In a statement relating to the bill’s introduction, Senator Colbeck alluded to a cancelled appearance by Ann Coulter at Cal Berkeley.

The bill’s sentiment – to protect First Amendment rights – seems to make sense on its face.  But maybe it doesn’t.

Among the bill’s provisions is one that says students “who have twice been found responsible for infringing upon the expressive rights of others,” could be suspended for a year or even expelled permanently.

“Infringe” is sort of a fuzzy word. Does it mean some sort of physical impediment? Does it include a scenario where speakers simply don’t want to hassle with protestors?  The former seems like conduct that a school can sanction. The latter seems like a big overreach.

And if it’s simply an effort to address some sort of physical act, there are already plenty of laws that address the situation.  Laws such as trespass, disturbing the peace and other “time, place and manner” restrictions can prevent truly problematic behavior.    And the First Amendment allows for the prevention of even less tangible conduct – like incitement to riot and threats.   The Michigan bill’s use of the malleable term “infringe” opens the door for more severe restrictions on protest speech.

Michigan is only one of several states that have adopted or introduced similar legislation.  A Wisconsin bill contains virtually identical language.  That is not a coincidence.  NPR has reported that the bills are based on a model written by the Goldwater Institute.

I thought Barry Goldwater and his adherents believed in limited government above all else.  This unnecessary bill seems like an expansion of government.   Senator Goldwater is likely rolling over in his grave.