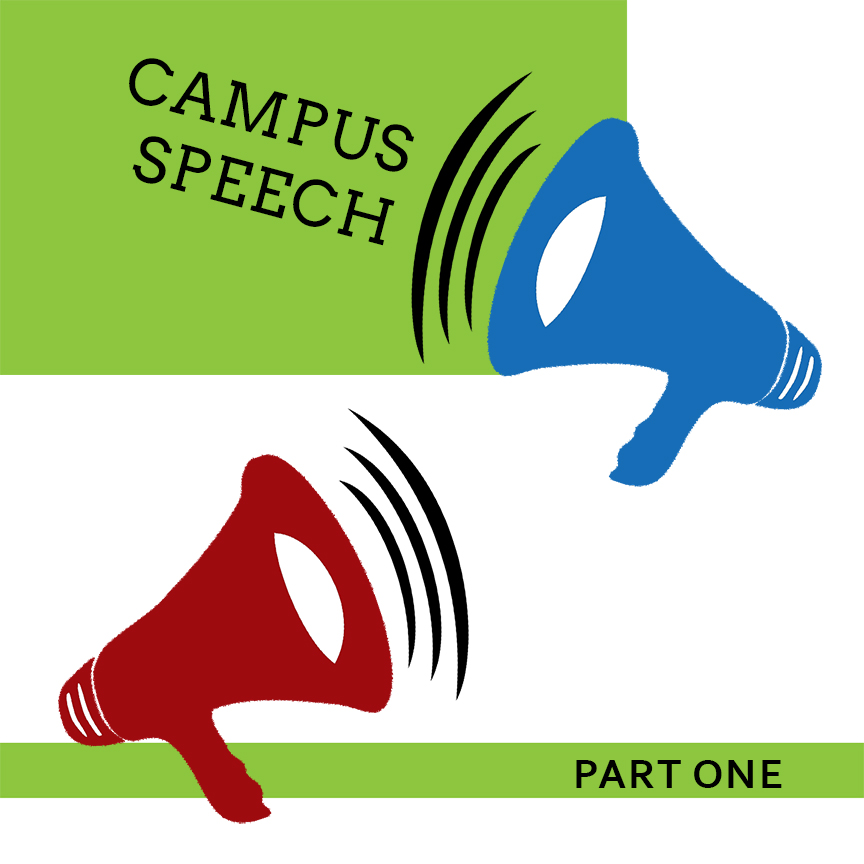 I have gotten intrigued with the First Amendment implications of campus speech. And by “campus speech” I’m referring to the controversies that seem to increasingly pop up when colleges invite speakers with whom segments of the campus community disagree.

The First Amendment purist in me sees it as a pretty simple issue – if you don’t like what a speaker has to say don’t go. But better yet, go and listen. You might change your mind. Or you might get insight on how to more effectively debunk what the speaker has to say.

Having said that, I realize the issue is not as black and white for some folks, who are not happy with a school they love providing a platform to a racist or a sexist, or, in many cases both. And others are concerned with quality control. Milo Yiannopoulos, who has stirred up a lot of attention on various campuses is, by any objective standard, an idiot. So one wonders if there shouldn’t be some minimal achievement standards to garner an invitation. But I digress.

I plan to write a series of posts on the issue. I don’t think I’ll solve the question, but I hope it generates some discussion. This is an interesting article about a lawsuit arising from the efforts at Cal Berkeley to maintain order in the face of controversial speakers. The campus has limited times when speakers can appear, and insisted on their speaking at a designated venue on campus.

The Berkeley College Republicans and the Young America’s Foundation filed a lawsuit claiming the school’s actions violated the groups’ First Amendment rights. Berkeley has filed a motion to dismiss.

The case is likely to be determined on the basis of whether the policies are reasonable “time, place and manner” restrictions. Parade permits are a good example. A city likely will insist that parade organizers obtain a permit before they can assemble. And it’s likely there won’t be any permits allowing a parade down the main street at rush hour. The key, however, is that everyone is subject to the restrictions. So whether it’s the Daughters of the American Revolution or the Hell’s Angels the rules apply the same.

And that is the rub in the Berkeley case. The plaintiffs contend that the regulations seem to apply only to conservative speakers. The lawsuit cites examples of other speakers, not identified as “conservatives” being given better times and venues. The school contends those speakers did not inspire security risks.

The school may ultimately prevail, but I suspect not on a motion to dismiss. A motion to dismiss is filed early in a case and it’s granted only if the law compels the result. Where there are contested facts, it’s typically denied.

Berkeley’s defense – that certain speakers raise security risks that others don’t – sounds pretty factual to me. Look for this case to linger.