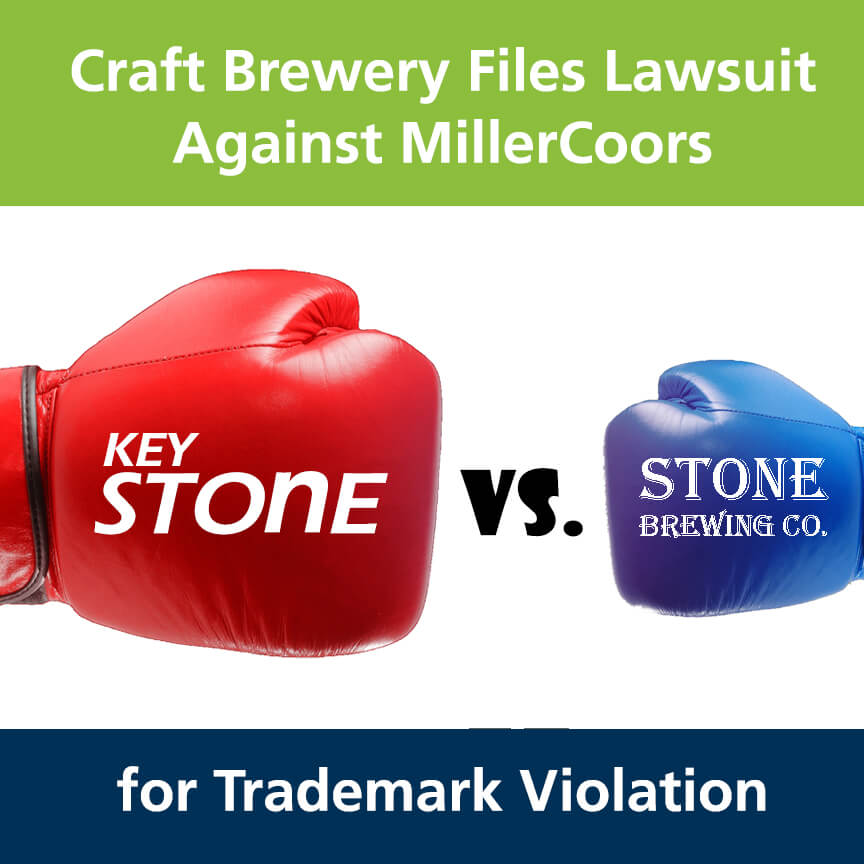 Stone Brewing Co., LLC is often considered among the founding fathers of the craft beer industry.  The Southern California brewery was founded by Greg Koch in 1996, and has long embraced an alternative ideology when it comes to beer making and business in general.   Fast-forward to 2018, and Stone Brewing is now suing MillerCoors LLC for trademark violation for using the word “STONE” in reference to its longstanding Keystone brand.

The complaint alleges, among other things, that MillerCoors recently rebranded its Colorado Rockies-themed “Keystone” beer as “STONE”, and is now “falsely associating itself with Stone’s well-known craft brews.”  Stone Brewing has held a registered trademark for “STONE” since 1998, and the mark has appeared consistently on its beer labels ever since.  Stone Brewing also alleges that the Keystone brand has suffered in recent years, including a 25% drop in sales from 2011 to 2016.  The complaint further alleges that MillerCoors dropped the “Key-” in an effort to reinvent the brand and ride the coattails of the craft industry.

Stone Brewing also points out that MillerCoors has engaged in an aggressive marketing campaign emphasizing the word “STONE” since the rebranding in April 2017, and that this is further evidence of an effort to “capitalize on the goodwill and recognition associated with the STONE® mark and brand”.

To make matters more interesting, MillerCoors applied to register “STONES” as a trademark in 2007, but was denied by the U.S. Patent & Trademark Office (“USPTO”) on the basis that “STONES” was likely to cause consumer confusion with the “STONE” trademark previously registered by Stone Brewing.  Not surprisingly, Stone Brewing argues that this put MillerCoors on notice, and therefore demonstrates a level of willful infringement of their mark.

The dispute has turned into a bit of a spectacle, as Koch released a colorful video statement accompanying the complaint, arguing that MillerCoors is “deliberately creating confusion in the marketplace”.

MillerCoors spokesman Marty Maloney publicly responded to the lawsuit and video statement, referring to both as a “clever publicity stunt”.  Maloney also stated that Keystone beer debuted in 1989, and that consumers have referred to their product as “stone” long before Stone Brewing’s founding in 1996.

When Life Gives you Apples, Alternate Your Brewery Premises and…