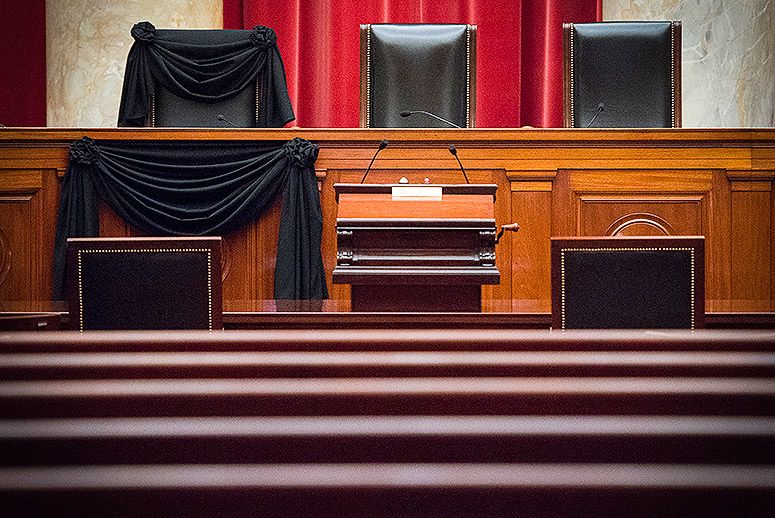 A theme in this blog has been that looking at the US Supreme Court only through the usual lens of party politics is a distortive lens: i.e. the Blue-Red Goggles (“BRGs” for short). If we put those BRGs aside, we can see a creative judicial process at work involving, for now, eight justices who are more three-dimensionally, more realistically human than is revealed by the flattening effect of BRGs.

Two SCOTUS decisions yesterday support our theme. By the way, a Court of only eight Justices is a great time to learn about how the Court works; it’s like a lab experiment that changes one variable and thereby gives more insight. One of the cases involved a challenge to the constitutionality of requiring public sector teachers to pay union dues as a condition of employment. The other case involved a challenge by religious organizations to the constitutionality of including contraception in health insurance plans.

BRGs would have wrongly predicted a 4-4 deadlock in both cases. Instead, we see eight Justices taking a much more nuanced and creative approach to case-by-case-problem-solving.

A non-distorting lens on how the Court works is important in the current debate over filling the empty chair on the bench. History teaches that once a person puts on the lifetime-appointment robe of Supreme Court Justice, he or she puts on the robes of an independent judiciary. Once the robe goes on, plenty of Justices in plenty of cases have surprised and disappointed the special interest groups that pushed for their appointment. The current debate is laced with the historically weak assumption that the robes of independence won’t make a difference.

In my first job after law school, I served as a federal district court law clerk in Chicago for a remarkable judge with a busy and Chicago-tough docket. I watched the judge struggle with weighty decisions, like watching him send a businessman-gone-astray to jail as the young family looked on. And I felt the silence after the sentencing as we returned to the judge’s chambers and watched the judge close his door to be alone for a while before going back out for his next case. This wasn’t about politics. It was about the hard, real job of judging and justice.