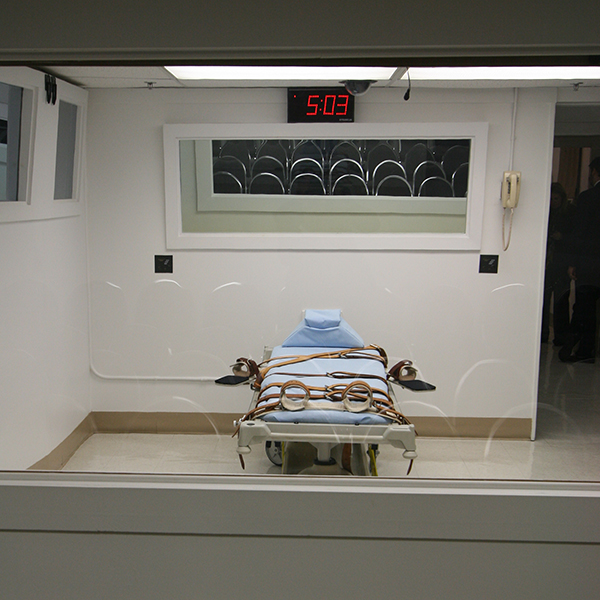 In December of 2014, Ohio legislators, petrified by the prospect of not being able to execute people by lethal injection enacted  unprecedented and sweeping legislation that in their minds would allow the carnage to continue.  Apparently, manufacturers of the drugs used in the executions were subject to protests and boycotts by death penalty opponents.  In some cases, these manufacturers were considering getting out of the death business.  The legislature’s solution was to simply place the public in the dark and freeze it out of the process entirely.

The law is terrible from a policy perspective.  It takes away from the public and the press the ability to act as a watch dog over the process.  Are the manufacturers over charging for the drugs? Are the drugs tainted? Are there kickbacks that give one party a leg up on the other?  Under this law, good luck getting to the bottom of those questions.  Corruption and misfeasance, like vermin, thrive in dark places.  The Ohio legislature and HB 663 created the perfect environment for mischief.

The law seems unconstitutional for any number of reasons.  No other vendor who does business with the state gets this type of anonymity, immunity from licensing or the ability to sue citizens for the ghastly crime of identifying them.  That seems like an equal protection issue.

In addition, the notion that the legislature can tell a court what to do with its records seems like a separation of powers issue.  Finally, the prospect of imposing a criminal penalty for publishing the identity of a state vendor seems like a First Amendment issue.  Those are just the ones off the top of my head.

Unfortunately, though, we may need to wait for a successful challenge to this ridiculous law.  In Phillips v. DeWine, the Sixth Circuit Court of Appeals recently ruled that a group of death row inmates lacked standing to challenge the law’s constitutionality.  In the court’s view, the inmates did not suffer any “distinct and palpable injury” from the operation of the law.

The bad news from the decision is that the law survives.  The good news is that, because the primary basis of the decision was that the plaintiffs lacked standing, the substantive arguments may live to see another day.  And the court noted that it was not deciding on whether the law infringed on the right of the public to attend executions.

Ideally, the right circumstances will present themselves to allow a successful challenge to this law.  There is no reason why critically important public information should be hidden from the public solely to allow the perpetuation of the death penalty.