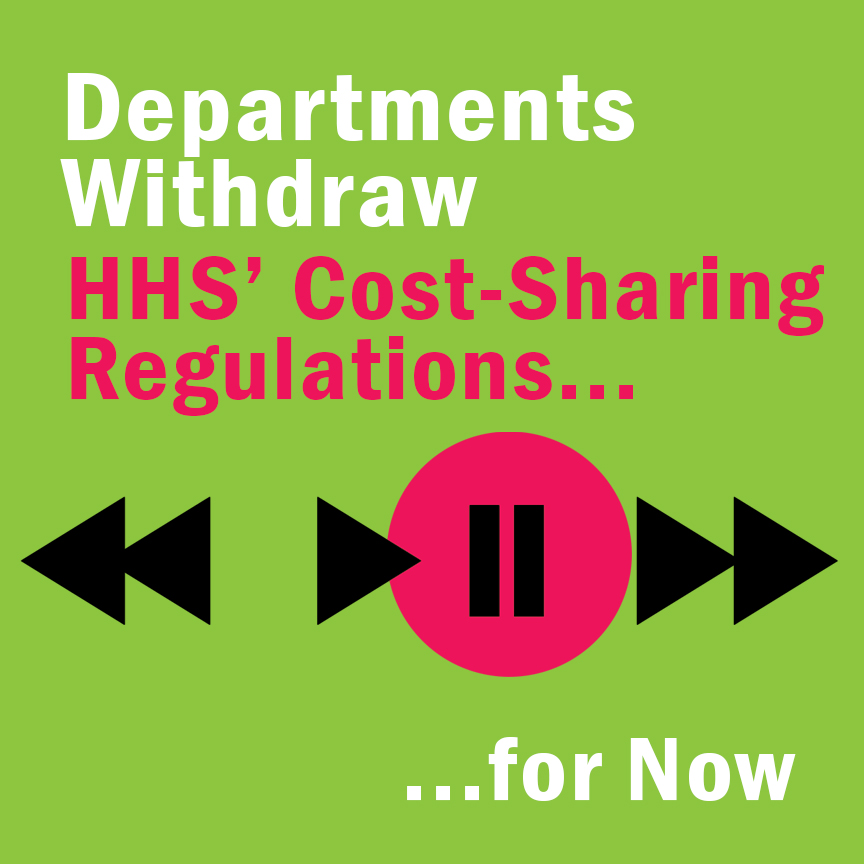 In April 2019, the Department of Health and Human Services (HHS) issued final regulations that were set to become effective January 1, 2020. HHS had expressed concern that the availability of a coupon may cause physicians and patients to choose an expensive brand name drug when a less expensive and equally effective generic or other alternative is available, and the finalized cost-sharing regulations were established to counter this concern. The new regulations stated that financial assistance provided to plan participants by drug manufacturers to reduce or eliminate out-of-pocket costs is not required to be counted toward the annual out-of-pocket maximum where the prescription was for a brand drug that has an available and medically appropriate generic equivalent. HHS, the Department of Labor, and the Treasury Department (the “Departments”) acknowledged that it was reasonable to interpret this rule to mean that plans must count all forms of assistance not specifically excluded by the regulations towards the annual out-of-pocket maximum.

Due to this conflict between the cost-sharing regulations and IRS guidance, the Departments stated in the FAQ that, until joint guidance is issued and effective, the Departments will not penalize a group health plan that does not comply with the new HHS regulations. This FAQ guidance means that group health plans may exclude the value of drug manufacturers’ coupons from the annual limitation on cost sharing in all circumstances until further notice. When further guidance has been issued, we will provide an update on the Benefits Insight Blog.

Revised CHIP/Medicaid Assistance Notice Needs to be Provided to Employees