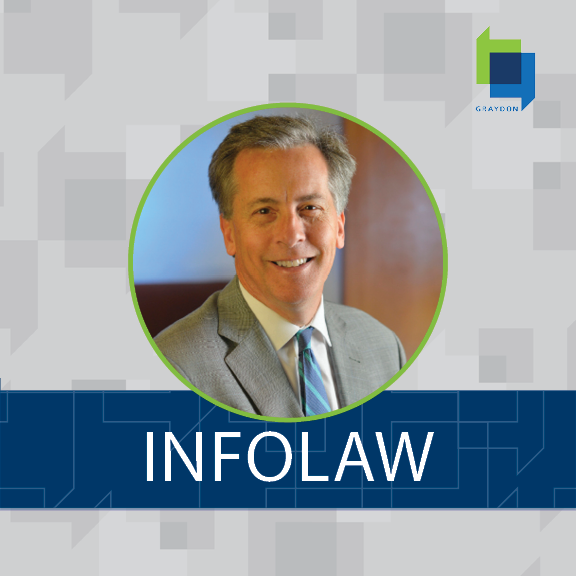 Let’s start this column with a quick question. How many of my readers have heard of DJ Logic? I obviously can’t see hands out there, but I’m going to guess there aren’t a lot of them shooting up in the air.

By way of background, “DJ Logic” is the stage name for Lee Jason Kibler. According to the court, Kibler uses turntables and others’ vocals to produce music containing jazz and funk elements, among others. He has performed and released several albums under the name “DJ LOGIC” since 1999 though he currently has no record deal. Kibler registered “DJ LOGIC” as a trademark in 2000, allowed the registration to lapse in 2003, and re-registered the name in 2013.

Hall has performed under the name “LOGIC” since 2009. He previously used the names “Young Sinatra” and “Psychological.” (Editor’s note – my mom is turning over in her grave thinking that a rapper called himself “Young Sinatra”).

In September 2012, Kibler’s attorney sent Hall’s people an email ordering them to stop using the name “LOGIC” and to recall any product or advertisement that did. In January 2014, Kibler filed suit against Hall in the U.S. District Court for the Eastern District of Michigan. In March 2014, Hall delayed his tour and first album release due to ongoing settlement negotiations that ultimately collapsed. Hall’s album was released in October of 2014. It sold over 170,000 copies.

In May 2015, Hall moved for summary judgment on all of Kibler’s claims. The trial court granted the motion. Kibler (“DJ Logic”) appealed. It did not go well.

While the appeals court applied a multi-factored test to determine if the DJ Logic trademark had been infringed, the reality of DJ Logic’s obscurity was a major stumbling block. As the court noted, Kibler was required to “offer evidence that would permit a reasonable jury to determine that wide segments of the public recognize ‘DJ LOGIC’ as an emblem of his music. This means ‘extensive’ marketing and ‘widespread’ publicity around the music and mark.” Kibler couldn’t satisfy that evidentiary requirement, likely because there was none to offer.

One interesting side note to the case was Hall’s use of social media as evidence in his favor. He pointed out that Kibler failed to provide evidence of the number of Facebook “likes” or Twitter followers DJ Logic attracted. In Hall’s view, this allowed the court to make an inference that there weren’t many. Hall also pointed out that while DJ Logic appeared on several television shows, including The Tonight Show with Jimmy Fallon and Good Morning America, those appearances were in a supporting role only.

The court also was skeptical about the likelihood of confusion – a factor in the analysis. Kibler offered evidence of at most ten instances of actual confusion. These included tweets and webpages advertising a performance by “DJ Logic,” but meaning Hall; an email offering to book “DJ Logic,” but meaning Hall; and inquiries about whether Kibler would be performing somewhere advertising “Logic” and referring to Hall. Neither the trial court nor the appellate court were swayed. The court suggested the ten instances paled in comparison to Hall’s 170,000 album sales and popularity on YouTube, Facebook, and Twitter. The court also indicated computer error, rather than human error caused the confusion on the webpages.

The bottom line was that Kibler and his alter ego DJ Logic didn’t have much of a mark to protect. And as so often happens, the “no harm, no foul” concept carries the day. Which is logical when you think about it.

A New Jersey lawyer named Richard Kitrick was the subject of a negative review and he is, as you can imagine, not happy about it. The main reason for his upset is the fact that he claims to never have represented the reviewer. In my experience, I typically have to actually do work for a client before they’re dissatisfied.

Kitrick, however, took it out not on the party who submitted the review, but rather on Google, where the review was posted. That may prove to be a questionable legal strategy.

Kitrick filed a complaint against Google in a New Jersey state trial court. He claims that despite his repeated demands that Google take the bogus review down, Google ignored his pleas. In Kitrick’s view, that violates Google’s own policies about third party content. According to Kitrick, in its Terms of Service, Google reserves the right to review and remove commentary that violates Google’s policies. Among those policies is a provision in Google’s “Posting Policy” which says “Don’t post fake reviews.” So, if you connect the dots, as Kitrick sees it, Google clearly failed to follow its own policies by not responding to Kitrick’s demands.

Kitrick’s facts may be true (and of course, I am going off his complaint, so I don’t know for sure that they are) but even if they are, I’m not sure this case has much of a future. And I say that for two reasons.

First, Google did what companies should almost always do – adopt guidelines, not hard and fast rules. Here’s what the Google terms say about posting content: Our Services display some content that is not Google’s. This content is the sole responsibility of the entity that makes it available. We may review content to determine whether it is illegal or violates our policies, and we may remove or refuse to display content that we reasonably believe violates our policies or the law. But that does not necessarily mean that we review content, so please don’t assume that we do.

This means of course, that Google never promised Kitrick (or anyone) that it would do much of anything. Indeed, Google makes it pretty clear that it’s not committing to anything really. That may be frustrating for Mr. Kitrick, but it really dooms a contract based claim. And that is exactly why it makes sense for companies to phrase things as Google did here. Circumstances change and facts differ. It makes sense to avoid getting boxed in.

And the lack of a definite promise is only one of Kitrick’s problems. The other is statutory. Under the federal Communications Decency Act, an interactive computer service provider is not considered the publisher of third party content. Here, Google is an interactive computer service provider and the content at issue – the allegedly bogus review – was provided by a third party. Google isn’t liable for it. And the fact that Google may occasionally (but not always) remove offensive content does not jeopardize the statute’s protection. The law expressly provides a “Good Samaritan” provision that says the provider does not lose the protection if it restricts access to material it considers objectionable.

I suspect Mr. Kitrick will not post a negative review about himself, but I have a feeling he is not going to be satisfied with the results of this lawsuit.