Does Your Plan Document Give Appropriate Discretion to the Plan Administrator? 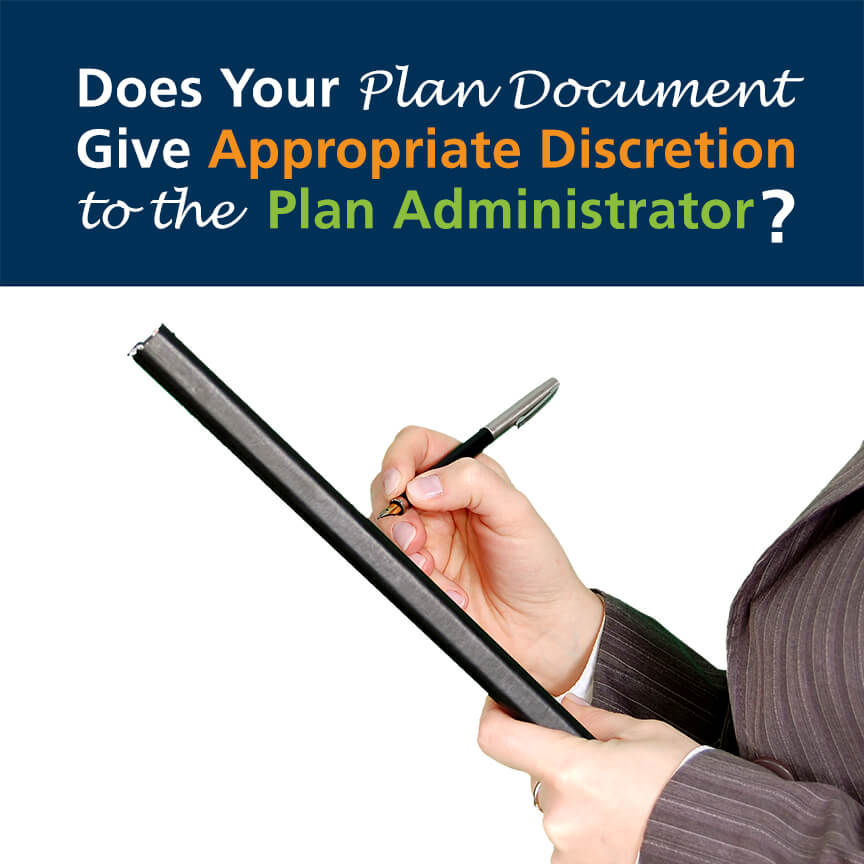 Does Your Plan Document Give Appropriate Discretion to the Plan Administrator?

When a plan does not have a lawful delegation clause, all Circuits that ruled on this issue agreed that the interpretation of plan language was to be reviewed under a de novo standard, as required by the Supreme Court’s Firestone decision. But instead of also applying Firestone to the administrator’s factual findings, the Fifth Circuit differed from every other Circuit, and for a quarter of a century ruled that the factual findings were to be reviewed under an abuse of discretion standard.  But earlier this month, the Fifth Circuit has overturned its prior holding in an en banc decision (Ariana v. Humana Health Plan of Tex.), and ended the circuit split that it alone created. Now all Circuits agree that when the plan documents do not have a lawful delegation clause, both the administrator’s interpretation of plan language and factual findings will be reviewed de novo.

The take away for plan administrators remains the same as in our previous blog post on the topic. In order to allow for a plan administrator to have a maximum amount of deference, your plan documents should include a provision that gives the plan administrator discretion in interpreting plan language, making factual determinations, and applying facts to the plan.

The Cadillac Tax – Not Repealed but Delayed Again

And The Gold Medal Goes To … A Winning Strategy…