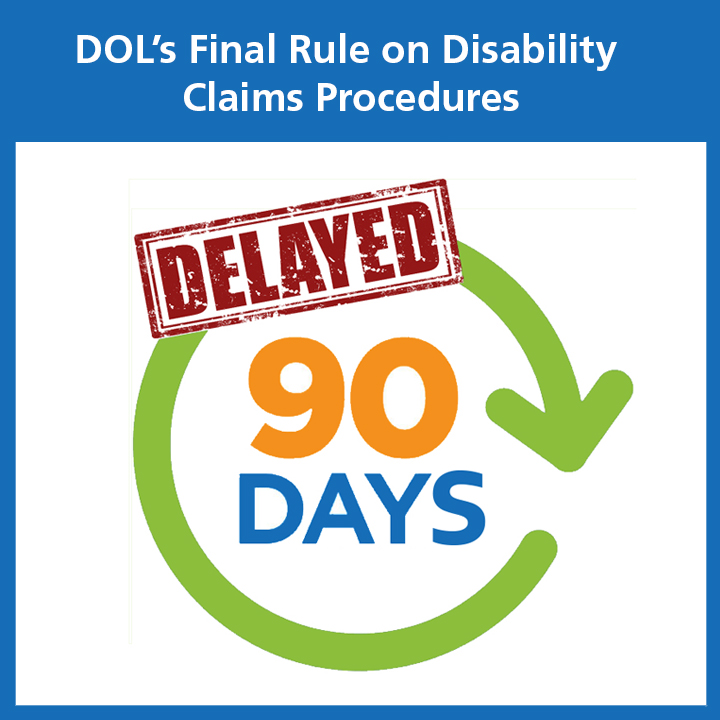 Last December, the DOL announced the release of regulations that would operate to modify existing administrative procedures for certain disability claims. These regulations, effective on January 18, 2017, were to be applied to claims for disability benefits filed on or after January 1, 2018. As outlined in our previous blog post, some of the most significant changes to the disability claims procedures are beefed-up disclosure requirements. Under the January 2017 Regulations, certain plan sponsors would need to amend their plan documents to comply with these additional disclosure requirements and revamped procedures for handling claims for disability benefits.

Last Friday, the DOL announced that there would be a 90-day delay of the original applicability date of January 1, 2018 until April 1, 2018. In this guidance, the DOL indicated that in light of the Executive Order issued by President Trump earlier this year more time was needed to evaluate the January 2017 Regulations.

In accordance with the Executive Order, the DOL is examining alternatives to the January 2017 Regulations that might avoid, “unnecessary costs and adverse consequences.” On or before the expiration of the 90-day delay, the DOL will either withdraw, amend or retain the January 2017 Regulations. Although the DOL determined a longer delay was not warranted, another delay is at least possible.

We will continue to monitor the guidance issued by the DOL and provide updates as more information is made available.