DON’T PANIC! EVERYTHING IS ESSENTIALLY THE SAME: The Supreme Court Rules on Title VII 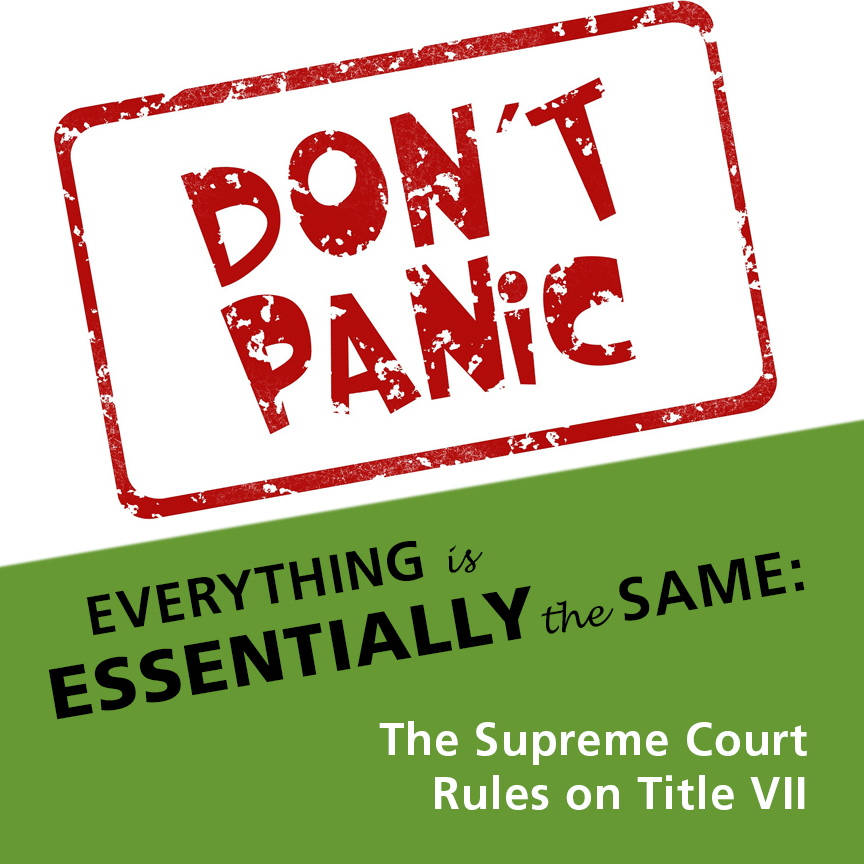 DON’T PANIC! EVERYTHING IS ESSENTIALLY THE SAME: The Supreme Court Rules on Title VII

If you read the headlines on Monday, you might have thought for a brief moment that it marked the end of the Equal Employment Opportunity Commission (EEOC). Employers may have initially been filled with glee, only to realize that elimination of the EEOC would lead to an increase in lawsuits. But, it’s a new dawn, the dust has settled and it’s clear that everything is pretty much the same. What am I talking about? On June 3, 2019, the Supreme Court spoke in a unanimous decision authored by none other than the notorious RBG (Ruth Bader Ginsburg).

The case is Fort Bend City. v. Davis. There, a former Fort Bend County, Texas, worker Lois Davis filed a religious discrimination, sexual harassment, and retaliation claim against the County. The District Court granted the County’s Motion for Summary Judgment, but on appeal, the United States Court of Appeals for the Fifth Circuit reversed the dismissal of Davis’ religious discrimination claim and sent the case back to the District Court. Years later in the litigation, the County, for the first time, asserted that dismissal was proper because the District Court did not have jurisdiction over the religious discrimination claim because it had not been asserted in her administrative charge with Texas’ EEOC equivalent before she sued in federal court (a prerequisite under Title VII). Lois did however write “religion” in the margin of a form supplementing her retaliation and sex discrimination charge. The District Court agreed and dismissed the case. The Fifth Circuit again reversed the District Court, holding that Title VII’s charge-filing requirement is not jurisdictional and that the County had waived the defense by waiting too long to assert the procedural defense, prompting the County to appeal to the Supreme Court. Not surprisingly, the Supreme Court agreed.

So what does the decision mean?

What doesn’t the decision mean?