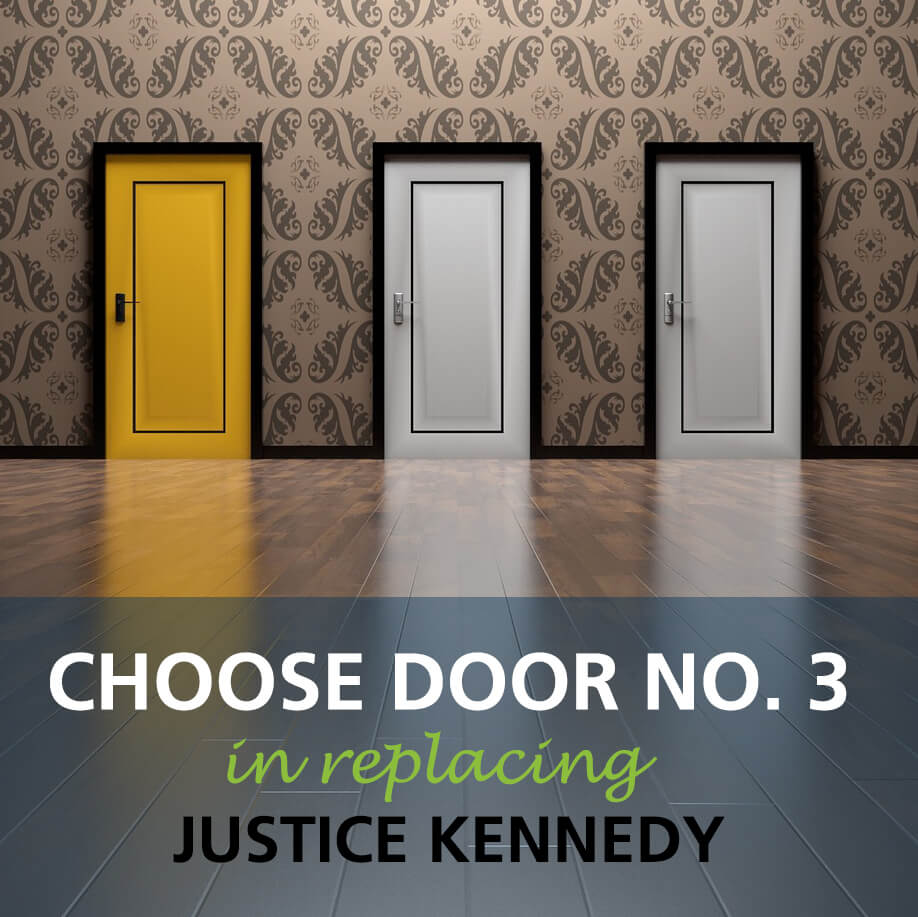 With Justice Kennedy’s retirement in July dovetailing into the Fall midterm elections, can We the People have a constitutional conversation, or just a political one? Partisan hyper-politics will line up red versus blue, liberal versus conservative, either-or, door number one or door number two. But let’s remind ourselves there’s a door number three. It’s called the Constitution and was designed to unite us rather than divide.

Why should we try door number three of constitutional conversation? Because we could all use some civic encouragement.

First, think Next Gen. Our constitutional conversation may encourage a better passing of the torch from one generation to the next. The Constitution reminds Boomers in the Preamble: this is not only for ourselves but for our posterity. America’s constitutionalism isn’t on autopilot. Each generation needs constitutional encouragement, learning and civic inspiration.

So let’s ask ourselves: Are we inspiring the next generation as citizens? Are we committed to the civic education for all the people? Are we setting good examples for the daughters and sons of our liberty? Will the Supreme Court nomination process set a good example or not?

As Justice Kennedy wrote in 1989: “The hard fact is that sometimes we must make decisions we do not like.” Or, as Justice John Marshall, America’s first defining justice defined the role: “We must never forget that it is a Constitution we are expounding.”

In the spirit of liberty that is not too sure it is always right, the Constitution allows a justice the freedom to change over time. Supreme Court history shows that once the black robe goes on and lifetime tenure sets in, individual justices may very well change and evolve in their views, departing from the origins and so-certain predictions of their appointment. Doors number one and two don’t lead down predictably certain roads.

So, in the coming months, how about making the Constitution your summer read. It’s only 8,000 words, about the length of the average short story. Let some curious kids see you reading it.