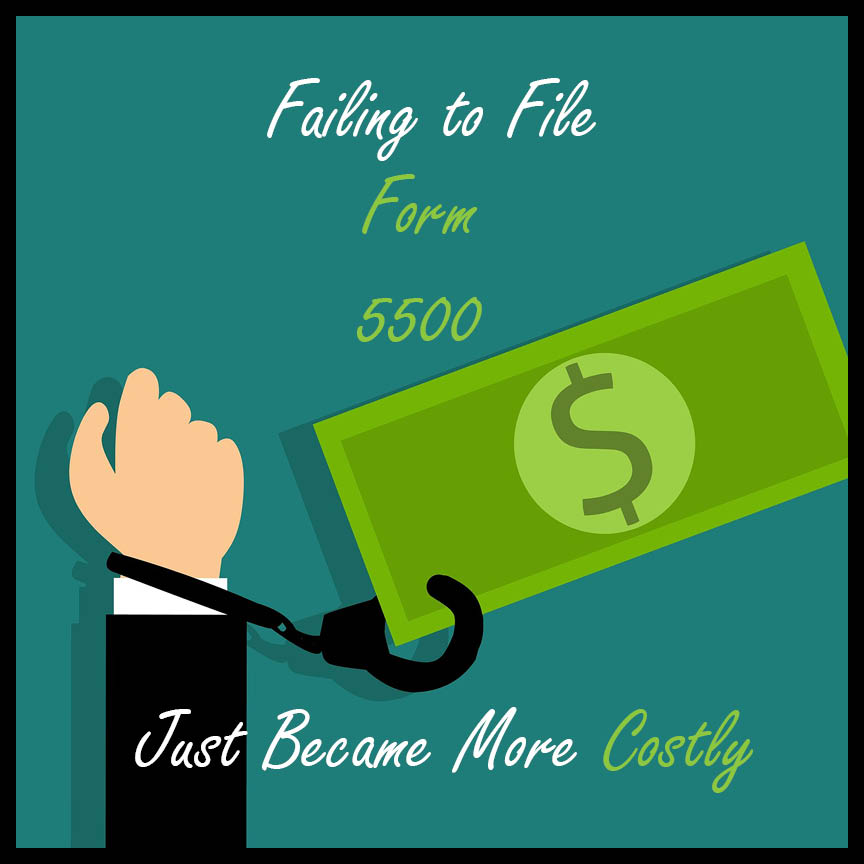 Changes have been made to the penalties that may be assessed against employers since our last article on Form 5500 filings. As a reminder, Form 5500 is the information return that must be filed by most employee benefit plans subject to ERISA (unless an exception applies), and failure to file this annual return for a plan can result in assessment of penalties by both the IRS and DOL. Recently, the SECURE Act has given the IRS more teeth by increasing the maximum permitted penalties tenfold, but it still remains the case that the DOL penalties are more severe.

Even with the increase in the IRS penalties, they still pale in comparison to the penalties that can be assessed by the DOL. The DOL has the authority to assess penalties on all plans under Title I of ERISA, with the penalty for a late filer being $2,194 per day (adjusted for inflation for penalties assessed after January 23, 2019), with no maximum.

Because of the severity of the penalties, it is important to know what steps can be taken if you have missed a filing deadline. To be eligible to reduce potential penalties through the DOL’s Delinquent Filer Voluntary Compliance Program (DFVCP), a taxpayer must comply with the requirements of the program and must not have been notified in writing by the DOL of a failure to file a timely report. Because correction under the DFVCP cannot be started once notified by the DOL, time is of the essence when an error has been made.

If you have any questions regarding Form 5500 filing requirements or the DOL correction program, please contact a Graydon attorney.

HIPAA Goes Back to School

An Early Christmas Present from the IRS-New Form 1095 Transition…