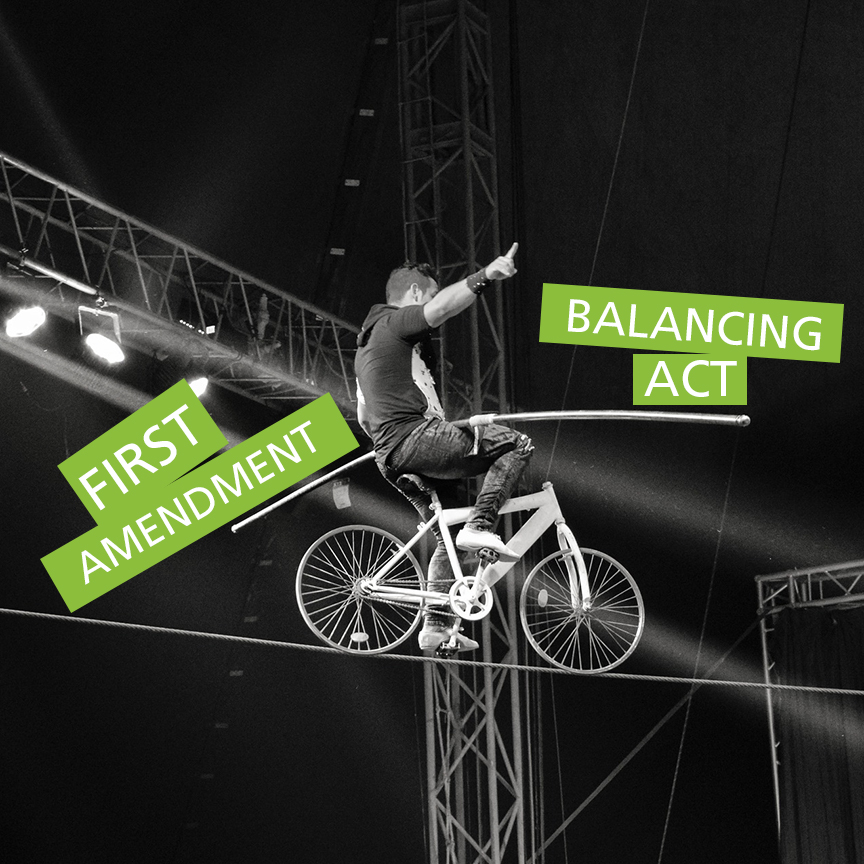 Joshua Kolton, a friend of mine from San Francisco, recently won a partial victory in a case before the Sixth Circuit Court of Appeals that posed an interesting balancing act for the court.  In Signature Management Team, LLC v. John Doe, the Signature company alleged that an anonymous online poster infringed Signature’s copyright when the poster made an entire copy of a Signature book available online.

Because Signature didn’t know the poster’s identity, it sued “John Doe” (colleague of mine once filed a suit against an anonymous defendant, and reasoned that since he did not know the person’s gender, it would be appropriate to sue “Pat Doe”  — but I digress).  The anonymous poster, represented by Mr. Kolton, argued that the court did not need to unmask his identity to provide relief to the Signature, and in any event, his right to speak anonymously was protected by the First Amendment.

The trial court granted summary judgment in favor of Team and issued an injunction requiring Doe to destroy all copies of the work in his possession.  But the court allowed Doe to remain anonymous, finding that it was unnecessary to unmask him to achieve the injunctive relief.

Team appealed that ruling to the Sixth Circuit Court of Appeals.  It argued that there is a strong presumption that judicial records should be open and that a party found to be a copyright infringer is not entitled to First Amendment right to remain anonymous.

This is not the first case to examine the right to speak anonymously online.  Lots of cases have examined the issue.  But in most cases, the question has been raised in the context of pre-litigation discovery.  In a common scenario, an anonymous poster writes something that offends the subject of the post.  The subject files a defamation suit against “John Doe” and asks the court to force the poster to identify himself.  Most courts then apply some sort of balancing test to determine if the underlying defamation suit has sufficient merit to proceed.  If so, it orders disclosure of the poster.

But this case is different, in that the poster was permitted to remain anonymous throughout the litigation and even after the court ruled against him.  On appeal, Team was essentially asking for a black and white rule – a losing party cannot stay anonymous.

But the Sixth Circuit saw shades of grey here.  It felt that there was still a balancing test in order – the court needed to balance the presumption of openness against the poster’s interest in remaining anonymous.  And courts are required to begin the process with a presumption in favor of unmasking:

But that doesn’t mean the anonymous poster has no rights.  In the Sixth Circuit’s view:

“[a]lthough Doe’s infringing speech is not entitled to First Amendment protection, that speech occurred in the context of anonymous blogging activities that are entitled to such protection. An order unmasking Doe would therefore unmask him in connection with both protected and unprotected speech and might hinder his ability to engage in anonymous speech in the future.”

The appeals court remanded the case to the trial court to apply the balancing test. We don’t know at this point how the case will turn out, but the mere fact that the poster retains a chance to stay anonymous is a win.