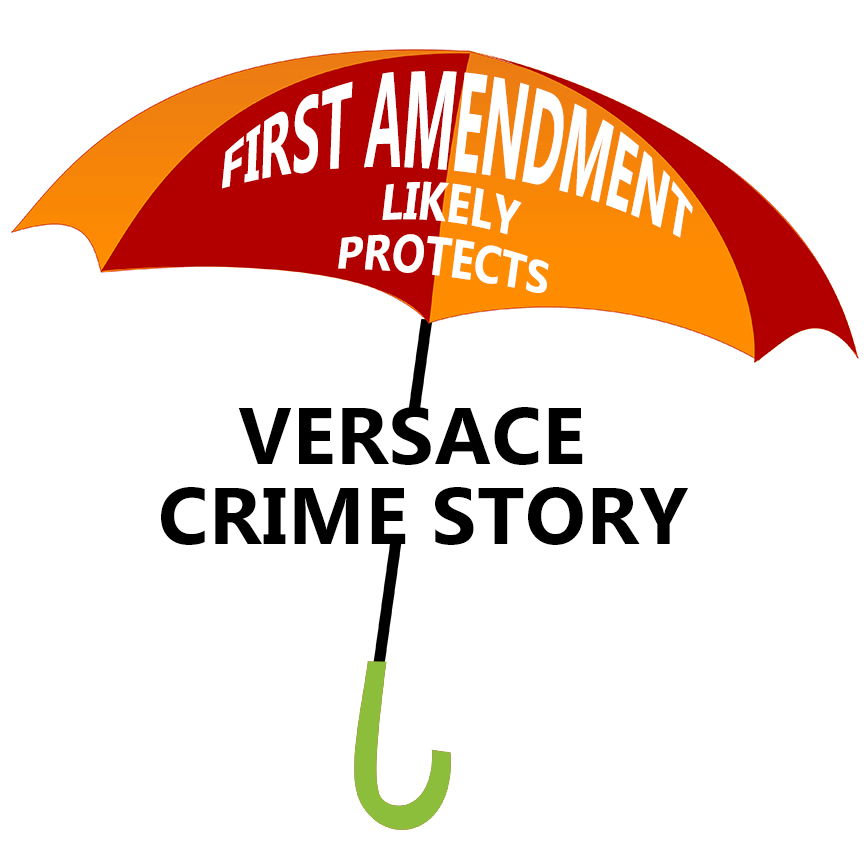 This was a first for me.  I saw a blurb with the headline:  “As Controversy Mounts Over Versace Crime Story, Is It Legal?”  So I pulled up the article on a blog called “The Fashion Law” and started reading the piece.  About three quarters of the way down, I see that I’m quoted.  Which is weird, because I never talked to anyone about the story.   It turns out they were quoting a previous blog post I’d done on a similar topic.  The Internet continues to shrink our world.

In any event, the piece from Fashion Law concerns an upcoming 9 part series on the FX network about the assassination of Gianni Versace. It’s by the same people who did the OJ series a few years back, which was riveting.  So, despite my lack of fashion sense I will be watching.

But Versace’s family apparently would prefer that I not.  According to the Fashion Law blog, the Versace family has released a statement letting us know that “The Versace family has neither authorized nor had any involvement whatsoever in the forthcoming TV series about the death of Mr. Gianni Versace.”  Which is kind of irrelevant.  Versace was a public figure and his killing was a matter of public concern.  If FX chooses to do a dramatization, they don’t need the involvement or permission of the Versace family.

The TV series is an editorial work, not commercial.  So while the Versace family could stop a product from using Versace’s name or likeness in a shoe endorsement,  they can’t stop a writer or film maker from telling the story.  And this makes sense, because if the Versace family (or any other famous person) had veto power, no one would ever write a critical piece about anyone.

If it turns out the dramatization portrays anyone in a demonstrably false and derogatory light, that person may have a defamation or false claim after the fact, but that’s the extent of the legal protection.  Except of course, not Gianni.  Dead people (nor their estate) can’t sue for defamation.

For now anyway.  Let’s not forget our President apparently plans to “open up the libel laws.”  Maybe he’ll throw the Versaces a bone.