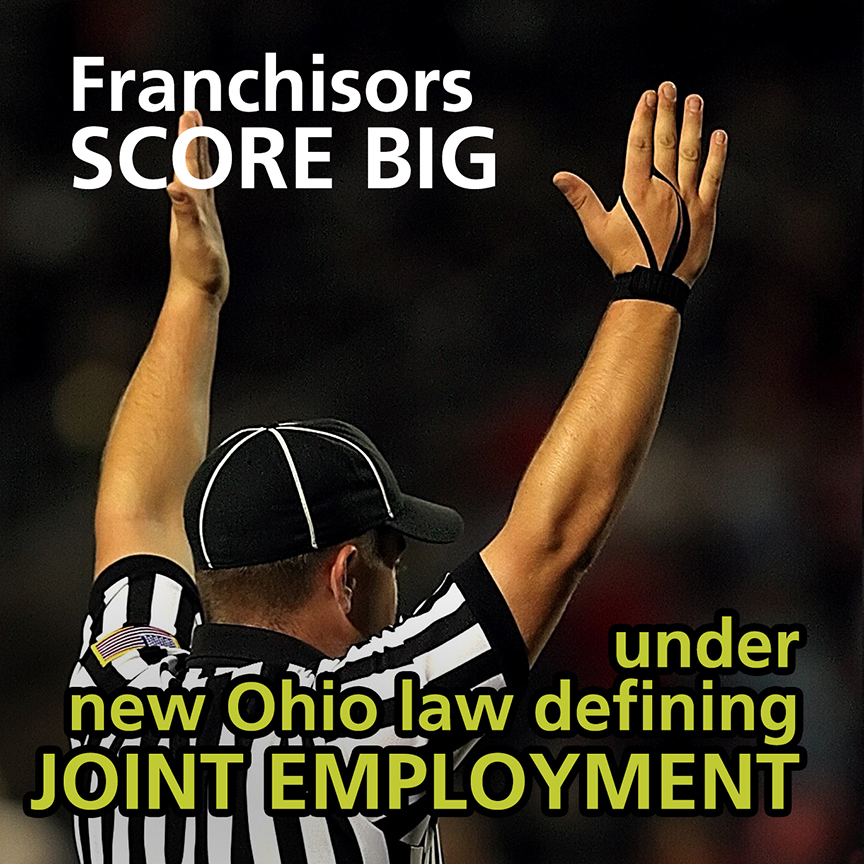 The NFL gave football fans the gift of two record-setting NFC and AFC Championship games last Sunday – both decided on controversial calls and crucial plays in the last seconds of overtime. Football fans relish intense battles that leave us on the edge of our seats until the final whistle blows. Yet most fans agree – our desire for uncertainty ends at the edge of the field. In the employment world, the NLRB has frustrated employers with uncertainty for years while fumbling its competing decisions and public rulemaking that define “joint employment” for federal labor laws.

The Ohio legislature has sought to end this game of uncertainty with recent legislation that limits the definition of “employer” for franchisors under Ohio’s minimum wage, bimonthly pay, workers’ compensation, and unemployment compensation laws. Effective March 20, House Bill 494 amends these laws so franchisors will not be deemed joint employers with their franchisees unless:

These changes do not impact state or federal employment discrimination claims, claims under federal laws, or OSHA. And the NLRB’s final rulemaking on joint employment under competing federal law should impact these changes to Ohio’s minimum wage and overtime laws. The changes to Ohio’s bimonthly pay, workers’ compensation, and unemployment compensation laws should stand as they have no federal counterparts – affording franchisors more certainty in the joint employment arena.