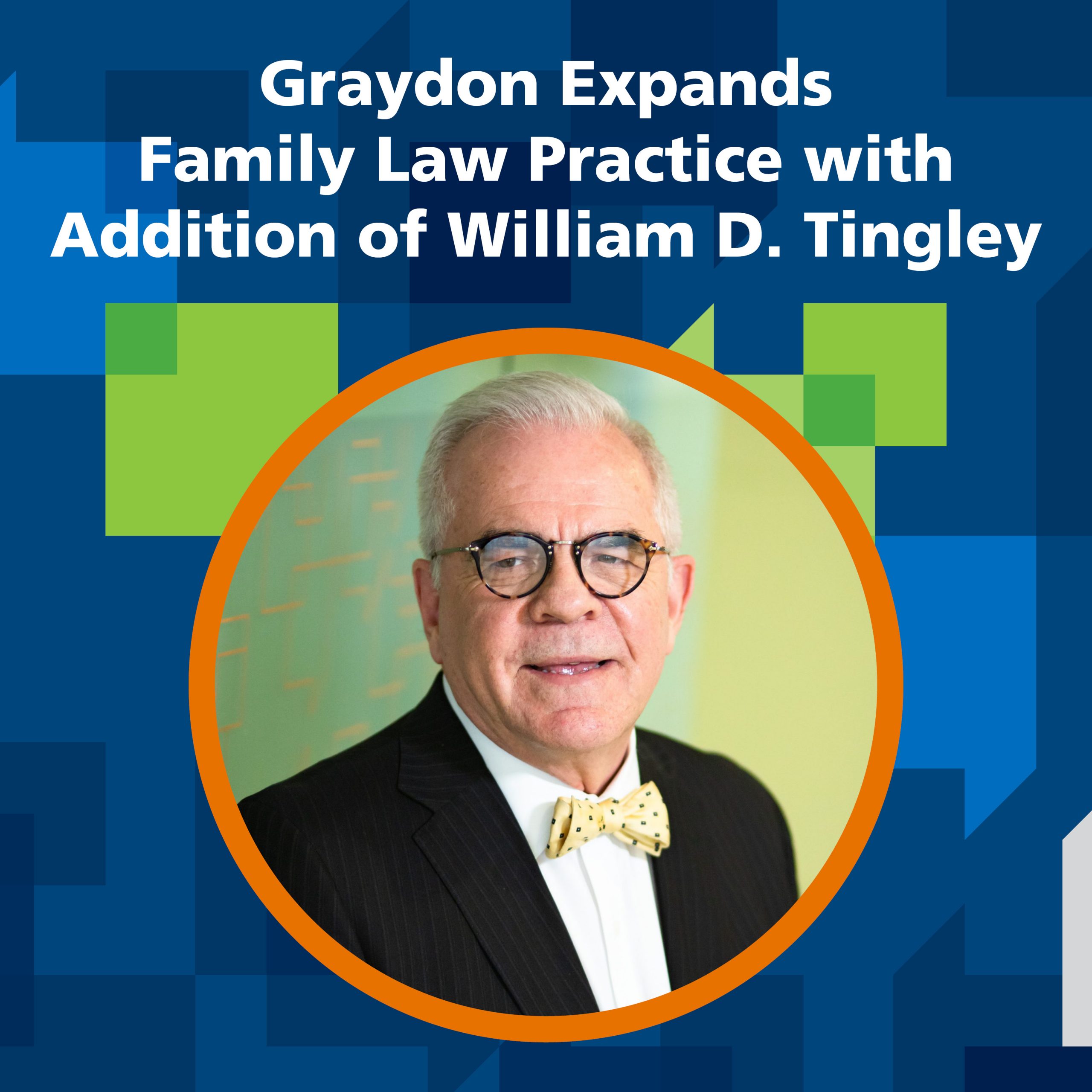 Graydon is pleased announce the addition of William D. Tingley to the Firm’s Family Law Practice.

Bill Tingley has been practicing family law for over 35 years, dedicating his career to helping people through complex divorce and child custody proceedings. Bill received his Bachelor of Arts Degree in Psychology from Asbury University in Wilmore, KY, and his J.D. from Capital University Law School in Columbus, OH. Bill is a Fellow of the American Academy of Matrimonial Lawyers and most recently served as the 2019 Chair of the Rules and Comments Subcommittee of the Kentucky Supreme Court’s Standing Committee on Family Court Rules of Procedure and Practice.

Bill is licensed to practice in Kentucky and is based in the Firm’s Ft. Mitchell, Kentucky, location.