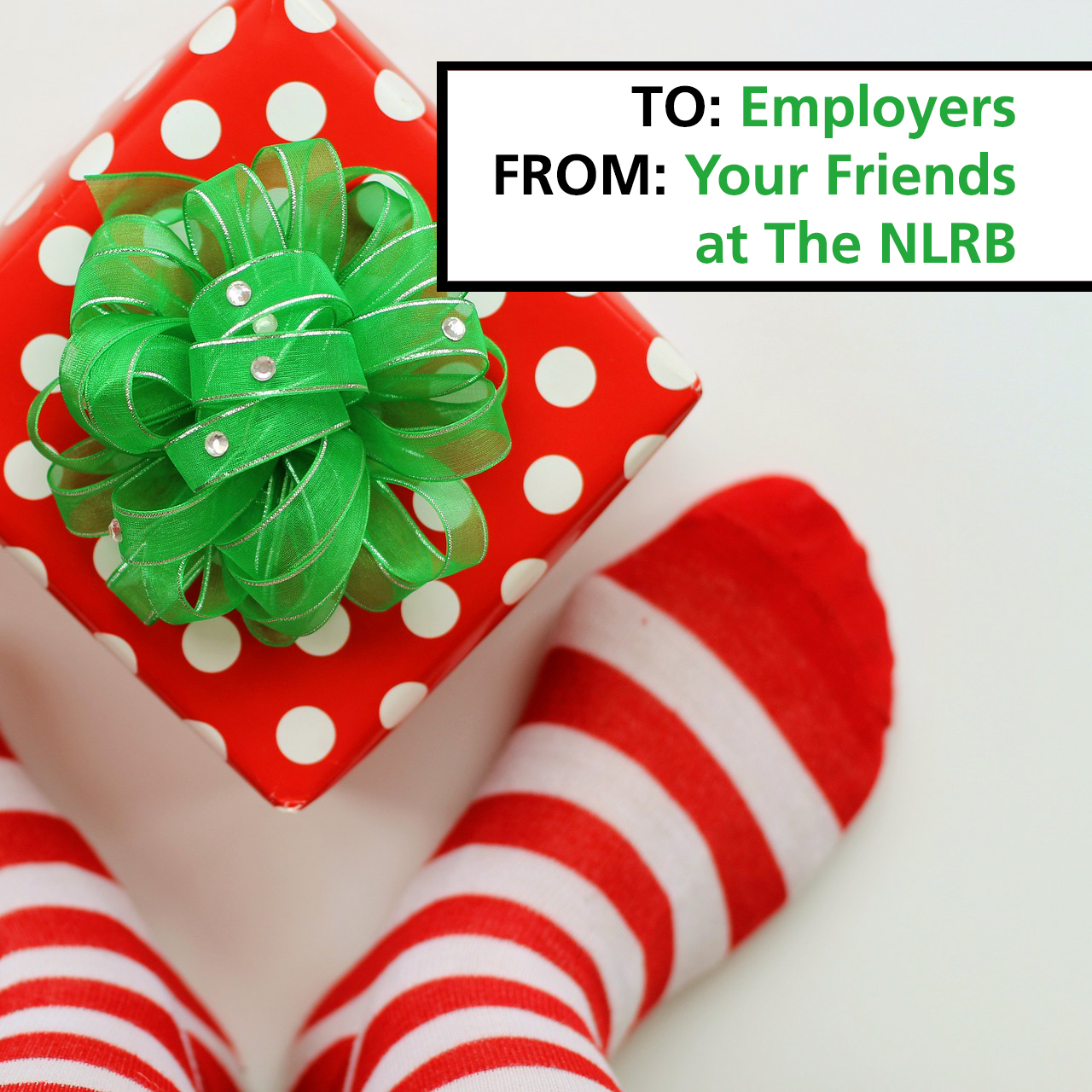 Last week, the National Labor Relations Board (“NLRB”) issued a number of pro-employer bombshell decisions that will have an immediate effect on union and non-union workplaces. The five member Board – with a recent influx of two pro-GOP appointees – unraveled its recent and much criticized changes to evaluating joint-employment relationships, handbook provisions, and mandatory union bargaining subjects.

Return to the old “joint employer” standard: In Hy-Brand Industrial Contractors, Ltd., the Board reversed its Obama-era change in evaluating joint employment for purposes of the National Labor Relations Act (“NLRA”). In 2015, the Board’s Browning-Ferris Industries decision upended decades of precedent by greatly expanding the definition of who could be considered a “joint employer.” The broader “indirect control” standard exposed companies to unexpected union-organizing campaigns and labor disputes. This standard also created uncertainty among franchisor-franchisee relationships and contractor relationships. The Board’s return to the pre-Browning-Ferris joint-employment standard is hailed as a major win for employers. According to the NLRB, the decision is supported by the NLRA’s policy of promoting stability and predictability in bargaining relationships. In future or pending cases in front of the NLRB, two or more entities will only be considered “joint employers” under the NLRA if one entity has actually exercised direct and immediate control over the other entity’s employees (instead of simply reserving that right, or “indirectly”).

Good news for handbooks: In a case involving The Boeing Company’s “no camera” policy, the NLRB overruled an unpopular 2004 Board decision that restricted what employers could include in their own handbooks. Under the old standard, employers violated the NLRA simply by maintaining workplace rules that could be “reasonably construed” to prohibit the exercise of NLRA rights – even if the rules did not explicitly prohibit protected activities, were not adopted in response to such activities, or were not applied to restrict such activities. In overturning that case, the NLRB returns to a more reasonable standard. Now when the NLRB evaluates a workplace policy that potentially interferes with NLRA rights, the Board will weigh: (i) the nature and extent of the potential impact on NLRA rights, and (ii) legitimate justifications associated with the rule. Applying this new standard, the Board concluded that Boeing’s “no camera policy” that prohibited employees from using camera-enabled devices to photograph its facilities without a permit did not violate the NLRA. The Board explained that the rule potentially interfered with NLRA rights, but that the impact was comparatively slight and outweighed by, among other things, national security concerns.

These two decisions are unanimously viewed as wins for management and will affect nearly every aspect of labor relations. Contact a Graydon Labor and Employment attorney to learn more about how to strategically update your company’s employee handbook and workplace relationships in light of these new changes.