ICE Living Up to its Promises to Increase Worksite Enforcement Actions 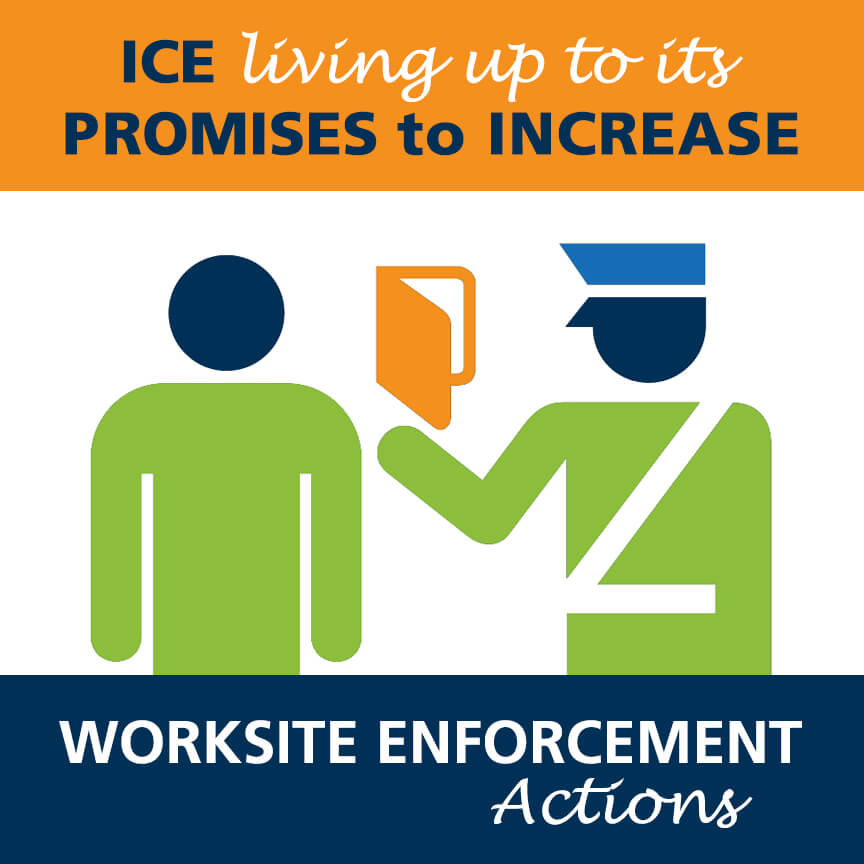 ICE Living Up to its Promises to Increase Worksite Enforcement Actions

In October of last year, Tom Homan, the Acting Director for Immigration and Customs Enforcement (“ICE”), promised employers that they would see a significant increase in worksite enforcement actions in the next fiscal year.  So far, Mr. Homan has delivered on that promise.  On Monday, ICE announced that in the first seven months of this fiscal year, worksite enforcement cases have already doubled the number of cases from all of last fiscal year. From October 1, 2017 through May 4, 2018, ICE conducted 3,510 worksite investigations, 2,282 I-9 audits, and 594 criminal and 610 administrative worksite-related arrests.  Compare to fiscal year October 2016 through September 2017, ICE conducted 1,716 worksite investigations, 1,360 I-9 audits, and 139 criminal arrests and 172 administrative worksite-related arrests.  ICE has another wave of audits planned for this summer.  Derek Benner, head of ICE’s Homeland Security Investigations unit, told the Associated Press that the audits planned for this summer will push the total “well over” 5,000 by the end of the fiscal year.

As part of the Trump Administration’s plan to eliminate the “magnet” that draws illegal immigrants to the United States, ICE has developed a plan to initiate as many as 15,000 audits per year.  This plan seeks the creation of an Employer Compliance Inspection Center, which would conduct employer audits at a single location and send the most egregious cases to regional offices for further investigation.  This plan would require ICE to hire up to 250 auditors and a team of attorneys who could quickly conduct audits and levy fines.  ICE believes such a set-up would enable it to audit between 10,000 and 15,000 companies each year.  Of course, this plan will require proper funding and support before it can come into fruition.

This is the time for employers to review their compliance policies and conduct independent audits of their Form I-9s.  Call Graydon if you have questions or would like to take proactive measures to review your current compliance risks.