IRS Announces 2018 HSA Contribution Limits – But Will This Announcement be Moot by 2018? 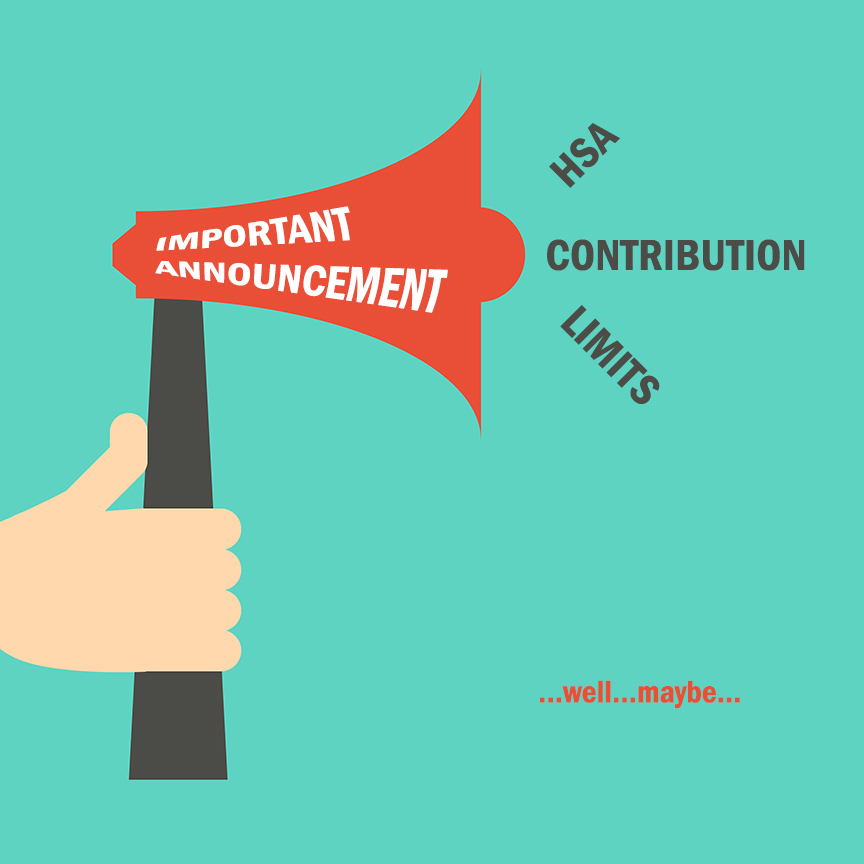 IRS Announces 2018 HSA Contribution Limits – But Will This Announcement be Moot by 2018?

As it does this time each year, the IRS announced the inflation adjusted amounts for Health Savings Accounts (HSAs).   For calendar year 2018, an individual with self-only high-deductible health plan coverage will be able to contribution $3,450 to an HSA (up from $3,400 in 2017).  An individual with family high-deductible health plan coverage will be limited to contributing $6,900 (up from $6,750 in 2017).   However, it is possible that these announced new limits will never be put into effect.

Other changes that the Bill makes to HSAs is that it would allow both spouses to make catch-up contributions to the same HSA, it reduces the tax penalty for HSA distributions on amounts not used for qualified medical expenses from 20% to 10% and it permits HSAs to be used to purchase over-the-counter medications (which was the law prior to the Affordable Care Act).  While the changes proposed to HSAs in the Bill would almost certainly be seen as favorable by plan participants and employers alike, there is no certainty that the Bill will become law or that whatever bill, if any, is passed by the Senate will contain these same provisions.