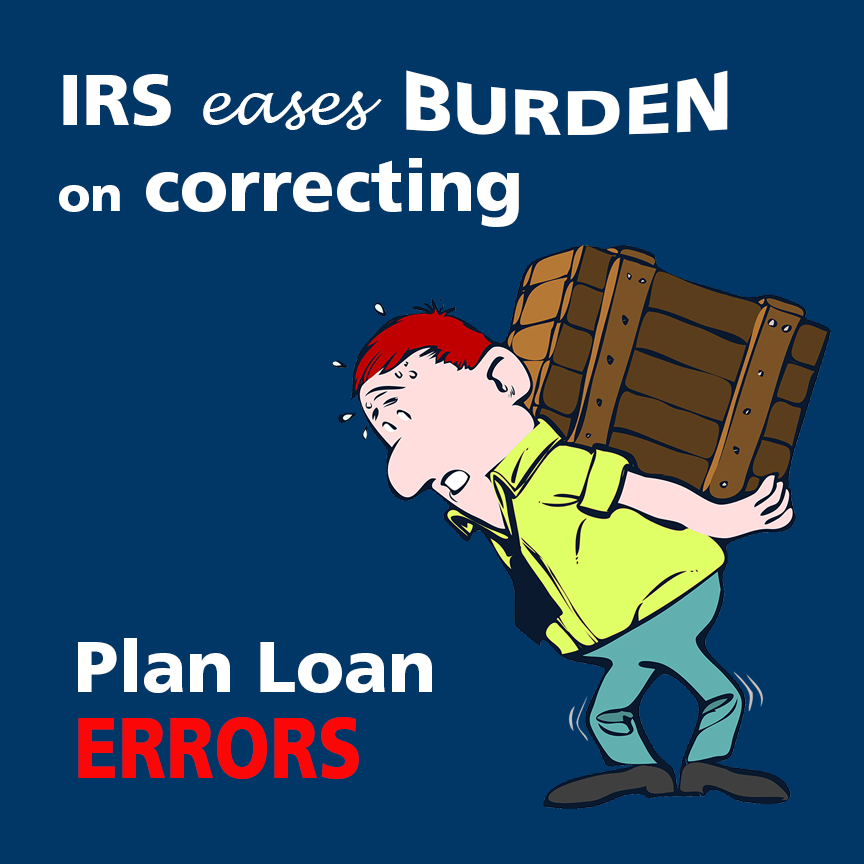 In the latest version of the IRS’s correction program for retirement plans (referred to as EPCRS), the IRS has provided guidance that will make it easier for plan sponsors to correct certain plan loan errors. Prior to this guidance, all plan loan errors had to be corrected through either the Voluntary Correction Program (VCP) or Audit CAP (available for failures found on examination). The new guidance now allows limited plan loan errors to be corrected through the Self-Correction Program (SCP), which is less costly and burdensome than correction through the VCP. Although the correction of the plan error is the same, correction through the VCP requires a user fee (between $1,500 and $3,500) and often as much or more cost in legal fees to have the application prepared. In comparison, the SCP only requires preparation of a memo that documents the correction process.

Unfortunately, the IRS guidance does not cover all plan loan errors. The IRS guidance states that the SCP cannot be used for plan loan errors due to the loan exceeding the statutory maximum limit (generally, the lesser of either $50,000 or one-half of the participant’s accrued benefit), the loan exceeding the statutory repayment period (5 years, except may be longer for a loan for principal residence), or the loan not meeting the required level of amoritization.

Plans must also comply with Department of Labor (DOL) regulations. Although the DOL does not have a self-correction program, certain failures to comply with the DOL’s rules can be corrected through the Voluntary Fiduciary Correction Program (VFCP). In addition, the DOL will provide a no-action letter for certain plan loan failures corrected under the IRS’s VCP. Unfortunately, the DOL has advised the IRS that it will not issue a no-action letter if failures are corrected using the SCP. As a result, a plan sponsor seeking relief from the DOL that makes a correction through the SCP will only bring a plan into compliance under the IRS, but not the DOL.

Cutting Employees’ Hours to Avoid the ACA Could Cost You…

Former Employees’ Retention of Login Credentials Can Cost You