IRS Guidance on Invalidated DOMA Provisions: Ask and You Shall Receive

IRS Guidance on Invalidated DOMA Provisions: Ask and You Shall Receive 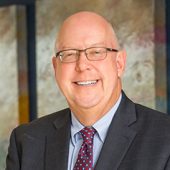 This afternoon the Treasury Department and IRS announced that all legal same-sex marriages will be recognized for federal tax purposes wherever marriage is a factor, including the income, estate and employee benefits provisions of the Internal Revenue Code. This ruling, released as Revenue Ruling 2013-17, means that same-sex spouses should be recognized just the same as traditional spouses for, among many things, income tax filing and deduction purposes, as well as for determining beneficiary designations and IRA contributions. I previously questioned whether it would be worth the wait for the IRS to issue this post – Windsor guidance, as piecemeal implementation only confuses employers and individuals alike. At least it appears that the IRS got it right, from a clarity perspective – today’s regulations provide a uniform rule that is easy to follow. Same-sex married couples are recognized as legally married regardless of where they currently live, so long as they were married in a state or other jurisdiction (e.g., territory or foreign country) that recognizes same-sex marriages as legal.

This rule is consistent with an established principle of ERISA, providing for a uniform federal law governing benefit plans regardless of residence of employee or place of business of employer. A place-of residence rule would cause complexity (and frustration) since an employer with business operations in multiple states would need to recognize some same-sex marriages while ignoring others, fully dependent on a participant’s residence. Unfortunately, this place-of-residence rule was adopted by the DOL for purposes of applying the FMLA rules. In the interest of establishing consistent practices and reducing complexity (and likely errors) for plan administrators, it looks like the IRS got this one right, but the DOL flunked and should attempt a do-over.