It’s Christmas… In July! New Guidance from the DOL 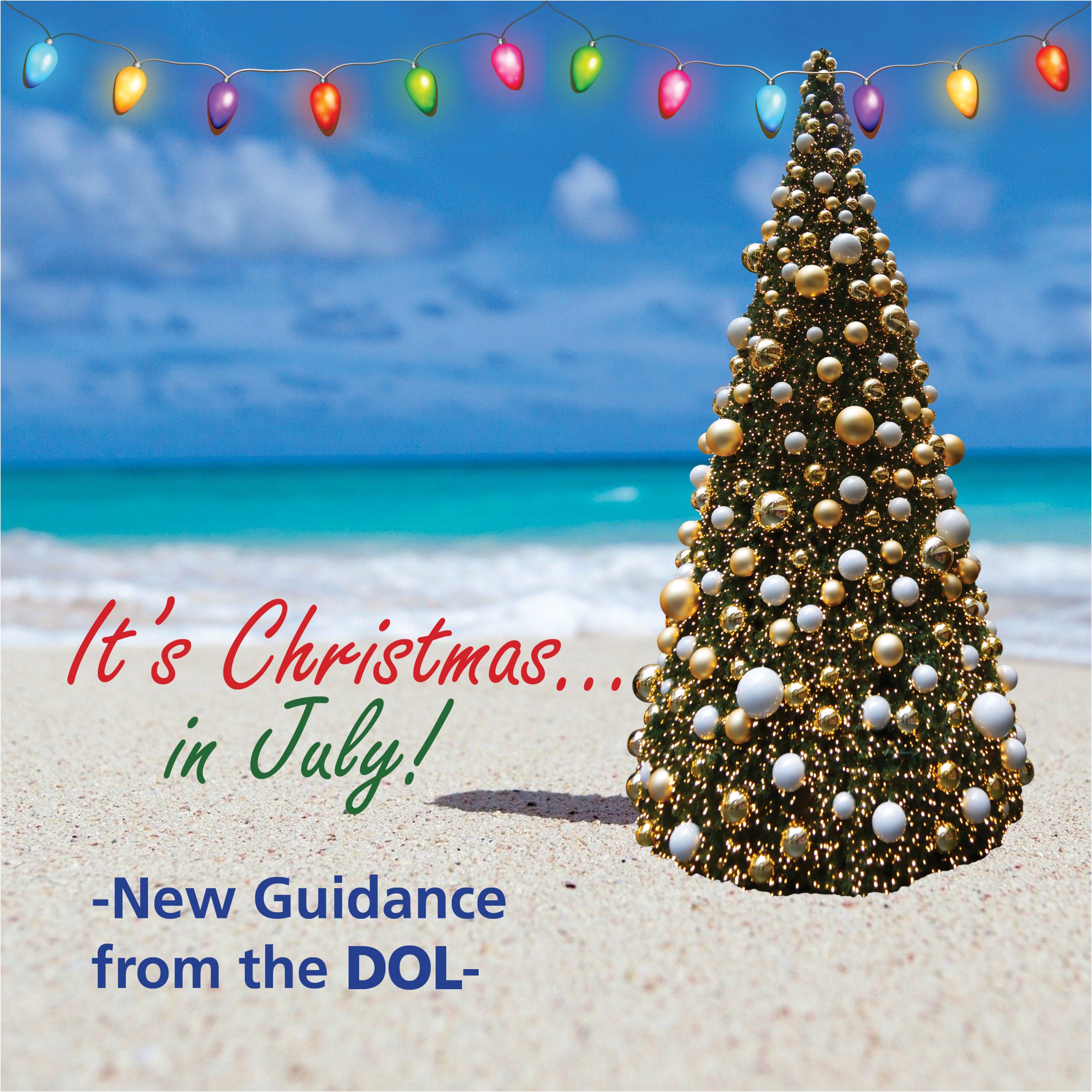 It’s Christmas… In July! New Guidance from the DOL

The Wage and Hour Division of the Department of Labor (“DOL”) recently gave us the gift we never knew we needed all wrapped in a nice bow. What do I mean? On top of all of the other guidance that has been released by the DOL and the EEOC the past few weeks, the DOL decided to issue five new opinion letters on FLSA issues. Two of the letters concern the outside sales exemption, one letter dealt with incentive pay from third parties counting towards minimum wage, another letter addressed whether local government emergency management coordinators are properly exempt from the Fair Labor Standards Act’s (FLSA) overtime requirement, and finally, the last letter took up the application of the retail or service commission exemption for sales people at new retail stores.

You are probably anxiously waiting to open up is this new gift and see what’s inside. Well, let’s take a look at a few:

In the first letter, the DOL determined that sales employees who spent four days of a five-day workweek traveling in a company truck to different locations to sell goods out of the truck were engaged in outside sales. The DOL primarily focused on the fact that trucks were not a fixed location and therefore could not be considered the employer’s place of business.

The second letter considered situations where sales people travel to trade shows, big box stores, and other locations to demonstrate and sell the product of their employer. The DOL found these individuals to be exempt under the FLSA if these employees made their own sales, as opposed to the sales being transacted by the third-party retailer.

The primary issue raised in this opinion letter was whether retail or service establishment employees exempt are from overtime if more than half of their compensation represents commissions during some weeks but not during other weeks. As a reminder, under this exemption, an employee is exempt from overtime if: (1) the employee is employed by a retail or service establishment; (2) the employee’s regular rate of pay exceeds one-and-a-half times the minimum hourly rate; and (3) more than half of the employee’s compensation for a representative period (not less than one month) consists of commissions on goods or services.

In this opinion letter the DOL considered the issue of whether payments to an employee from a third party can be credited towards and employer’s minimum wage obligations. Specifically, the DOL considered incentive payments made to car salesmen from the manufacturers. The DOL likened this situation to payments received by tipped employees and determined that the car dealership employer may count the incentive payments as wages to satisfy the minimum wage requirements of the FLSA, so long as there is an explicit or implicit agreement that these payments will count as wages in the employment or other agreement between the employer and employee.

The final opinion letter deals with emergency management coordinators and whether they qualify for the administrative exemption. More information on this opinion letter can be found here. It is important to note that DOL opinion letters are not binding on employers unless they are faced with the exact situation described. I hope you enjoyed your gift and find it useful! For help with applying these new opinion letters to your business or reclassifying your employees, please reach out to your local Labor and Employment attorney.