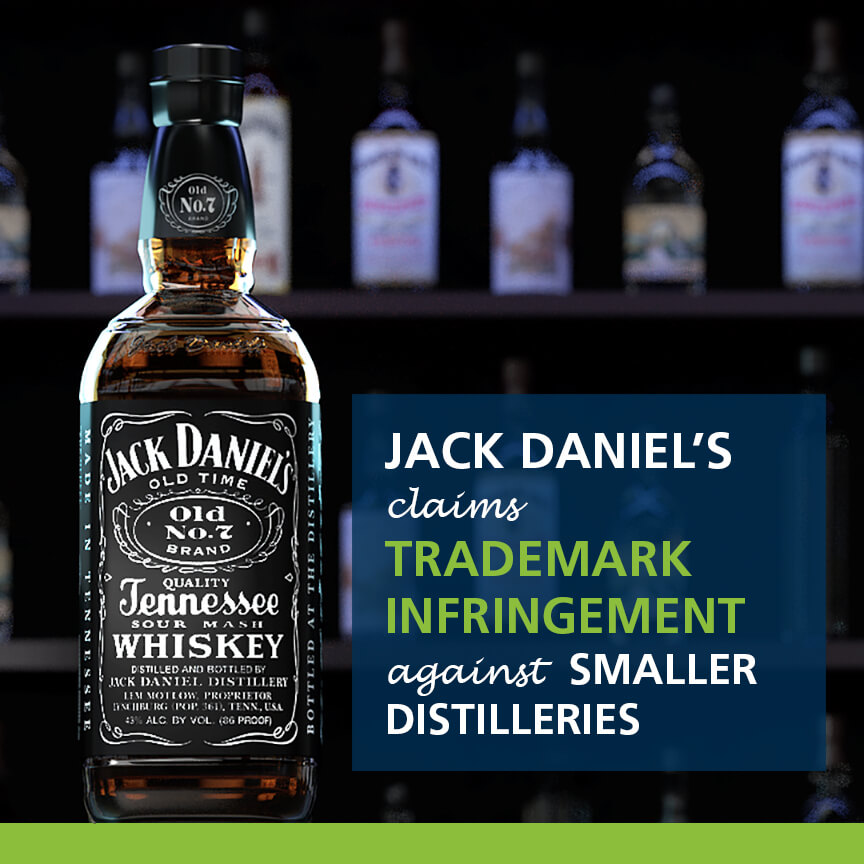 Not long ago, Jack Daniel’s Distillery made news for sending an extraordinarily nice cease and desist letter alleging trademark infringement by a book cover.

Among other pleasantries exchanged, Jack Daniel’s stated that it was “certainly flattered” by the infringing party’s affection for the brand, and that considering both entities were Louisville “neighbors”, Jack Daniel’s was willing to let the infringing party change the book cover design once the books were ready to be re-printed.  As if that was not nice enough, Jack Daniel’s even offered to pay a “reasonable amount” towards the cost of changing the design prior to re-printing.

Specifically, Jack Daniel’s alleges that Lonehand infringed on its brand by copying the packaging of Jack Daniel’s signature style, including the “square bottle with angled shoulders” and “beveled corners” characteristic traits which Jack Daniel’s whiskey has displayed for decades.

It appears to be a difficult case ahead of Jack Daniel’s, as it will have to convince the Court that there is a likelihood of consumer confusion between the two products, or that Jack Daniel’s mark is so strong that its reputation can be tarnished by Lonehand whiskey.

If nothing else, this case may serve as a great reminder to those in the alcohol industry that, just because you registered a trademark, does not mean you are completely protected from claims of trademark infringement.  For example, Lonehand registered a trademark for the name “LONEHAND” in 2016, but is still being targeted for packaging purposes, and not at all for the use of the word “LONEHAND”.

Perhaps in a broader sense, this case illustrates a looming problem for a field that is becoming increasingly crowded.  As more and more craft distilleries enter the market, it would naturally follow that similar trademark infringement disputes become more common.