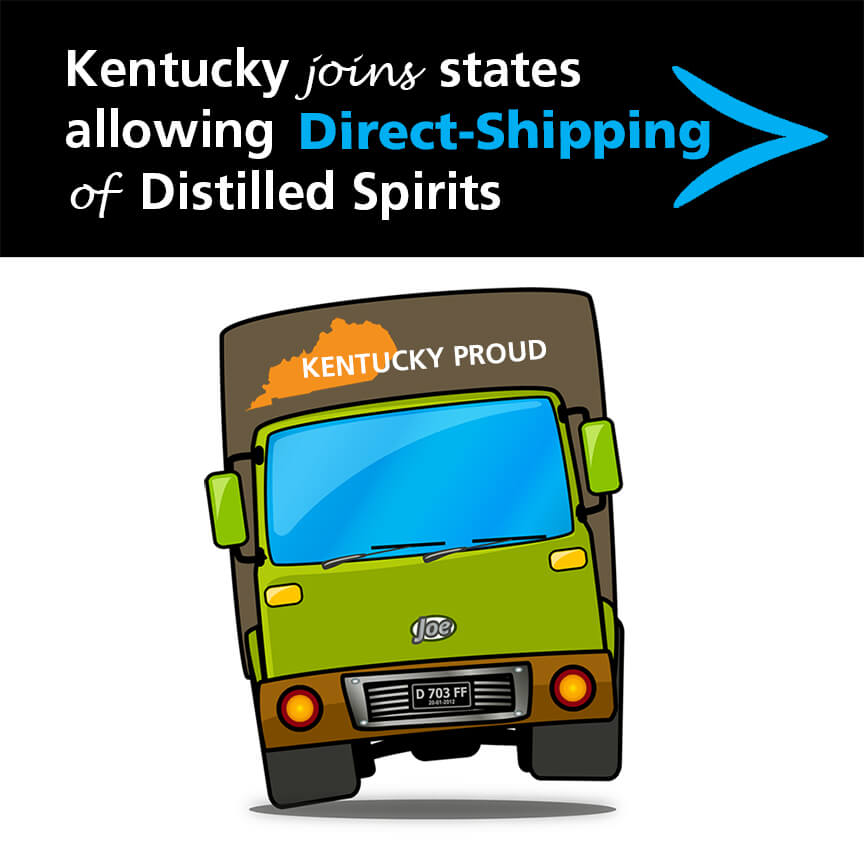 This month, Kentucky passed HB 400 and joined six other states and the District of Columbia to allow for direct-shipping of distilled spirits, an effort which has been championed by the Kentucky Distiller’s Association.

The concept of direct-shipping (i.e. the practice of a brewery, winery, or distillery shipping their product directly to a consumer) has long been a controversial subject but appears to be gaining recent traction in the industry.

As many know, each state has its own version of alcohol distribution, which is commonly referred to as the “Three-Tier System”.  Generally speaking, the three tiers – producers, wholesalers, and retailers – are restricted in the manner in which they sell their product.  Typically, producers can only sell to wholesalers, who can only sell to retailers, who in turn can only sell to the public.  However, the rising popularity of craft breweries, wineries, and distilleries has become a disruptive force to the traditional Three-Tier System as we know it.

Up until the 2005 Supreme Court case Granholm v. Heald, states had more latitude in the practice of direct-shipping.  Prior to the Court’s ruling in Granholm, Michigan and New York permitted direct-shipping from wineries within their own states but required wineries from all other states to sell through in-state distributors.  As one can imagine, distributors typically disfavor direct-shipping programs, as they essentially cut out the middleman in that state.  Oddly enough, it was a combination of in-state consumers and out-of-state wineries that filed suit alleging the state laws discriminated against interstate commerce in violation of the Constitution.

In Granholm, the Court ultimately held that states could not prohibit out-of-state wineries from direct-shipping to their residents if they allow it for in-state wineries.  This essentially meant that once a state allowed direct-shipping, it was open to reciprocity with other states that also allow it.  The fallout of Granholm resulted in Michigan banning direct-shipping entirely and New York imposing strict limits on direct-shipping sales to consumers.

Kentucky’s passage of HB 400 appears to be a major move in the direction of prioritizing the consumers’ interests above the distributors’.

When Life Gives you Apples, Alternate Your Brewery Premises and…