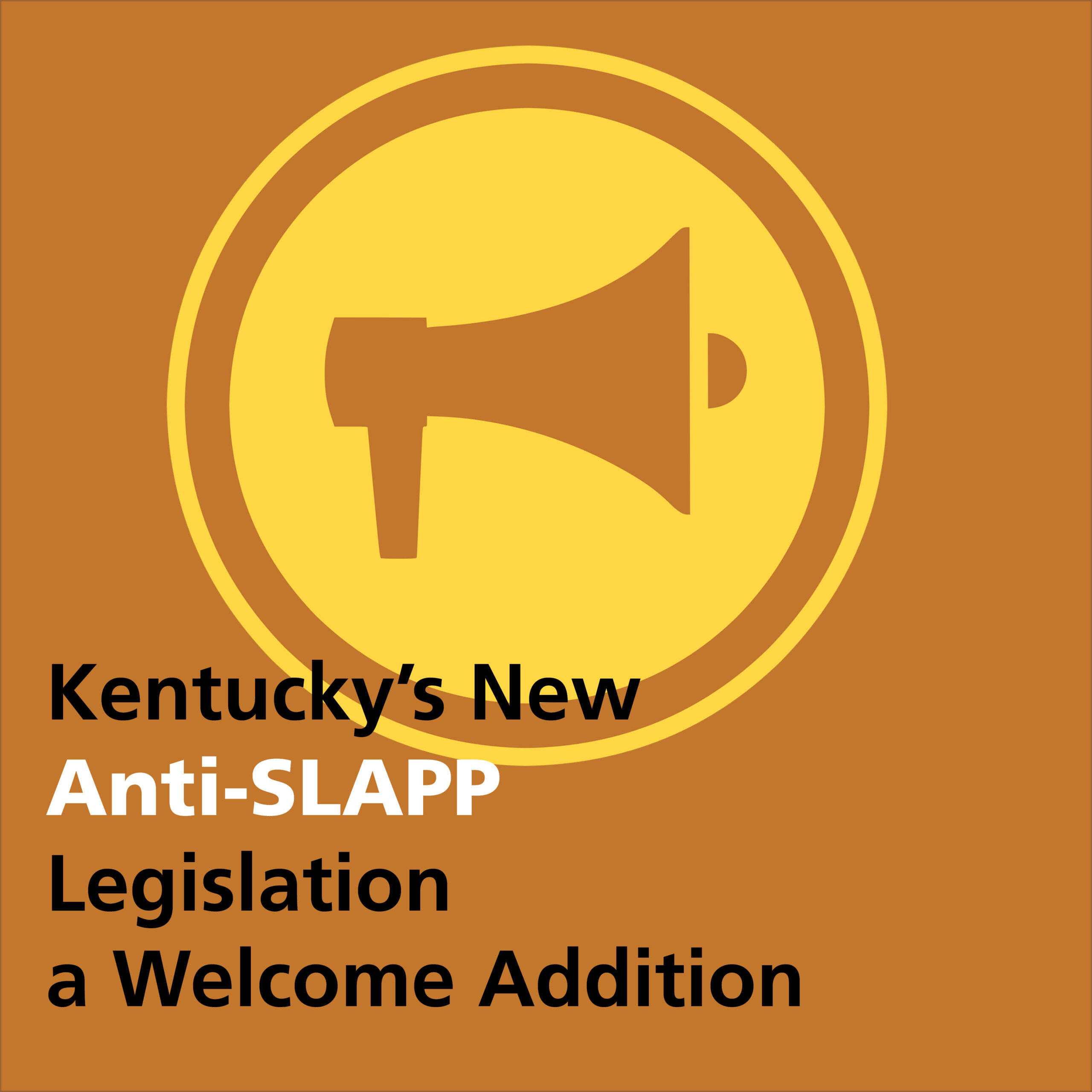 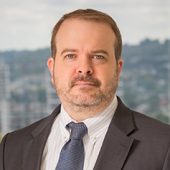 On April 20, Kentucky became the 32nd state in the country to enact an anti-SLAPP law, and just the second to adopt a version of the Uniform Law Commission’s (“UCL”) “Uniform Public Expression Protection Act” (“UPEPA”).  The legislation was the product of a rare bipartisan effort, passing the Kentucky Senate with a vote of 30 to 2. As Kentucky has seen several high profile SLAPP suits in recent years, the legislation is a welcome addition to Kentucky law.

Kentucky’s version of UPEPA incorporates the exceptions found in the model act for causes of action asserted against the government, and against businesses for communications related to the sale of their products or services, but adds a number of other exceptions. For instance, Kentucky’s law excepts claims against a person relating to real property, or based on a common law fraud claim, among others. But the act also provides that such excepted claims are covered by the act when they arise from certain types of activities, such as news gathering and promoting artistic works, as well as where the communication is related to “consumer opinions or commentary, evaluation of consumer complaints, or reviews or ratings of businesses.”

To invoke the protections of Kentucky’s law, a party must file a motion under the act within sixty days after the party is served with a pleading asserting a covered cause of action. Once a motion is filed, the court must stay all proceedings between the parties, including discovery. The primary exception to the stay is that the law requires a court to allow “limited discovery” if one of the parties shows that “specific information is necessary to establish whether a party has satisfied a burden” under the act, “and the information is not reasonably available unless discovery is allowed.” The act also affords the court some flexibility in managing proceedings between the parties on other issues unrelated to the motion, or where necessary to protect against an imminent threat to public health or safety. Once the court renders a decision on the motion, the losing party may immediately appeal in accordance with the Kentucky Civil Rules.

Central to the purpose of any anti-SLAPP law is the remedy afforded to the moving party if they prevail. Here, the Kentucky General Assembly adopted the UCL’s language without alteration. Thus, under the act, a court must award court costs, reasonable attorney’s fees, and reasonable litigation expenses related to the motion to a prevailing movant. A responding party is only entitled to an award if they prevail, and the court finds that the motion was brought by the moving party “without good cause.”

Like the model act, Kentucky’s version instructs courts to broadly construe and apply it “to protect the exercise of the right of freedom of speech and the press, the right to assemble and petition, and the right of association, as guaranteed by the United States Constitution and Constitution of Kentucky.” This statement of legislative intent will assist courts in applying the act to effectuate its intent, and avoid the sorts of narrow interpretations that detracted from the efficacy of such acts when first enacted in other jurisdictions.

In sum, although Kentucky’s version of UPEPA is not a verbatim adoption of the model act, it preserves the model act’s core components, and most critically, the ability of a prevailing movant to recover their attorney’s fees. The new law should thus provide Kentuckians—and those sued in Kentucky courts—meaningful protection against lawsuits that seek to intimidate them into remaining silent on matters of public concern.

*Originally published in the MediaLawLetter, a monthly publication of the Media Law Resource Center.