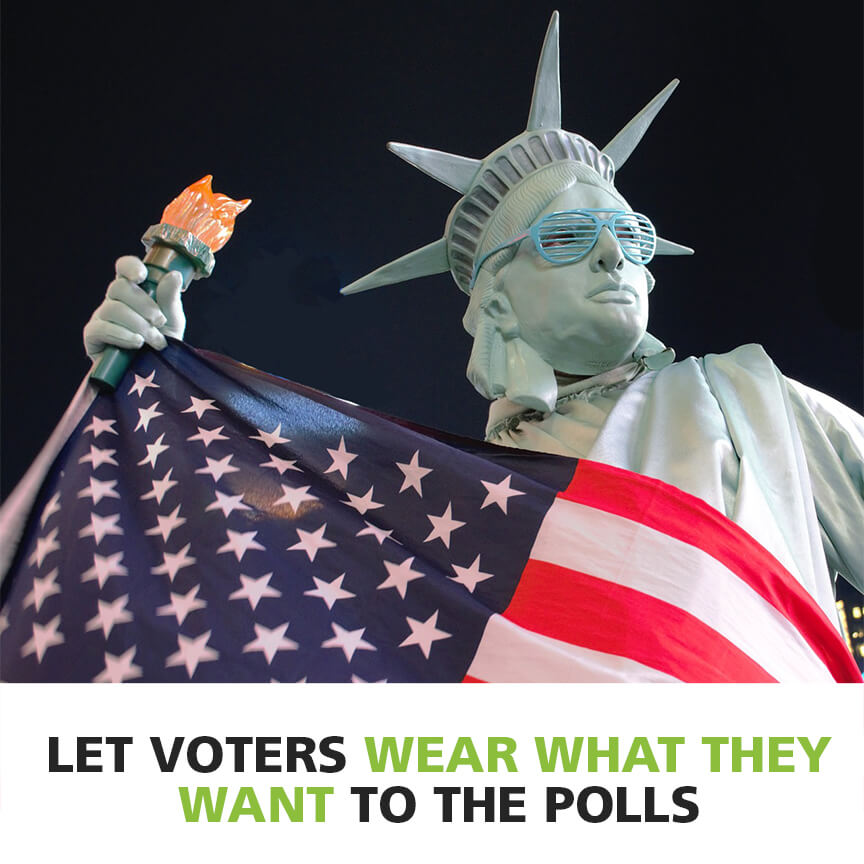 I wrote several weeks back about a case pending before the United States Supreme Court challenging the constitutionality of a Minnesota statute that barred voters from wearing political insignias to a voting booth.  I can’t see how the law survives a First Amendment challenge.

On Wednesday of this week, the Court heard oral argument.  And judging from my friend Adam Liptak’s account in the New York Times, it looks like Justice Alito agrees with me.  You can occasionally tell which way a Judge is leaning by the questions posed. In this case, Justice Alito seems to be leaning towards “are you freaking kidding me?”

But it appears some other Justices are not sold so strongly on the First Amendment issue, and their questions suggest the risk of voter intimidation may justify this type of fashion policing.  I still have a tough time with that argument.

But aside from the constitutional difficulties, this exchange between Justice Alito and the lawyer for Minnesota suggests how difficult it would be to enforce the law:

JUSTICE ALITO: How about a shirt with a rainbow flag? Would that be permitted?

JUSTICE ALITO: How about a shirt that says “Parkland Strong”?

JUSTICE ALITO: Okay. How about an NRA shirt?

ROGAN: An NRA shirt? Today, in Minnesota, no, it would not, Your Honor. I think that that’s a clear indication — and I think what you’re getting at, Your Honor –­

JUSTICE ALITO: How about a shirt with the text of the Second Amendment?

JUSTICE ALITO: How about the First Amendment? (Laughter.)

JUSTICE ALITO: Yeah, well, this is the problem. How about a Colin Kaepernick jersey?

ROGAN: No, Your Honor, I don’t think that that would be under — under our statute. And I think –­

JUSTICE ALITO: How about “All Lives Matter”?

And it goes on.  The statute seems to be a moving target.  And that is a big problem.  Citizens deserve laws that tell them what they can and can’t do.  If a statute requires guesswork, that itself ought to be enough to strike it down.

#NEVERAGAIN MOVEMENT MAY HAVE ALLIES IN IOWA