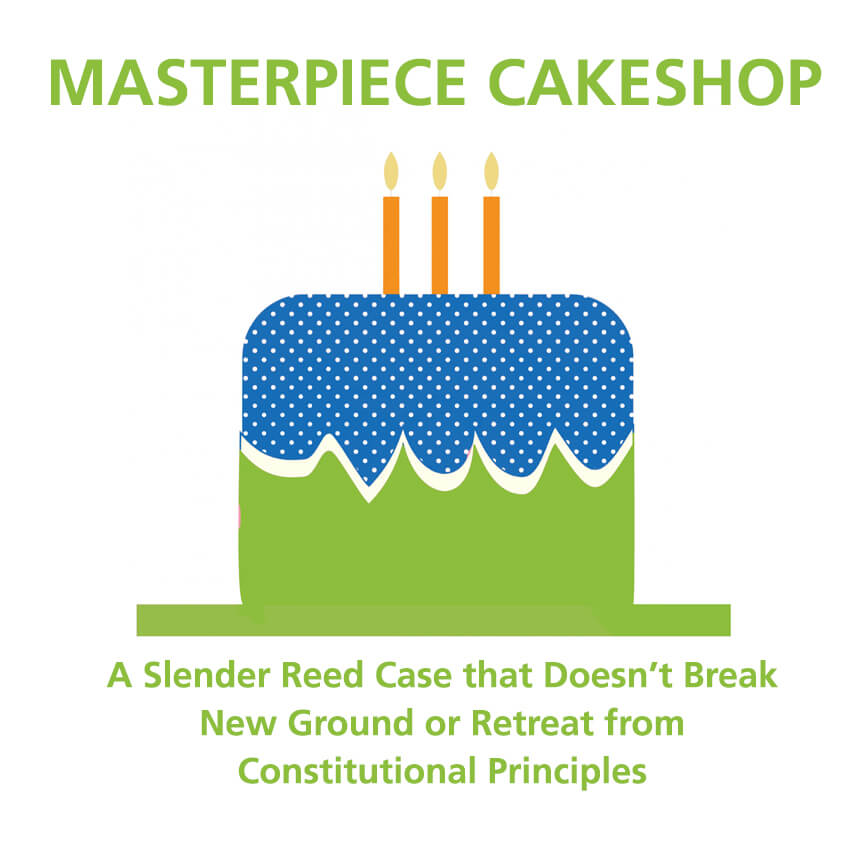 The Supreme Court’s Masterpiece Cakeshop decision by Justice Kennedy follows the the unwritten Slender Reed Rule which goes like this: If SCOTUS has to decide a case with narrow facts that could lead to a precedent that’s either slender or rotund, go with the slender reed and save the big issues for another day. The slender reed Justice Kennedy used to pull in 6 of his colleagues was to blame neither the devout Christian cakemaker nor the gay couple looking for a wedding cake, but the Colorado Civil Rights Commission. The CCRC cooked the case against itself, in Kennedy’s view, by being hostile and disparaging toward religion in the administrative proceeding. CCRC had a duty to be fair and impartial and it wasn’t.

So the Slender Reed (and the narrow read) means that administrative agencies of government must observe religious neutrality. That’s not new law. But the Court’s repeated reminder of the “no government hostility toward religion” principle will travel to other cases, including, for example, the travel ban litigation where statements of religious hostility are in the record.

Masterpiece Cakeshop’s future importance is that it doesn’t retreat from existing law and principles of non-discrimination against gays as well religious free exercise. Masterpiece Cakeshop reaffirmed the Obergefell precedent upholding the fundamental constitutional right of same-sex couples to marry. The Court also reaffirmed the principle that “the Constitution can, and in some instances must, protect [gay persons and couples] in the exercise of their civil rights.” The Court also reaffirmed that in some instances religious objections to gay marriage may be protected forms of expression.