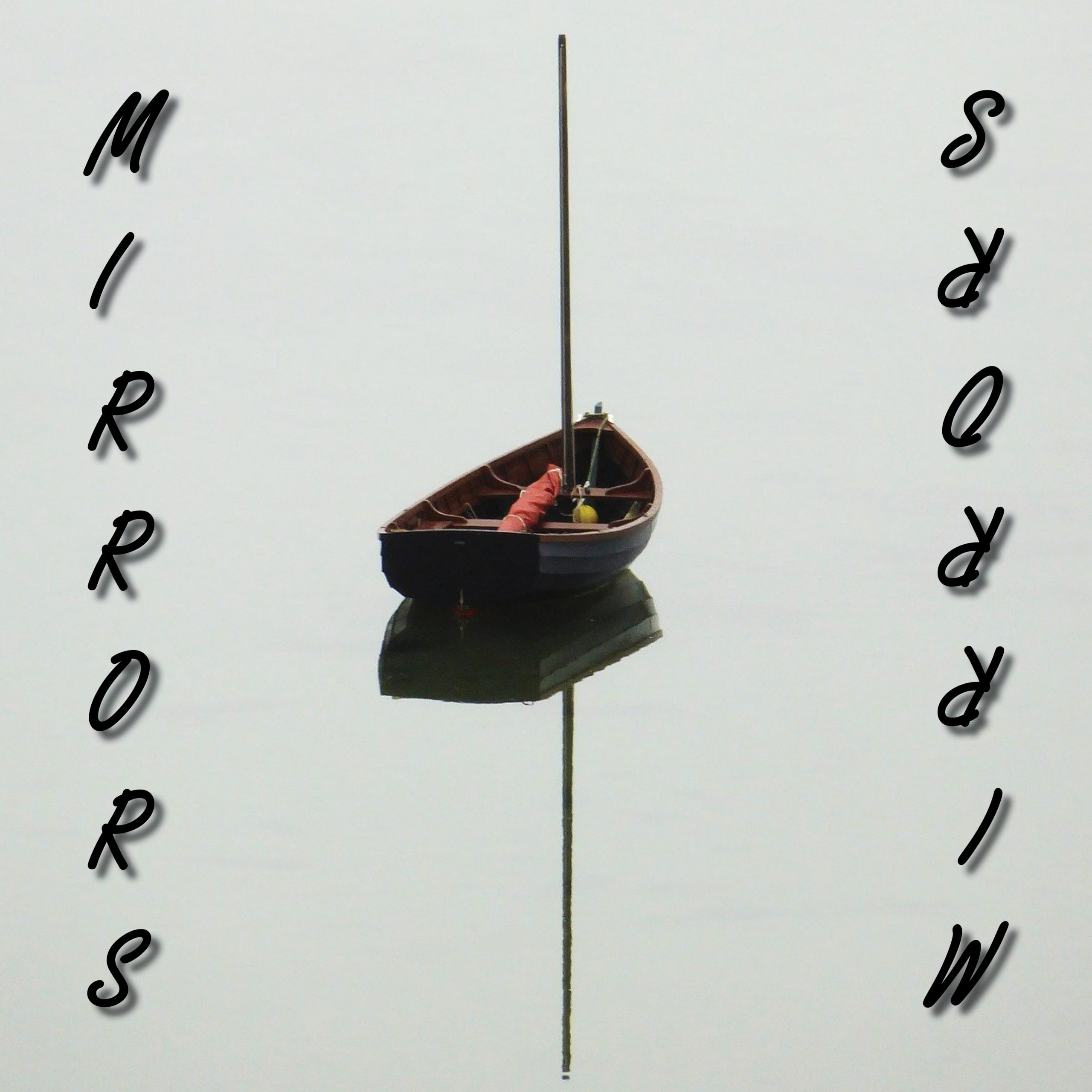 In learning to draw or paint, here’s a little secret. Hold your drawing up to a mirror.  The mirror reveals how the drawing needs adjusting to look like the real subject.  The inaccuracies jump out, especially in portraiture. For example, if you paint one eye of your subject slightly lower than the other,  holding the painting up to the mirror will show you that the eyes don’t align and you can correct them before your subject says something like “are you joking…those are MY eyes?”

Scientist-artist Leonardo da Vinci discovered this “mirror effect” in visual perception and recorded it in his notebooks:

“When you wish to see whether the general effect of your picture corresponds with that of the object represented after nature, take a mirror and set it so that it reflects the actual thing, and then compare the reflection with your picture, and consider carefully whether the subject of the two images is in conformity with both, studying especially the mirror.”

With the benefit of modern neuroscience, we now know that the brain often overlooks what’s missing and fills in images based on its habits. For example, when we look at a person walking in the distance, our eyes may not see the whole person in great detail, but our brains form an image that it’s a person and maybe someone we know.  Sorry to say that in forming those impressions, our brains aren’t always right. It is 2020 but our visual perception isn’t twenty twenty.  That’s why looking again with fresh eyes can topple our assumptions. If we look at the image in a mirror, it forces the brain to look anew, with fresh eyes, at the image in reverse.   This yields an aha! moment of seeing the thing in a new way.

The Mirror Effect is another way of saying that forming more accurate perceptions of people or ideas depends on testing perceptions against the reverse. What stereotypes, biases or habitual images are we carrying around that, if viewed differently, we’d drop?

In public opinion, the U.S. Supreme Court can seem like a remote image, a distant, unclear, secretive part of our constitutional structure far removed from the daily lives of common citizens.  Seeing and perceiving the Court, the Justices and their decisions as they actually are is not easy, even for regular Court-watchers.   Like the Mirror Effect, it helps to look at our Constitution and the Supreme Court with fresh eyes.  What labels, assumptions or habits of mind might we need to revise?

Let’s take for example the widespread use in public discourse of the political words liberal and conservative, commonly used to separate the nine Supreme Court Justices.  For some, a mental image of The Nine is habitually drawn along the same lines as the usual red/blue partisan politics. Then along comes the Mirror Effect. The image gets reversed or turned upside down.  This has happened throughout Supreme Court history, sometimes in landmark cases like the Warren Court’s unanimous 1954 school desegregation decision in Brown v. Board of Education. Focusing on the Roberts Court, the Mirror happened in 2012 in the case of National Federation of Independent Business v. Sebelius when Justice Roberts cast the deciding vote, writing the decision upholding the signature health care legislation of the Obama Administration.  For those viewing the Court only through the blue or red lenses, the Roberts vote was mystifying.  They had not looked at their portrait of Justice Roberts in the mirror.

On June 15, 2020, the Mirror Effect has happened again, this time in a case that is a landmark decision in the constitutional law of employment discrimination and equality. By a 6-3 vote, the Court has ruled in the Bostock case that it is illegal under federal law (Title VII) for an employer to fire an employee because of LGBT status.  Justice Gorsuch wrote the majority opinion joined by Chief Justice Roberts and the four Justices who are often labelled as liberal.  Commentators have expressed surprise that two conservative justices would rule this way and that one of them, Justice Gorsuch, a Trump nominee, would frame the winning legal arguments in the majority decision.

When we read the full Gorsuch opinion we see legal reasoning that is legal reasoning. He focuses on the words of the law, the Title VII statute. He focuses not only on the word “sex” but also the words that say an employer cannot discriminate against “an individual”  “because of” sex.  Justice Gorsuch’s opinion sees the words as having plain meaning. “Because of” means “but for”: i.e. the employer would not have fired the LGBT employee but for the employee’s sex. “Individual” means the individual person, not a category.

The Bostock case aligns with widespread public opinion against employment discrimination against LGBT individuals. That said, it did not line up with widespread public opinion on how Justices Gorsuch and Roberts would vote in the case.  That’s because popular political labels are not a 100% predictor of how Supreme Court Justices will rule. Legal reasoning is not the same thing as political opining, especially when that reasoning is true to constitutional principles.

How will the Roberts court decide future cases?

The Pandemic and the Justice