NO DEBATE ON THIS ISSUE – First Amendment Trumps Right of Publicity 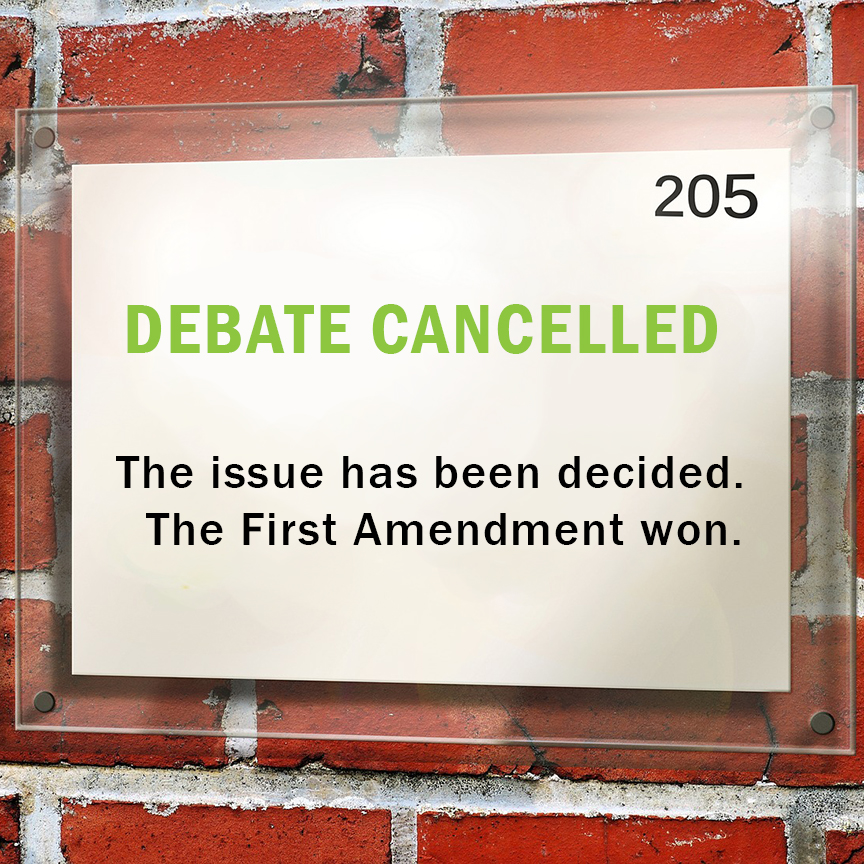 NO DEBATE ON THIS ISSUE – First Amendment Trumps Right of Publicity

The Great Debaters, a 2007 Denzel Washington movie, has resulted in a lawsuit filed in a Louisiana based federal court by David Wayne Semien, an heir of Melvin B. Tolson, the subject of the film.

For readers who don’t recall the plot details,  the film told the real life story of Mr. Tolson, a college debate coach at historically black Wiley College in Marshall , Texas.  In the 1930s Mr. Tolson’s teams frequently competed against and beat debate teams from white colleges and universities in the segregated south.  Mr. Tolson died in 1966.

Mr. Semien filed a lawsuit nearly ten years after the film’s release, contending that the film’s use of Mr. Tolson’s name and likeness violated his right of publicity.  The defendants in the suit are Harpo Films, Inc., The Weinstein Company, LLC, and Metro-Goldwyn-Mayer Distribution Co., the producers and distributors of the movie.

The defendants filed a motion to dismiss on a number of grounds.  The most obvious ground, perhaps is the statute of limitations.  It’s not clear why it took a decade for Semien to file the suit, but the defendants contend that the applicable Louisiana statute of limitations gave plaintiff only one year from the film’s release to file the lawsuit.  Needless to say, he missed it by a substantial margin.

But the more interesting ground for dismissal is the contention that the First Amendment bars the suit.  The right of publicity is cause of action that prohibits anyone from using another person’s name or likeness for a commercial purpose.  In a sense, the law creates two rights – in the first instance it gives a person the right to say no to the use of that person’s name or likeness to sell a product or service.  And on the flip side, it gives that person the right to demand compensation if someone does use the name or likeness.

But that use has to be a “commercial use” – i.e. an effort solely to sell a product or a service.  An “editorial” or “literary” use is not a commercial use.  Writers can write, and film makers are free to make movies about historical figures and events without violating the publicity rights of the subjects.  That is a product of the First Amendment, which offers great protection to non-commercial speech, and only limited protection to commercial speech.

The distinction makes sense.  And while it may seem unfair that someone could make a film about another person for no compensation, the alternative would be more troubling.  How would anyone write a book or a film in any way critical of anyone if the author had to obtain the subject’s permission before publication?  And if the subject could demand compensation, the subject could set the price high enough to stymie any work.  And such a system would choke off any critical commentary about people who matter most.

We’ll have to wait and see what happens here – the court has yet to rule.  But I would peg the chances of  the Cincinnati Reds winning the World Series slightly above the court denying the motion to dismiss in this case.