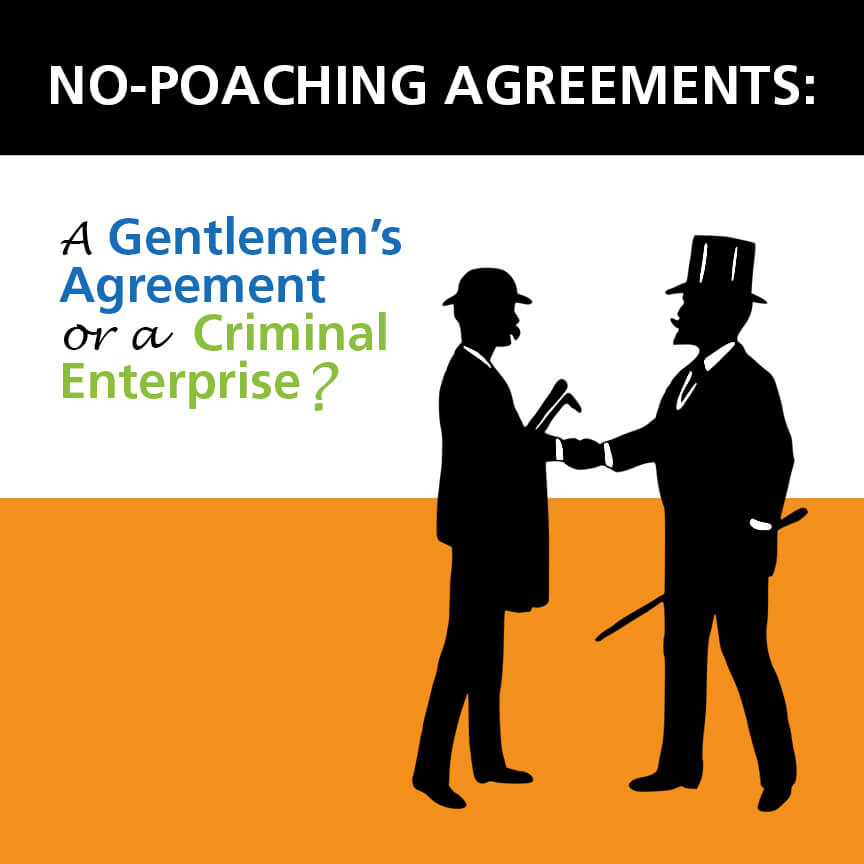 While yielding its sword against these large corporations, the DOJ issued Guidance for Human Resources Professions (“HR Guidance”) to help companies that seek clarity on what restrictions on employment competition violate federal antitrust laws. The HR Guidance identifies the following two types of agreements as per se illegal:

The HR Guidance explains that these agreements could be written or unwritten, formal or informal, express or implicit, and even could be the result of a one-way communication that invited the other company to collude. And if that wasn’t enough to grab the attention of employers; the DOJ stated in its HR Guidance that it intends to pursue criminal prosecutions of future antitrust violations in addition to its historical civil enforcement.

The DOJ has stayed true to its promise to eliminate no-poaching agreements and this April reached a settlement with two of the world’s largest rail equipment suppliers after the DOJ claimed the companies had long agreed not to compete against one another for employees. The DOJ declined criminal prosecution of this “no-poach” conduct because the companies terminated these agreements before October 2016 (when the DOJ published the HR Guidance) and because the companies were forthcoming with the DOJ. The settlement imposed a number of onerous compliance provisions, including the companies’ respective appointments of an antitrust compliance officer, notification of the settlement to all employees, training on no-poaching agreements for top management, and published notice of the settlement to the rail industry.