Ohio, Kentucky, and Indiana: What’s the Status on Marijuana Legalization? 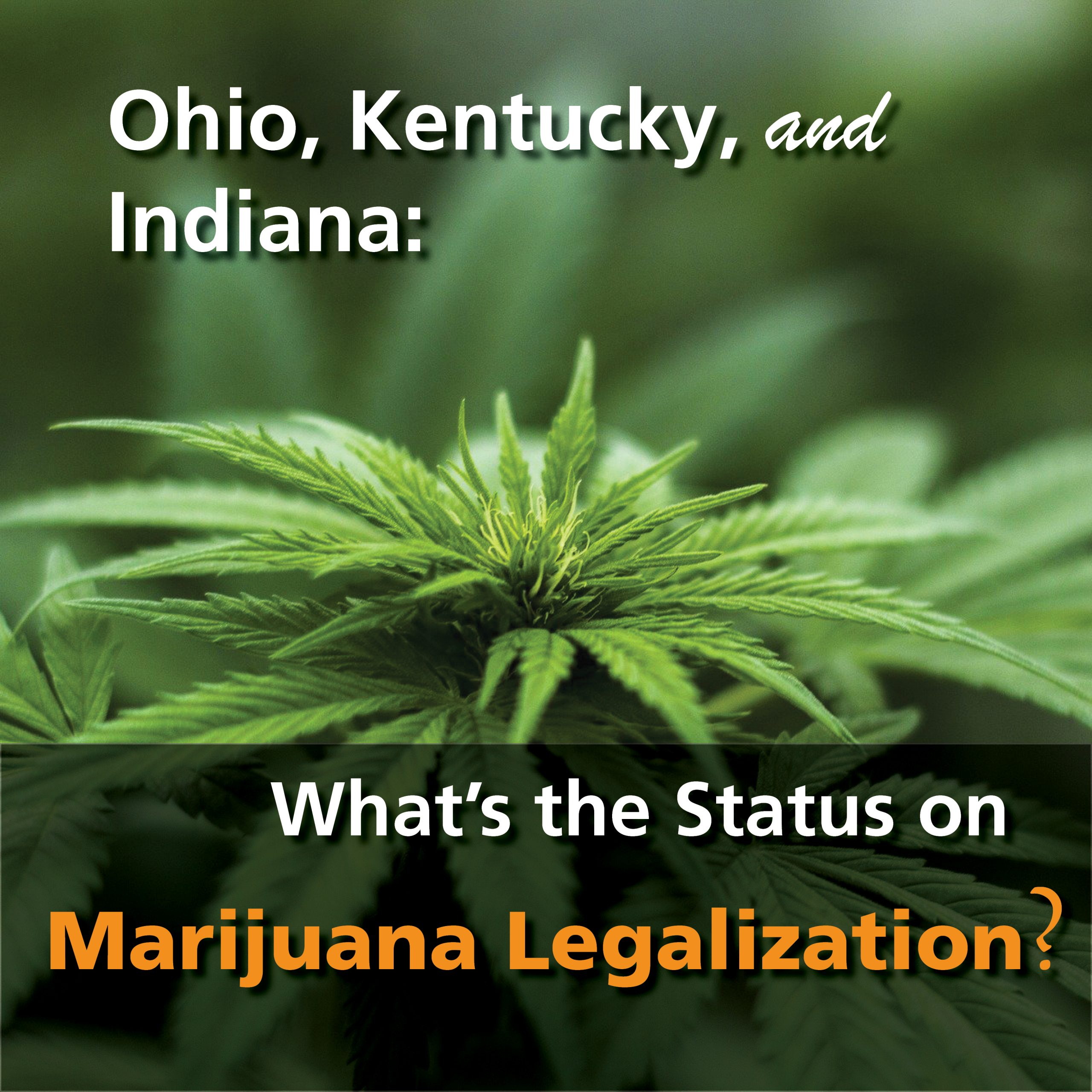 Ohio, Kentucky, and Indiana: What’s the Status on Marijuana Legalization?

Ohio, Kentucky, and Indiana share hundreds of miles of common borders and disparate marijuana laws.  The federal government, still, categorizes marijuana as a schedule 1 narcotic –alongside heroin.  So where are we in March 2020?

Indiana Governor Holcomb indicates that he will block any attempt to legalize medical marijuana until the federal government does so.  Of course, Indiana legislators recognize that they have the power to override a veto, if they choose to follow the lead of the 90% of Hoosiers who, according to polls, approve medical marijuana.  At this moment in time, there are interested legislators, like State Sen. Karen Tallian, who are chipping away as they are able, but we should not expect a change in Indiana anytime soon.

Ohio has a medical marijuana program that is beset with challenges.  The 2016 program began dispensing marijuana products in January 2019, but the infrastructure is slow to build out.  Access to products is inconsistent in the 51 licensed dispensaries around the state for a variety of reasons, and the problems are frustrating to the 84,000+ patients who have registered as of January 31, 2020.  Regulatory and licensing information regarding cultivation, processing, testing, patients and caregivers, physicians, and dispensaries can be found here.

Also, the Ohio Attorney general, yesterday rejected proposed ballot language intended to legalize recreational marijuana, named “An Amendment to Regulate Marijuana Like Alcohol.”   The deadline for approved language on this year’s ballot is July 1.  In the event that proponents are able to gather another 1000 signatures and offer language that the AG approves, the issue of recreational marijuana will be on the ballot during a hotly contested and crowded political year.

Given that Michigan, Illinois, Pennsylvania all have readily accessible marijuana; it begs many questions for employers with both adjacent single-state, and multi-state operations.  Policies need to contemplate a host of intended and unintended consequences.  Eventually, the prevailing wisdom is that the federal government will eventually get out of the way and the air will clear a bit, until then, Graydon attorneys are happy to answer questions and work through policies related to marijuana and the workplace.