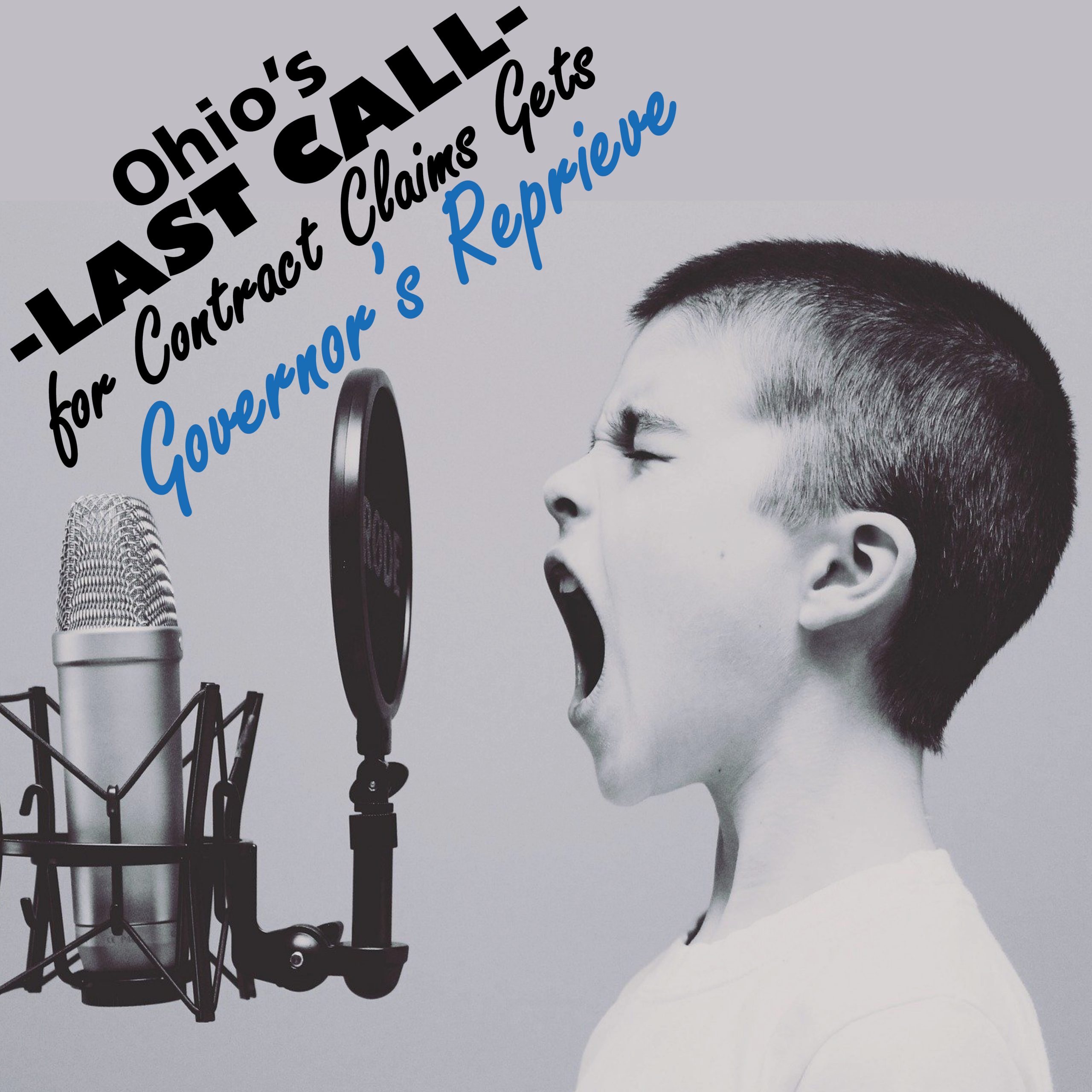 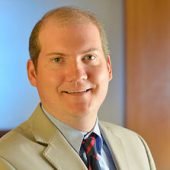 According to Matthew McConaughey’s Rustin Cohle in HBO’s smash hit True Detective¸ “Time is a flat circle. Everything we have done or will do we will do over and over and over again – forever.”  See also Nietzche’s Doctrine of Eternal Recurrence (as depicted in The Gay Science and Thus Spoke Zarathustra).

Mr. McConaughey’s kinematic reflection proves especially timely today, as we live out our own personal groundhog days – washing-rinsing-and-repeating from makeshift home offices in the corners of our musty basements.  Take heart, then, that at least something is coming to an end:  Ohio’s 15 year statute of limitations for written contracts.

Although Ohio actually moved to an eight-year statute when the legislature amended R.C. 2305.06 in 2012, and although the effective date of the eight-year limitations period was June 28, 2012, the window for timely suits did not suddenly shrink to eight years for all contract actions.  Tucked into Section 4 of Senate Bill 224 (which repealed the existing R.C. 2305.06 and replaced it with the amended eight-year version) is the following carve out:

The varying effects of this carve out are highlighted by the examples below. (N.B.:  Neither of the following examples considers the impact of a laches defense (which is typically fact driven by a number of considerations), nor are they structured as between merchants such that they could be considered to be controlled by the UCC.)

X and Y enter into a written contract in 2002 for the sale of land with a right of first refusal on an adjacent parcel in the event Y receives a bona fide offer for such parcel from a third party.  In May of 2004, Y receives a bona fide offer from a third party but never notifies X to allow X the opportunity to exercise its right of first refusal, selling the parcel to the third party on May 31, 2004.

X’s claim for breach of contract accrues on May 31, 2004, thus beginning the clock on X’s 15 year statute of limitations to bring suit against Y for breach of a written contract under the version of R.C. 2305.06 then in effect.  Accordingly, X’s last day to file suit would be May 31, 2019, despite the adoption of the eight-year amendment in the interim.  Notably, the original fifteen year statute runs before June 28, 2020 (eight years from the effective date of R.C. 2305.06 as amended), and thus is not impacted by the amendment.

X and Y enter into a written contract for the purchase of Y’s car, which includes a warranty from Y that before delivery, all of the car’s gaskets will have been replaced.  Y delivers the car to X on June 1, 2012 without having replaced the gaskets.

Presumably, this method for calculating the limitations period for causes of action accruing before the amendment was intended to achieve some balance of fairness (or at least what Ohio’s Legislature considered fair warning).  Little case law discussing the modified limitations period exists, with some analysis seemingly incomplete.  See, e.g., Transportation Ins. Co. v. Busy Beaver Bldg. Centers, Inc., 969 F. Supp. 2d 875, 885 (S.D. Ohio 2013) (stating in footnote 17, “Prior to June 26, 2012, the Ohio statute of limitations for a breach of contract action was 15 years. Ohio Rev.Code § 2305.06 (2011). However, on June 26, 2012, Ohio Senate Bill 224 revised the statute of limitations to eight years. For breach of contract claims accruing prior to June 26, 2012, the previous 15 year statute of limitations remains in effect. S.B. 224 at § 3.”). The Court’s analysis in Busy Beaver appears to give extra time not afforded by Section 4 of SB 224, and it also identifies the cutoff date as the date the Act was approved (June 26, 2012), as opposed to its Effective Date (June 28, 2012).

Under the plain language of Sections 3 and 4 of S.B. 224, the limitations period for all causes of action for breach of a written contract accruing on or before June 27, 2020 officially runs on June 28, 2020.

Conceivably, the amendment shortening the statute of limitations in R.C. 2305.06 from 15 to eight years runs counter to the prohibitions found in Article I, Section 10 of the United States Constitution.  In addition to prohibiting the States from coining their own money and conferring titles of nobility, this Section also forbids the States from passing “any Bill of Attainder, ex post facto Law, or Law impairing the Obligation of Contracts,”  (the last of these prohibitions causing the Section to be referred to as the “Contracts Clause” of the Constitution). But see Baccus v. Banks, 1947 OK 322, 199 Okla. 647, 192 P.2d 683 (The imposing of a reasonable statute of limitations where none previously existed or reducing the period, leaving reasonable period to commence proceedings, is permissible change in the remedy, and does not violate the contract clause of federal Constitution.) appeal dismissed by Reeder v. Banks, 333 U.S. 858, 858–59, 68 S. Ct. 743, 92 L. Ed. 1138 (1948) (dismissed for want of substantial federal question).

What’s more, Ohio’s Governor Mike DeWine signed House Bill 197 into law on March 27, 2020, mandating that any limitations period (including those governed under R.C. 2305.01, et seq.) that would otherwise run between March 9, 2020 and July 30, 2020 “shall be tolled.”  This operates to interrupt the otherwise applicable period of time for bringing suit, and means that the original approaching drop-dead date of June 28, 2020 is now tolled until July 30, 2020. (Courts have upheld legislation extending statutes of limitation as not violative of the Contracts Clause.  See, e.g., Campanelli v. Allstate Life Ins. Co., 322 F.3d 1086 (9th Cir. 2003) (California statute reviving time-barred insurance claims for damage arising out of particular earthquake did not violate Contract Clauses of United States and California Constitutions).)

The Contract Clause aside (and subject to any further tolling efforts by the Legislature and Governor), the sun will eventually set on all Ohio contract claims that accrued before June 28, 2012 – albeit with a bonus month courtesy of the coronavirus.  Alright, alright, alright.

The Best Thing About a Line in the Sand? It’s…

The PPP Partnership Question – An Update