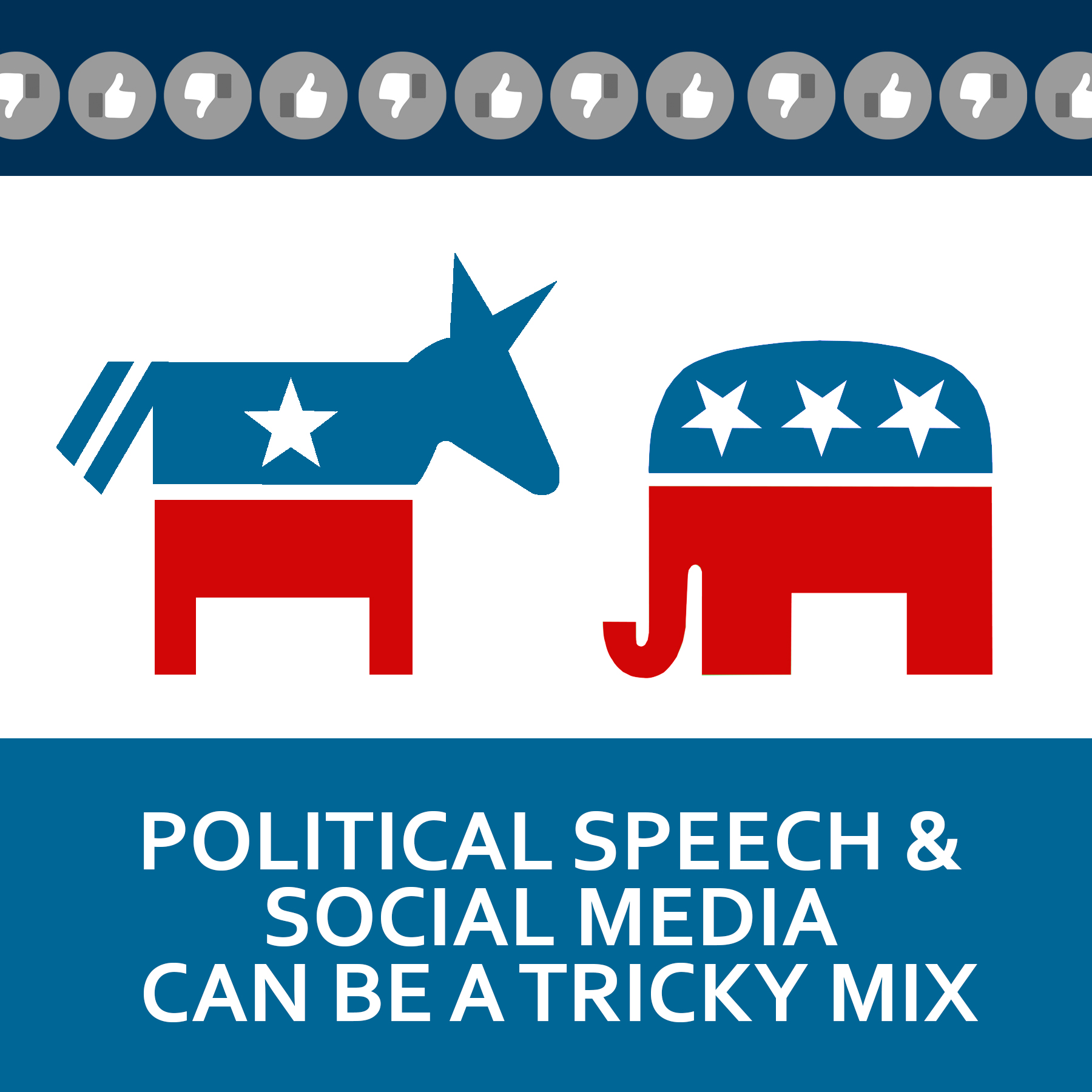 I had a great time last week speaking to a group of business leaders about the issue of employee political speech.  What can and should an employer do when an employee speaks out on a hot button political issue?  This issue can range from the rich and famous (see the NFL and our President’s comments) to less famous, employees who nonetheless cause a stir (see James Damore, the Google engineer whose memo about Google’s “echo chamber” set off an online firestorm).  But in these divided days, it seems employers are increasingly faced with tough calls about what to do with outspoken employees.

The most recent firing involves Hayley Geftman-Gold, formerly a vice president and senior legal counsel at CBS in New York.  This past Monday, Ms. Geftman-Gold wrote about the Las Vegas shooting on her Facebook page, noting  that she was “not even sympathetic bc country music fans are often republican gun toters.”  CBS fired her that day, contending she “violated the standards of our company.”

I don’t know Ms. Geftman-Gold, and I don’t really like to pass judgment.  But it’s hard to blame CBS for the decision.  This seems like a pretty easy decision, or at least one that CBS would prevail on if it’s challenged.

But I do think the episode offers some lessons for employees who wish to speak out.  First, know that your legal protections are limited.  Some states protect employees from discipline for political activity, but those are in the minority.  The National Labor Relations Act offers some protection, but only if the comments concern working conditions.  That may overlap with political advocacy, but not here.  And assuming you don’t work in the public sector, there’s no First Amendment protection.

So how to avoid the fate of the now former CBS employee?  And, maybe more to the point, how to avoid that fate and still speak out?  Here are some ideas.

Our hopes for civil dialogue are in danger of becoming as wistful as our hope for sensible gun control.  But in either event, the job of turning our hopes into reality begins with each one of us.