Politics, Cannabis, and Crystal Balls: What Does the Future Hold for the MORE Act? 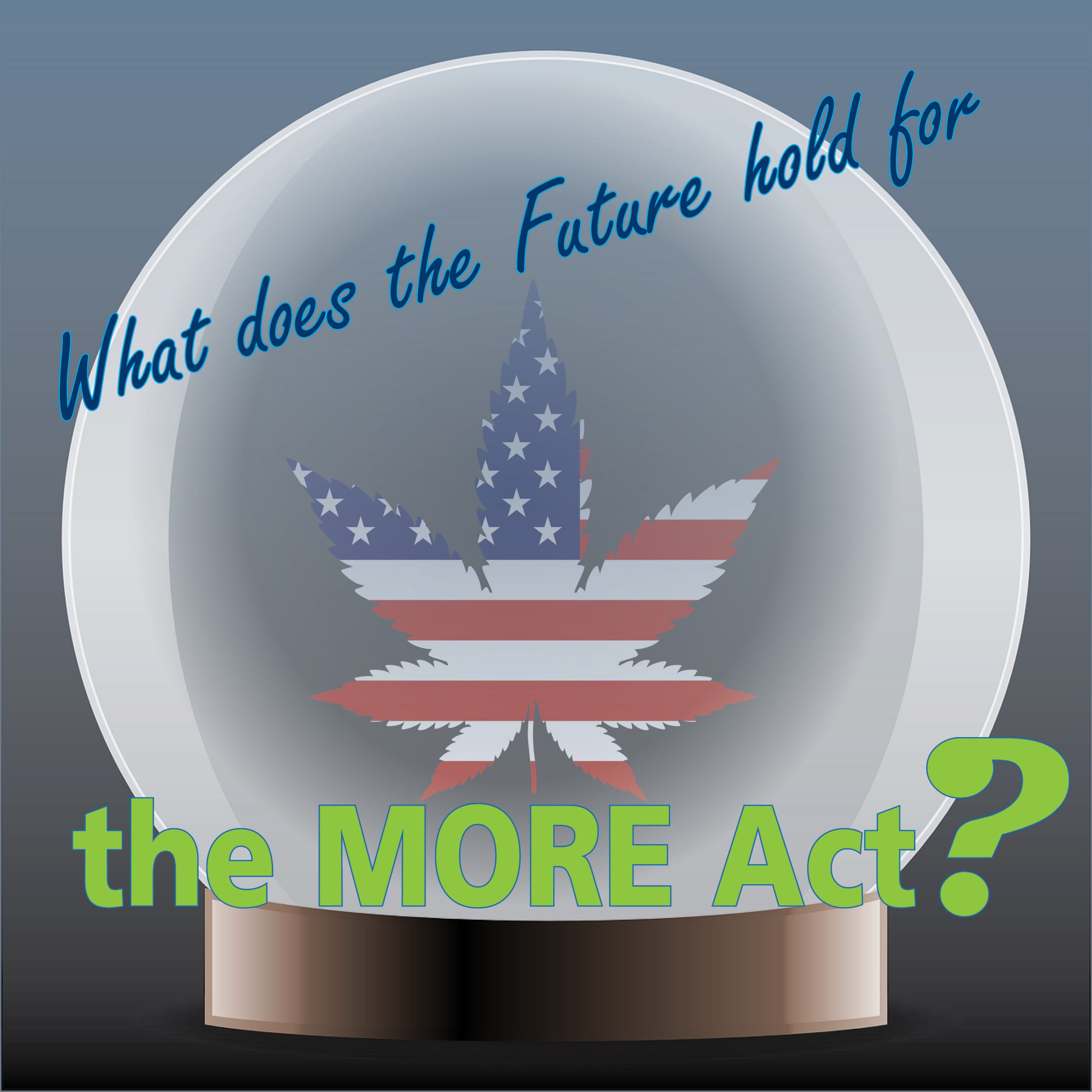 Politics, Cannabis, and Crystal Balls: What Does the Future Hold for the MORE Act?

Whether federal laws related to cannabis will change is a matter of constant speculation.  The questions are renewed with each election and the answers don’t seem to get easier.  With President-Elect Biden coming into office, people grow optimistic.  I share the long-term optimism, but for two big reasons I am bearish on the likelihood that the federal government will get out of the way in the near term.

First, cannabis will not have top billing in the new administration’s political queue of needs and wishes; it will fall somewhere behind matters related to climate, economy, foreign relations, trade, and more.

Second, every administration expects some grace from Congress, but unless the Democrats win both Georgia Senate seats in the upcoming run-offs, any cooperation from the Senate seems unlikely.  On the plus side for cannabis, those races seem to be statistical dead heats as of November 17, so it’s anyone’s ballgame.

Will the Biden administration spend political capital with a Republican led Senate on cannabis?  It seems unlikely. Would a Democratic-led Senate move forward on marijuana?  I’d venture to say yes, but when?  There is so much other business for the new administration to tend to; it is anyone’s guess if that could happen within the Biden administration’s first couple of years. It is also possible that in the horse trading world of politics, cannabis becomes a victim of other needs.  We shall see.

Let’s take a quick look, for example, at S.2227, and H.R.3884, the Marijuana Opportunity Reinvestment Act of 2019, known as the MORE Act of 2019. The bill aims to decriminalize and de-schedule marijuana, is sponsored by Vice-President-Elect Harris in the Senate and Jerry Nadler in the House. The bill also imposes a 5% tax, makes SBA loans available, enables those with marijuana convictions to receive public benefits, and establishes a process for conviction expungement, among other things.  It was introduced on July 23, 2019, and, so far is waiting to pass out of committee for the full Senate to vote.  The House has passed the bill out of committee and will be reported to the House for a lame-duck vote in December where passage is likely. But in the Senate, it won’t get a vote.

Even with the original sponsor of the bill now entering the West Wing, it is difficult to imagine passage in the Senate while the Republicans control.  The long shot speculation involves the recent election seeing favorable results for marijuana everywhere that it was on the ballot, even dark red states.  Is cannabis crossing party lines out in the open?  It does not seem so yet, for instance, www.govtrack.us cites Skopos Labs,  in giving the bill a 3% chance of passage.  It seems that without two wins in Georgia, the cannabis industry will need to hope for the best and look to the 2022 election cycle.  Unfortunately, the early line in those races is not terribly optimistic, according to Sabato’s Crystal Ball.

Should you have interest in digging deeper; understanding the MORE Act, or any other cannabis related legislation in detail, call our team.

It’s Not All About COVID … Don’t Forget About “Regular”…