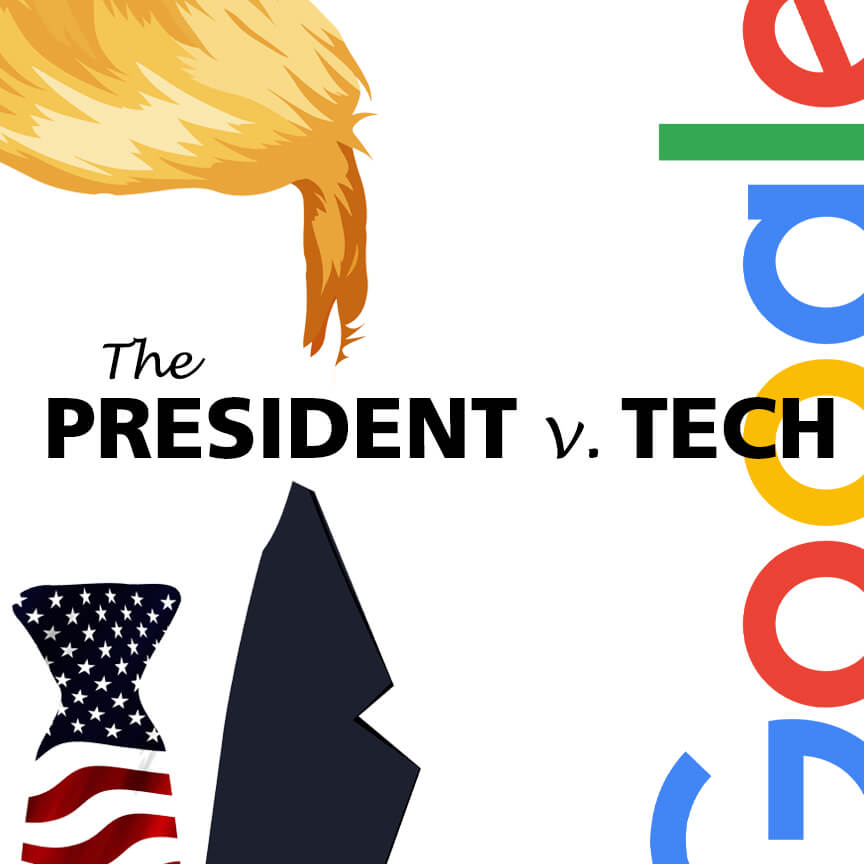 According to a recent tweet, President Trump is apparently under that impression that Google “rigs” search results to suppress “voice of Conservatives” and hide “news that is good.”  The tweet is long on bluster and short on evidence.

But he is President, and his words matter.  And he signs off by noting “This is a very serious situation – will be addressed.”  So there’s that.

But how could he address the, um “problem”?   A recent article in Vox asked 8 experts about it.  There isn’t complete consensus, but a few themes seem to emerge.  Several of the commentators noted the possibility that President Trump simply doesn’t understand that this really isn’t a First Amendment issue.  So even if he were correct about the alleged “rigging” (and that’s a pretty dubious proposition) there’d be no First Amendment issue. Google, Twitter, etc. are private entities, not subject to the First Amendment. So they can delete content as they see fit.

That of course points to the issue another commentator raised – the notion that search engines and social media platforms could be deemed “public utilities” subject to increased regulation, including rules about “must carry.”  That seems unlikely.  I can’t see Congress taking what would be a really drastic step.

But what is potentially more likely is Congress eliminating in whole or in part the protections offered by Section 230 of the federal Communications Decency Act.  Several commentators noted that prospect.  Currently, internet service providers are essentially immune not only for the content posted by third parties, but they are also protected from liability arising from their decisions to edit or take down content.  Eliminating Section 230’s protection wouldn’t be as heavy handed as declaring ISPs utilities, but it could open the floodgates of private litigation and have a similar effect.

This action would address President Trump’s concerns with the editing functions, but it could also satisfy those who feel that ISPs haven’t done enough to take down the rants of lunatics like Alex Jones and his InfoWars.  It’s a two front attack.

It’s a story worth following. Which is pretty easy to do, thanks, kind of ironically, to our President’s penchant for tweeting.