READ THIS BEFORE MAKING A DISTRIBUTION TO A BENEFICIARY IN 2020 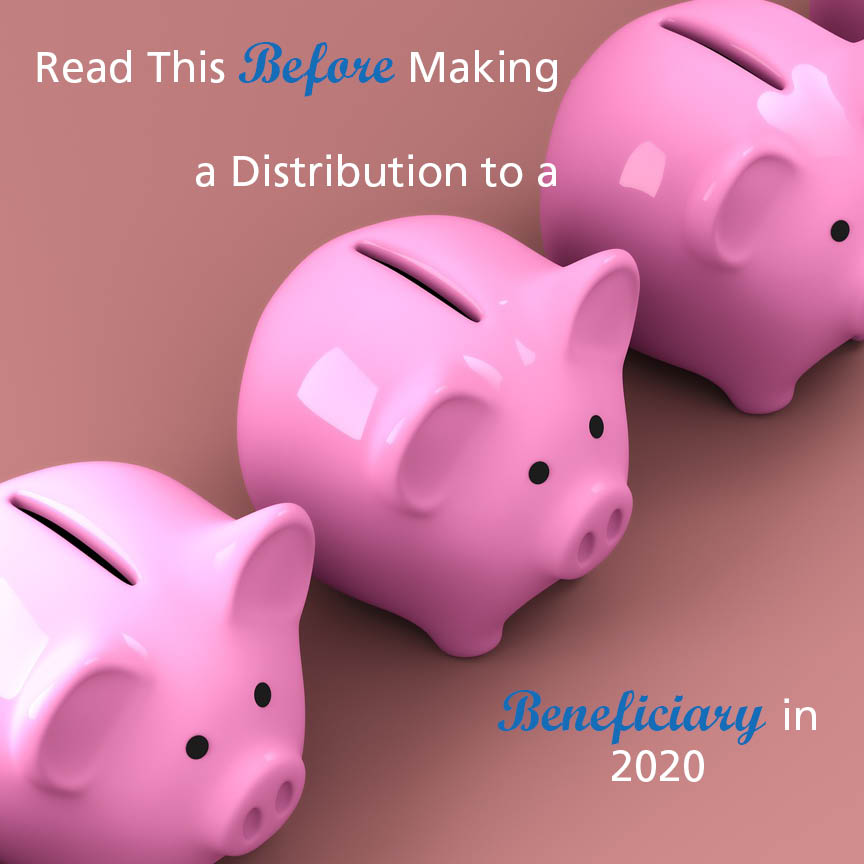 READ THIS BEFORE MAKING A DISTRIBUTION TO A BENEFICIARY IN 2020

As discussed in our previous blog post, the SECURE Act changes the date that employees are required to begin making retirement distributions from qualified plans from the April 1st after reaching age 70 ½ to the April 1st after reaching age 72. This is not the only significant change made to the required minimum distribution rules. The SECURE Act also makes sweeping changes to the rules that govern how a defined contribution plan must distribute an employee’s account balance to beneficiaries after the employee has died.

Before the passing of the SECURE Act, the required beginning date for post-death distributions was dependent on whether the employee died before or after his or her required beginning date and whether the employee had a designated beneficiary.  The pre-SECURE Act post-death distribution rules no longer apply to defined contribution plans and have been replaced with a general rule. The general rule requires a plan to distribute the entire interest of the employee to a beneficiary within 10 years after the death of such employee (regardless of whether distributions of the employee’s interest had begun).

The 10-year general rule does not apply if the employee has not designated a beneficiary. In that case, the entire interest of the employee must be distributed within 5 years after the death of such employee.

Cadillac Tax Sent to the Junkyard; but PCORI has New…