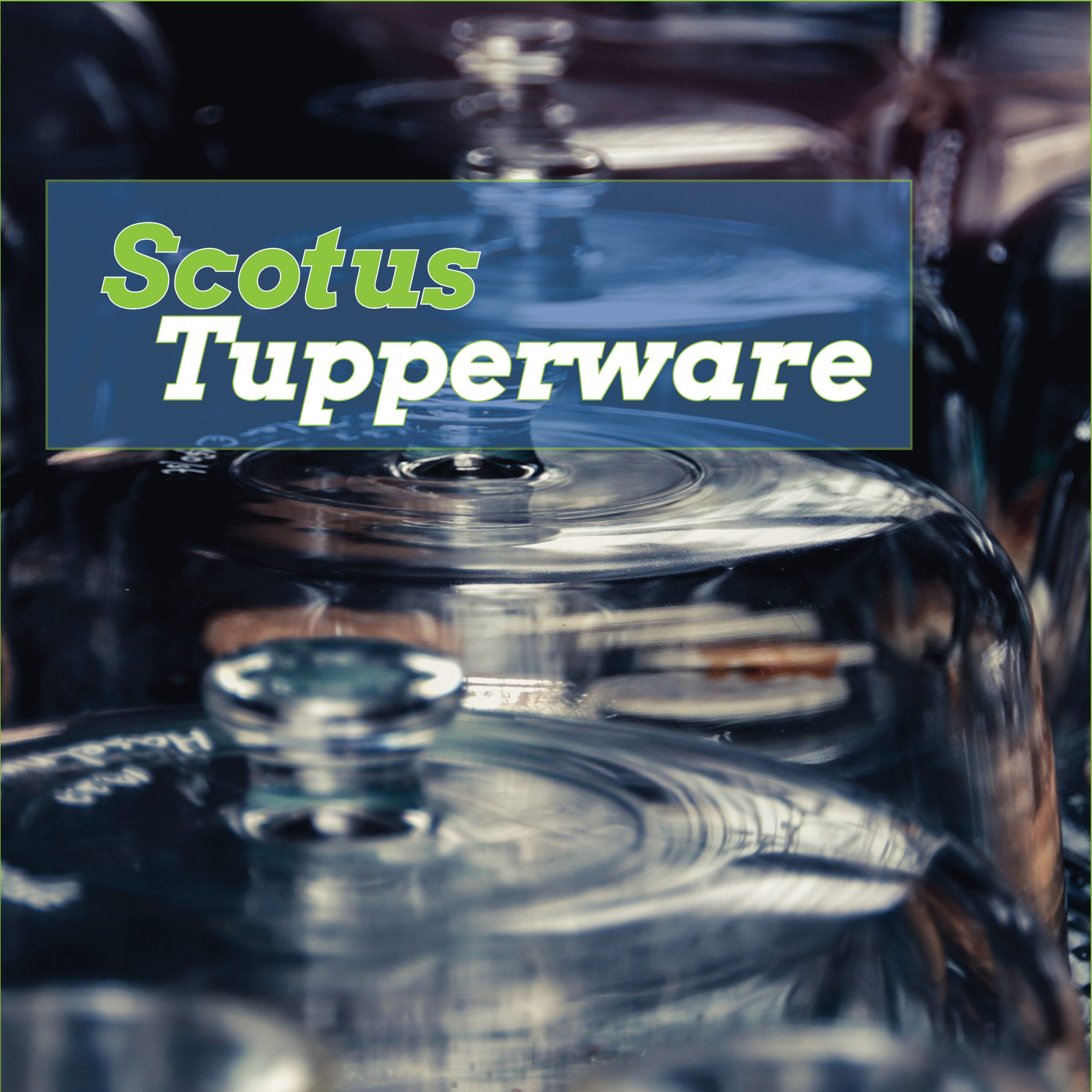 Reading a Supreme Court case in the days after Thanksgiving is sort of like browsing through a post-turkey-day refrigerator: lots and lots of containers and you’re not sure what’s inside each one. This Thanksgiving the “new” Court (we say new because of new Justice Barrett) served up a buffet, a veritable pot luck smorgasbord, the nine Justices showing up with covered dishes of jurisprudence. The theme was religion and the pandemic (not exactly a great choice for non-controversial dinner table conversations). Some Justices have shown us their recipes for handling religion cases during the pandemic; others not so much.

An early clue to Roman Catholic Diocese of Brooklyn v. Cuomo is “per curiam,” which means the Court’s majority opinion is unsigned, a collective decision, without spotlighting who the single author is. The Court’s per curiam decision granted an injunction against New York Governor Andrew Cuomo’s covid order that had limited the number of in-person religious worshipers to 10-25 (in “red”or “orange” zones).  The covid order united in opposition the Catholic Diocese of Brooklyn as well Orthodox Jews in Agudath Israel of America. The Governor’s reaction to the Court blocking his covid order was that the case was moot because he’d already loosened up the rule (to 50% capacity), commenting that the Court was just using the case to display its “politics”.  If not their politics, some Justices did go out of their way to show their differing legal views of the First Amendment’s Free Exercise of Religion Clause as applied in the pandemic context.  This is a key case when we consider that the future may very well bring Scotus cases in other covid contexts, like religious objections to covid vaccination.

Among the Nine, the idea of the free exercise of religion involves both pluralism and polarity, reflecting the larger dynamics of the country. The Constitution chose religious freedom over theocracy as the republic’s model, a revolutionary choice (made at a time when the ‘divine right of kings’ had currency) that has fostered religious pluralism.   While pluralistic, religion across a broad America has unifying as well as polarizing aspects, sometimes bringing people together and sometimes not.   The Cuomo case, if we peer carefully into its many dishes, gives us some insights into things to come in religion cases during the pandemic.

Justice Gorsuch breaks early from the per curiam pack in a separate concurring opinion turning up the heat with the opening line: “Government is not free to disregard the First Amendment in times of crisis.”  Wow.  Why, Justice Gorsuch asks rhetorically, can hardware and liquor stores, acupuncturists and lawyers, insurance agencies and bike shops stay open as “essential” but not churches?  Sarcasm creeps in as Gorsuch writes:  “[I]t may be unsafe to go to church, but it is always fine to pick up another bottle of wine, shop for a new bike, or spend the afternoon exploring your distal points and meridians. Who knew public health would so perfectly align with secular convenience?” (I had to go to the dictionary for “distal points and meridians”.)

Justice Kavanaugh authors in Cuomo his own concurrence, a dish with less heat, more process, than the Gorsuch opinion.  He points out that the case only involves a temporary injunction and not a final decision on the merits. He votes to grant the injunction to give lower courts and Scotus more time to consider the merits.  In effect, he’s saying let’s not pick the big pandemic-and-religion fight until we have to.

Even more judicial restraint is shown by the Chief who would deny the injunction. In a separate dissent, Chief Justice Roberts says, in effect, we don’t have to decide whether the government’s restrictions violate the First Amendment because the New York limits have been relaxed. “It is not necessary…for us to rule on that serious and difficult question at this time.”  The Chief’s big concern, in this and other controversial cases, is: Don’t go looking for trouble. An institutionalist who knows the long game, he is concerned, during divided times, about maintaining the reality and perception of the Court as the judicial rather than the policy-making branch.   When the Court publicly displays its differing views, especially when it doesn’t have to, the Chief cringes that the Court looks political. He cringes with some reason, as if he could have predicted that the Governor would say that the Court was just showing its “politics” by stepping into a religion case unnecessarily.

The Cuomo case buffet goes on. Enter Justices Breyer, Sotomayor and Kagan in dissent, hot dishes about the deadliness of the pandemic and the need for strong governmental action in the interest of public health and safety. The polarities of the Court are exposed, with the Gorsuch religious freedom clarion call at one end and, at the other, the dissent’s deference to the government to protect public health and safety.

As we look around the table, 6 of 9 have had their say, leaving three silent, under cover of per curiam. Two are familiar: Justices Thomas and Alito. We knew from their prior free exercise decisions that they’d vote to enjoin the Cuomo limits on church gatherings. The one we were most curious to hear from, but didn’t fully, was the newcomer: Justice Amy Coney Barrett. She added her decisive fifth vote to the majority, granting the injunction, without issuing an opinion. What does this tell us? She may, in a pandemic, side with religious liberty over governmental limits. But is she on the Gorsuch side or the Kavanaugh side or will she eventually show us a different jurisprudence in religion cases? Maybe she didn’t want this case, this controversial issue, to be her debut.

For now, looks like some containers still have the lids on.