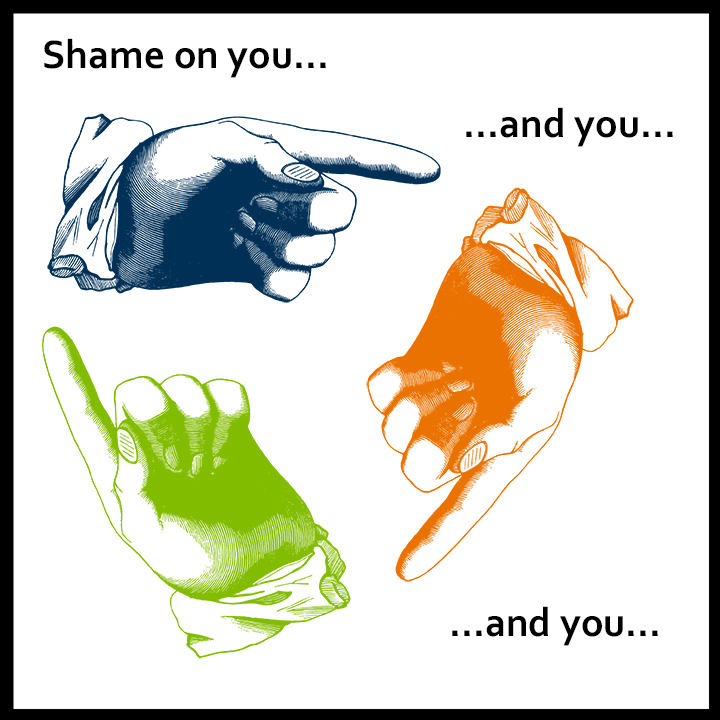 I heard this piece on Morning Edition yesterday.   It’s about people posting photos of participants in the white supremacist rally in Charlottesville last Saturday.   There’s a Twitter account called “Yes, You’re Racist” that serves as sort of a clearinghouse for uploaded photos.  Actress Jennifer Lawrence is in on the  “Internet search party” too.

And I am kind of struggling with the whole thing.  On the one hand, if folks want to carry torches and shout racist chants, I have no sympathy for them.  And there is no problem sharing photos taken in public of people acting out in public.  The First Amendment protects the posters without any question.  If you want to dress up like Hitler and goosestep around your house, that is your private business.  But once you head out into public you check any right to privacy at your front door.

And I also believe in the wisdom of a few clichés – like “sunlight is the best disinfectant” and “the best way to expose a fool is to hold a mirror to him.”  The KKK wore hoods for a reason – they wanted anonymity.   Exposing vile racists for what they are is not a bad thing in my view.   Perhaps the shaming will make them think more deeply about their beliefs.  Or perhaps one of their relatives will see the photo and talk some sense into them.

But on the other hand, as reprehensible as their views may be, (and as long as they don’t engage in physical violence) these folks have a First Amendment right to spew their bile.  And while online shaming isn’t a First Amendment issue (because there’s no government action) to the extent there’s a kind of vigilante justice afoot here, it seems at least a little at odds with the spirit of the First Amendment.  I’m not suggesting the folks at “Yes, You’re Racist” or JLaw are advocating that people physically harm the folks depicted in the photos, but no doubt there are people out there who may take matters in their own hands.  And a post that helps identify and locate the rally participants has to increase the odds of that happening.

And there is the risk that the photos aren’t accurate.  It’s possible that the photo is not the person identified.  Pictures can be easily photo shopped. And the photo doesn’t necessarily tell the context.  All of which means, it is possible that a name gets attached to a photo that’s not actually a match.  And the misidentified person is branded a racist, a white supremacist or a Nazi.  Forever.  That could result in some serious liability to the shamers.

If I were advising anyone planning to out a rally participant, I would urge them to think very carefully about it, and make 100% sure they have their facts straight.  One more cliché is in order – “two wrongs don’t make a right.”