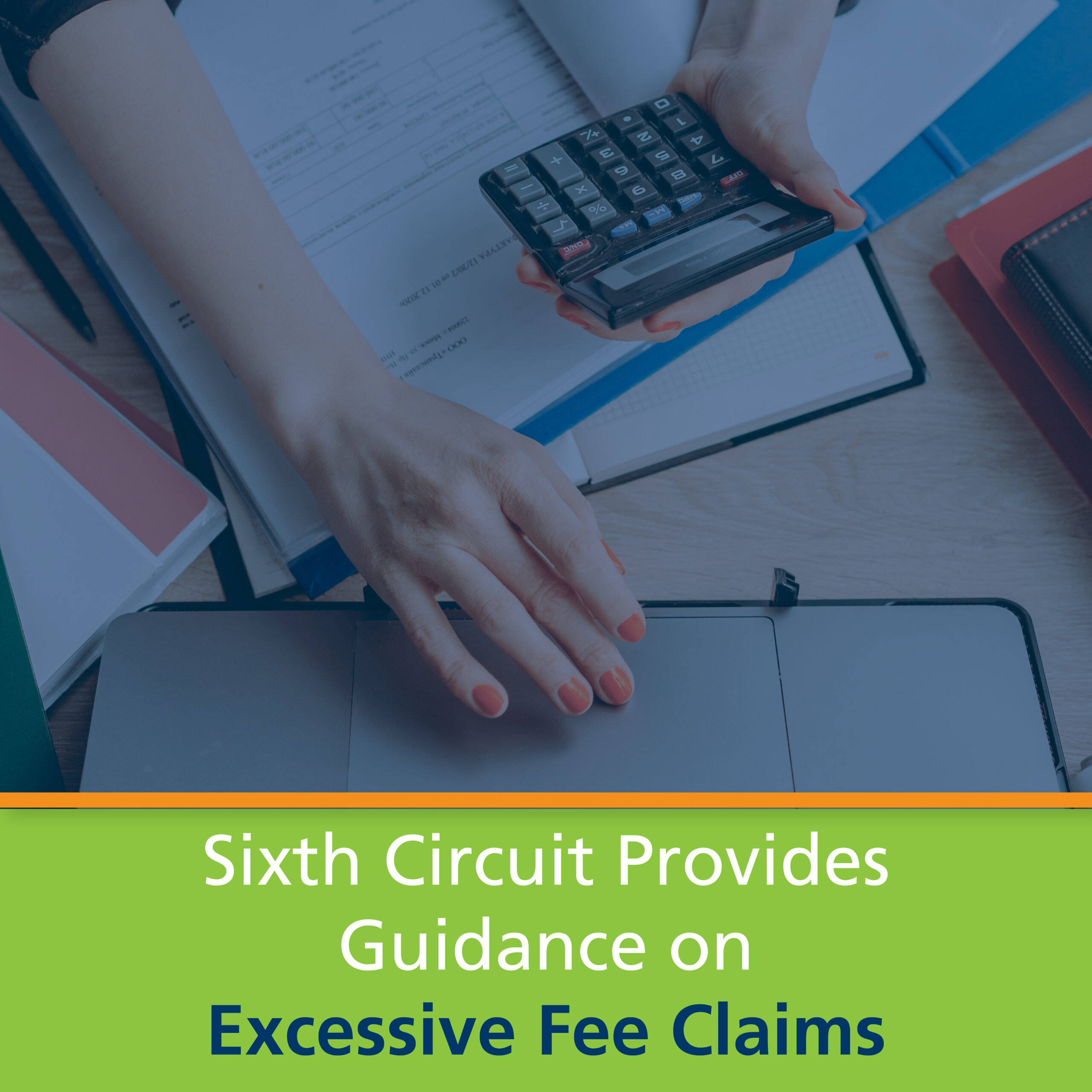 By: Lyndsey Barnett and Michaela Taylor*

On June 21, 2022, the Sixth Circuit in Smith v. CommonSpirit Health provided updated guidance for plan sponsors in excessive 401(k) fee complaint cases. In their opinion, which affirmed a September 2021 decision from the Eastern District of Kentucky, the court held that whether an ERISA excessive fee claim is plausible “depends on a host of considerations, including common sense and the strength of competing explanations for the defendant’s conduct.” The Courts decision provides a win for plan fiduciaries, in a growing list of excessive 401(k) fee lawsuits.

The plaintiff, a former employee of Catholic Health Initiates, now CommonSpirit Health, argued that because CommonSpirit offered actively managed investment options, instead of managed index options, they allowed the plan to pay excessive fees, and brought action under ERISA’s provision for breach of fiduciary duty. In response, the court explained that ERISA “does not give the federal courts a broad license to second-guess the investment decisions of retirement plans,” but that “courts must give due regard to the range of reasonable judgments a fiduciary may make based on her experience and expertise.”

With this decision, the Sixth Circuit became the first court of appeals to apply the U.S. Supreme Court decision from earlier this year, Hughes v. Northwestern University, which held that courts deciding fee and expense cases under ERISA must engage in a “context-specific inquiry.” Here, the court affirmed that even though actively managed funds may cost more than passively managed funds, actively managed investment funds can be a positive option for employees looking to realize above-average returns over a long period of time. The court ultimately found that limiting this choice would be unwise. The court also acknowledged that there are many factors that need to be evaluated in the justification of higher fees, and that in the future, other courts ruling in these cases should not limit their inquiries to an arbitrary list of factors, but should instead apply the “context specific inquiry” as found in Hughes.

Plan sponsors and fiduciaries can breathe a short sigh of relief following the uncertainty of the impact of the decision Hughes. The Sixth Circuit has made clear that participants cannot just point to a less costly fund, but must prove “significantly more serious signs of distress,” to proceed with a claim. If you have any questions on this decision, or on retirement plan administration in general please contact a Graydon employee benefits attorney.

*Michaela is a summer associate with Graydon and is not yet authorized to practice law.

COBRA Notice Errors Can be Costly