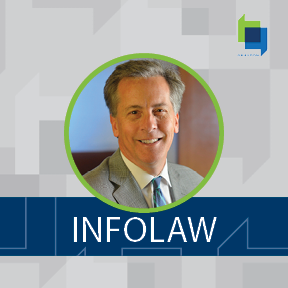 A lawsuit filed in a Michigan federal court is seeking to hold Twitter, Facebook, and Google liable for the deadly shootings last year at the Pulse Nightclub in Orlando, Florida. According to the complaint, the social media platforms have violated a federal criminal statute that criminalizes “harboring or concealing terrorists.”

The plaintiffs are family members of three victims of the Pulse shooting. The theory of the case is that ISIS used social media to further its mission – a mission that included the Pulse Nightclub massacre.

The complaint lays out a number of examples of ISIS using Twitter, Facebook, and YouTube (Google) to recruit members and to fund its cause. The complaint contends none of the providers took adequate steps to remove the ISIS created content, despite knowing of its existence.

The case has any number of hurdles to overcome that have more to do with common law than with social media. Tort law recognizes some limits on any plaintiff’s ability to prevail on a lawsuit. Among these limits are the concept of “proximate cause.” Proximate cause requires that an injury be the natural, direct and uninterrupted consequence of an act. This begs the question here whether the hateful postings of radical extremists can be deemed the “natural, uninterrupted” cause of a mass shooting.

Another obstacle facing the plaintiffs is the issue of “foreseeability of harm.” This concept requires “damage or harm will probably ensue from the act in question.” So, again can we really say that it was probable (as opposed to “possible”) the Pulse shooter would react to the postings at issue and commit such a heinous crime?

“Intervening cause” is another concept at play here. Where an independent act causes the harm, it essentially supersedes the conduct of the first actor. The argument here is the Pulse shooter was an intervening cause of the harm. The counter argument, however, is that where one defendant’s negligence has contributed to the criminal conduct the defense doesn’t apply.

But all of these traditional defenses may not be the deciding factor. The federal Communications Decency Act is more likely to doom the complaint. That statute provides that a provider of an interactive computer service (all three of them are) is not considered the publisher of content supplied by a third party. That would be ISIS. And there is no exception even when the third party is a radical terrorist organization.

The plaintiffs contend, however, that the sites “target” viewers, and supply advertising based on the browsing habits of those users, such that the sites are essentially themselves “content providers.” But it’s unlikely this will work. ISPs do not lose their protection under the CDA for exercising “traditional editorial functions.” Selecting where and how to post content falls under that traditional function.

The threat of ISIS is real and really scary. And it’s not surprising victims are looking to hold those responsible accountable. But this effort may prove to be a little too great a reach.

Burke Ramsey, the older brother of JonBenet Ramsey, recently filed a defamation lawsuit against CBS based on its four hour documentary entitled “The Case of: JonBenet Ramsey.” The filing proves some controversies never die. And it’s also a cautionary tale for other media outlets who remain fascinated by the sordid tale. Netflix has announced plans to premiere its own documentary – “Casting JonBenet” at the upcoming Sundance Film Festival. I suspect Burke’s lawyers have already bought tickets.

For some younger readers, a little background. JonBenet Ramsey was a six year old girl raised in a wealthy Colorado family. Her parents had entered her in a number of beauty pageants, which was either creepy or just a little weird. There are pictures still available online of her dolled up like some sort of real life Barbie Doll.

On Christmas 1996, she was found dead in the family home – strangled with her wrists tied above her head and a garrote around her neck.

The crime has never been solved, but family members have been the subject of much conjecture. Burke Ramsey was 9 years old at the time. The CBS documentary played up that angle. A panel of experts concluded 9 year old Burke struck and killed JonBenet with a flashlight and the parents then staged the brutal crime scene to save Burke from prosecution.

That part of the complaint is pretty basic – indeed, a defamation suit always follows that pattern – “you said something bad about me that’s false.” But this case has a bit of an added wrinkle – a fraud allegation. The complaint contends CBS “perpetrated a fraud on the public.” According to the complaint, “instead of being a documentary based on a new investigation by a so-called team of experts, ‘The Case of: JonBenet Ramsey’ was a fictional crime show based on a preconceived storyline scripted in a self-published and commercially unsuccessful book, ‘Foreign Faction’, written by Defendant James Kolar and published in 2012.”

That allegation has significance beyond simply making CBS look bad. There is some legal strategy behind it. Given the public interest in the JonBenet case, it’s likely Burke Ramsey could be considered a “public figure” at least as to any reporting on the case itself. That means in a defamation suit, he’d have to establish that CBS broadcast the show with “actual malice.” That is, CBS knew what it was reporting was false or was reckless. In that type of case, merely getting it wrong isn’t enough. So if a group of experts looked at the evidence and came to the conclusion that Burke Ramsey did it – and even if that conclusion was erroneous – CBS would win.

But if Ramsey can establish, as he’s alleged, that CBS had a narrative in place before looking at the evidence, and the “experts” purposely shaded the evidence to fit that theory, he is in a much better position.

The case also points to the risks inherent in reporting on cold cases. Defamation cases that may have otherwise remained dormant can be given new life when re-examined.

Ramsey’s lawyer is Lin Wood, an Atlanta based media lawyer who made his name representing Richard Jewell – the man initially suspected of planting the bomb in the Atlanta Olympic Village in 1996. He knows a thing or two about false accusations. It will be interesting to see how this all ends. If it ever does.