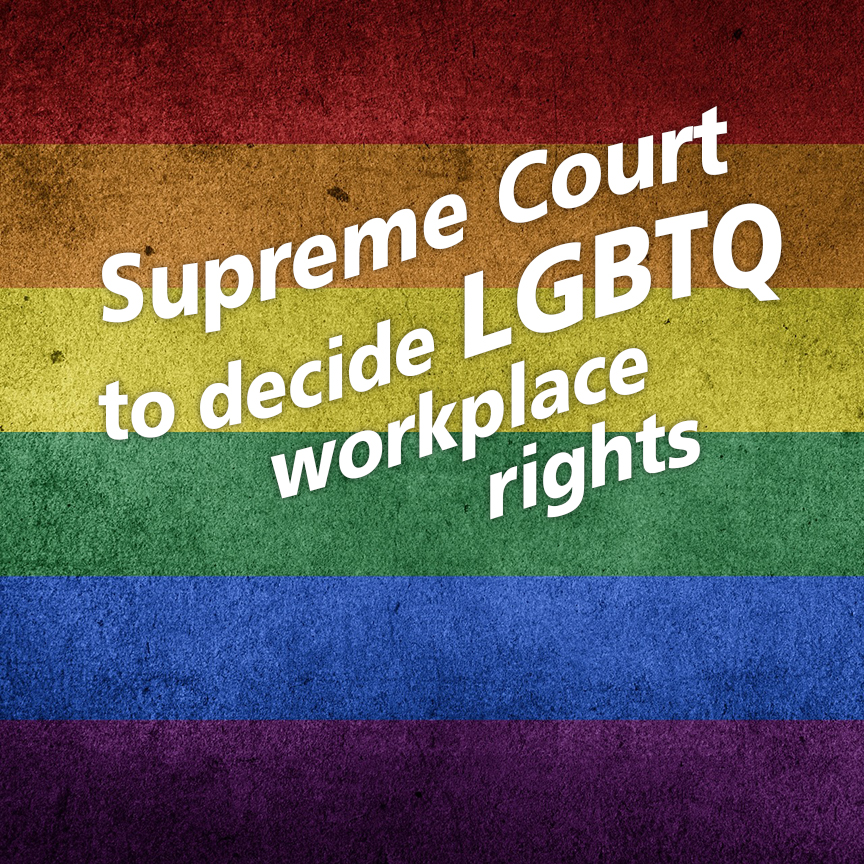 Last Monday, the United States Supreme Court accepted for review appeals of three cases that involve similar questions about whether Title VII of the Civil Rights Act of 1964 protects LGBT works from workplace discrimination based on sexual orientation or gender identity. Title VII is the federal law that bans discrimination in the workplace based on sex, race, color, religion and national origin. The Supreme Court accepts approximately 1% of appeals for review, thus its acceptance of any appeal becomes newsworthy. More importantly, the Court will decide a split of opinions on this issue from lower appeals courts. Federal appeals courts in Chicago, New York, and Cincinnati have interpreted Title VII to extend protections for transgender people, while a federal appeals court in Atlanta decided that the protection of Title VII based on “sex” does not include “sexual orientation.” These appeals are the Supreme Court’s first take on LGBTQ workplace rights with a strengthened conservative majority (after the appointment of Justices Gorsuch and Kavanaugh) and the retirement of Justice Kennedy, who authored the Court’s first major gay rights opinions. And to add a bit of political spice – these cases will be argued this fall, with decisions likely by June 2020 – smack in the middle of the 2020 presidential election campaign. Stay tuned!