The DOL’s Final Rule on Disability Claims Procedures: What Changes do you Need to Make? 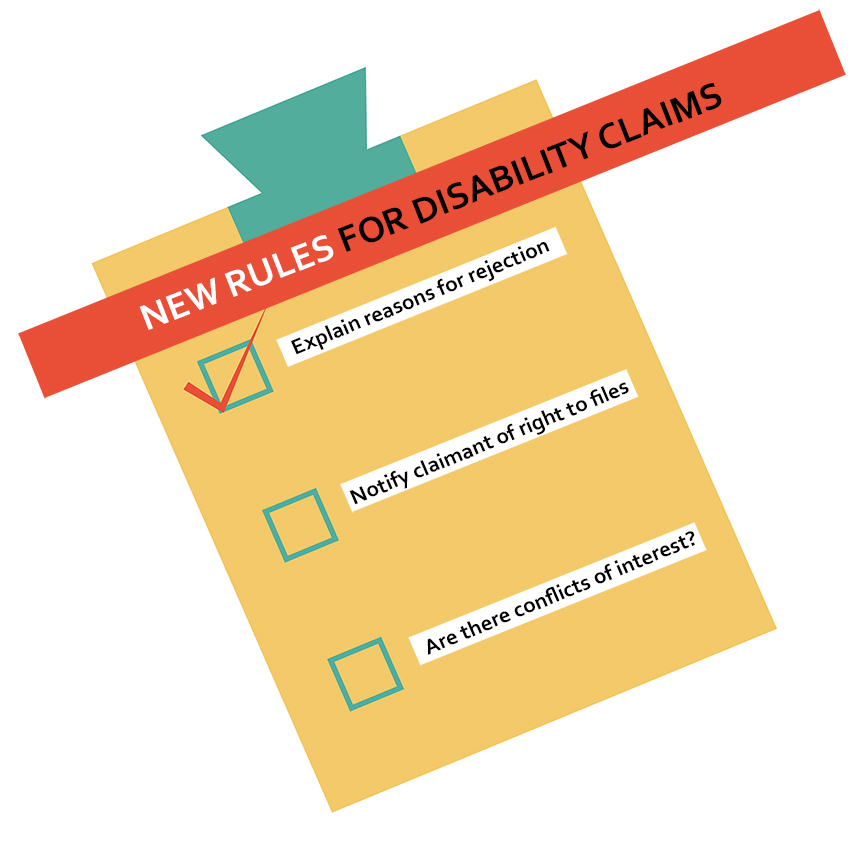 The DOL’s Final Rule on Disability Claims Procedures: What Changes do you Need to Make?

On December 16, 2016, the DOL announced the release of regulations that will modify existing administrative procedures for certain disability claims. The Final Rule was effective on January 18, 2017 and generally applies to claims for disability benefits filed on or after January 1, 2018. Last December, the DOL also issued a Fact Sheet that outlines the Final Rule. The Final Rule substantially changes regulations for disability benefit claims filed under ERISA Section 503. The new requirements parallel many of the procedural requirements for claims and appeals filed with group health plans that are subject to the ACA.

Some of the most significant changes to the disability claim procedures under the DOL’s Final Rule include beefed-up disclosure requirements. Under the Final Rule, denial notices must contain specific reasons for an adverse determination and basis for departing from previous rulings, such as a disability determination by the Social Security Administration. Further, claimants must be informed of their right to request and obtain the entire file upon denial of a claim, not just upon denial of an appeal. Under the Final Rule, benefit denial notices must be updated to include the plan’s internal rules, guidelines, protocols and criteria used to adjudicate the claim (or a statement that none were utilized).

Under the Final Rule, a plan’s review of an appeal is limited to the evidence and rationales relied upon in its initial denial of a claim, unless the claimant is furnished with proper notice and a sufficient opportunity to respond to the additional information. Also, the DOL attempts to address potential conflicts of interest. For example, a third-party claims adjudicator (or vocational expert) must be objective and not have an interest that is served by making an adverse determination.

The Final Rule has teeth. If your plan fails to meet all the new procedural requirements, claimants will be deemed to have exhausted the administrative remedies under your plan. The consequence of such a result would operate to provide claimants with direct access to federal district courts and eliminate any deference that may otherwise be given to the plan sponsor’s determination. We can assist you in complying with the Final Rule prior to January 1, 2018