The End is Here (or Near): DOL Unveils Final Version of its New Overtime Rule, Set to Take Effect January 1 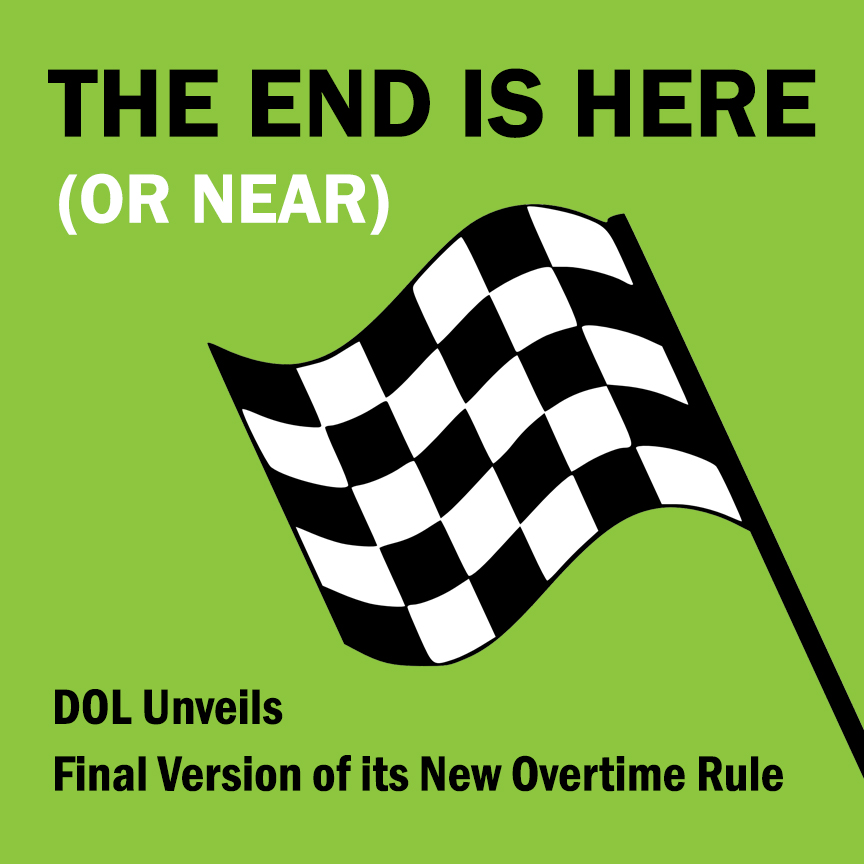 The End is Here (or Near): DOL Unveils Final Version of its New Overtime Rule, Set to Take Effect January 1

By Nick Ziepfel and Dan Burke

Today, the Department of Labor released its final version of the much anticipated overtime exemption rule, setting the minimum salary threshold for the FLSA’s white collar exemptions at $35,568 per year – up from the current $23,660 minimum salary threshold that was last updated in 2004. Unless you’ve lived under a rock for the past three years, you might know that this new overtime rule has been the subject of intense scrutiny and criticism from both sides. I’ll spare you the “exciting” legal maneuvering that spawned the final iteration of this rule and provide a CliffsNotes version.

This journey began in May, 2016, when the Obama administration issued its “new” overtime regulation that, among other things, more than doubled the minimum salary threshold for exemption from the current $23,660 to $47,476. Employers were understandably concerned about the impact this change would have had on their businesses.

Days before the new regulation was set to take effect, a federal judge in Texas issued an injunction temporarily halting implementation of the new rule. The Trump administration then vowed to create a new overtime rule that would update the minimum salary threshold but not be as burdensome on employers.

The Trump administration took its sweet time and, on March 7, 2019, finally proposed to increase the minimum salary threshold to approximately $35,000/year – an approximate $12,000 increase and nearly the exact middle of the current and Obama-era salary thresholds.

This new overtime rule sets the minimum salary threshold at $35,568 per year, or $684 per week, to qualify for one of the white collar exemptions from overtime. Employers can satisfy up to 10% of this new minimum salary threshold via bonuses and commissions that are paid at least once per year.  The new rule also increases the exemption threshold for “highly compensated employees” from $100,000 to $107,432 total annual compensation.

Remember that the overtime exemption test is Salary Basis + Salary Level + Job Duties = Exempt.  Salary is just one part of the equation; employees must also perform specific duties to qualify as exempt from overtime. This analysis often hinges on the exact functions an employee performs and the time devoted to these functions. Employers should thus examine the actual duties that the employee performs, not just those listed on a job description.

Misclassification of employees carries a high risk. Employers can be on the hook for fines and back pay for up to three years. In rare instances, even criminal charges may be filed. Employers should revisit their employees’ job duties and correct potential misclassifications as they adopt this salary threshold increase.  Graydon stands ready to help employers navigate this significant change by offering privileged advice regarding your options.