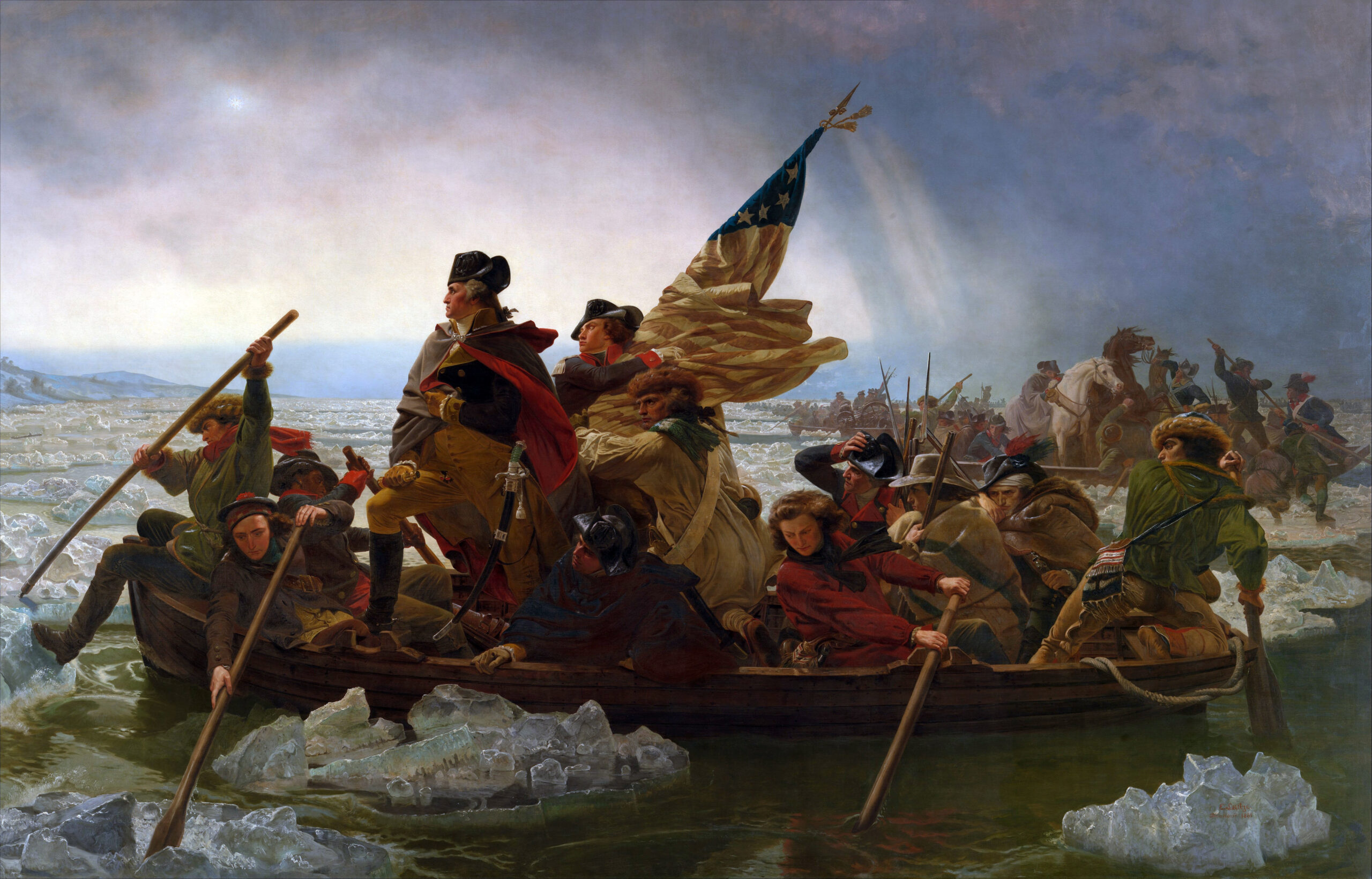 In honor of Flag Day…

Our American flag is a powerful visual image that still inspires in many different forms and contexts, whether at the ballpark, a veteran’s funeral, or a second grader’s crayon drawing.

We’ve heard since grade school that among the meanings our flag carries is “e pluribus unum”—“out of many, one”.  That motto is familiar enough now to be forgotten. Neither our flag, nor our Constitution, nor our national motto stops at pluralism for the sake of pluralism.  Rather, pluralism is joined with union; we value both pluribus and unum.  The flag has Stars and Stripes, different shapes and colors, within one framing rectangle of the American Republic.

One of the most familiar flag images was painted in 1851 by a German American artist, Emanuel Leutze: “Washington Crossing the Delaware”.  Leutze  painted not one but two enormous versions of “Crossing”, one of them hanging today in the MET. The painting is a national monument, arguably the most famous image in American art history experienced by millions of Americans.  The other version of “Crossing” burned during World War II in an Allied fire bombing of a museum in Bremen, Germany. Layers of irony here: a painting by a German-American that is now an American national monument that was collaterally destroyed by Allied forces seeking to win a war of democracy vs. totalitarianism.

While Leutze’s  “Crossing” was, as we know, about an actual Revolutionary War event,  the painter’s intention was wisely not to create a literal picture of 100% historic accuracy. No one in the boat had an iPhone camera. General Washington wasn’t wearing a GoPro. Literal realism of the scene was impossible.  Leutze’s message was not: “Folks, here’s an exact picture of the scene, best I could do!”

One clue to Leutze’s real message is in the flag. The dynamic and freezing flag Washington holds in the painting was not the one he could have held in the boat. The flag he holds in the painting was not adopted by the Continental Congress until six months after the historic event. The flag is not literal. Nor is the boat itself or all the figures in the crowded boat.

So, what was Leutze’s point?  We must look closer beyond General Washington. Who else is in the boat? Look beyond the stationary Washington figure at the other figures, the ones rowing, working, determined, huddled, cold, wounded and, yes, pluralistic. Art historians and close observers of the work see that the boat figures include a Native American, a woman, an African American, two farmers (one lost in thought about his fate with a head-bandaged wound) frontiersmen, a future president (James Madison) and others.

Leutze’s point is this: out of many, one. Who is in the boat? What moves it across? Who is, or should be, part of the actual, symbolic, and ongoing crossing to a broader freedom?  We the People. Us. The American boat moves ahead, through ice and peril, when all of us are in the boat and when each of us who can, in many different ways small and large, picks up an oar.

The flag will keep flying.

It’s in the boat.