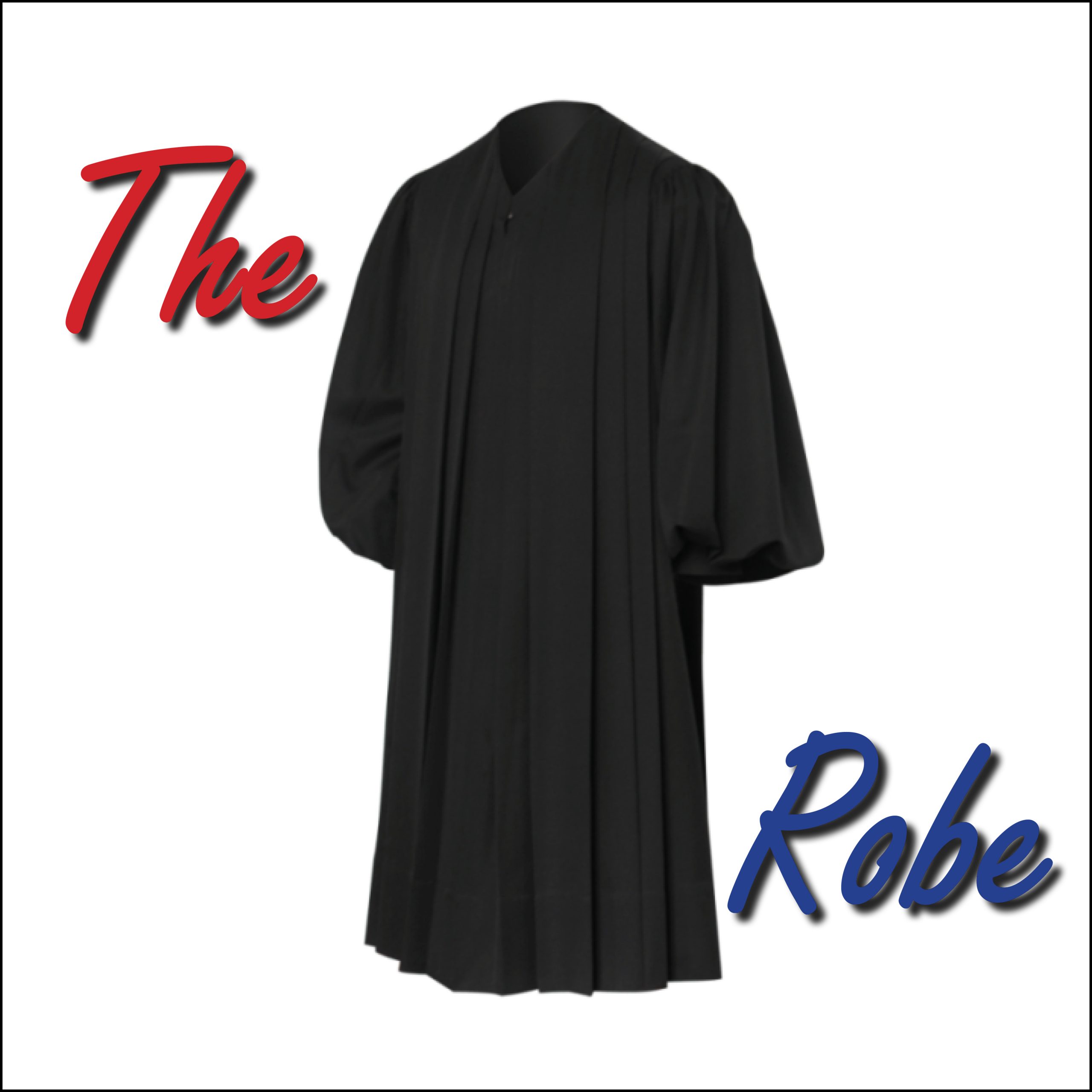 Zoom calls show an interesting array of wardrobe choices. On a recent call the zoomers remarked in good humor about the sartorial spectrum, quite an assortment of mostly casual wear. But one person, a leader, was dressed in coat and tie. For all we knew he may have been wearing cargo shorts too. But from what could be zoom-seen, he was sharply dressed for the call. As the leader of a public place that had recently reopened after covid-closure, his coat and tie was a deliberate symbolic gesture of resilience and dedication to the complex job of re-opening a public space.

Not all clothing of course is symbolic. Exhibit A would be my T-shirt right now…not exactly inspiring or meaning anything other than what was in the top drawer at 7:30 a.m.  Exhibit A for wardrobe symbolism would be the black robe of a Supreme Court Justice.  Scotus robes are a big deal, accompanied by history, ritual, meaning and symbolism.  RBG’s robes are famous for her assortment of chosen neckpieces, each carefully designed and chosen to convey visual symbolic meaning. (If you are interested in a “decoding” of RBG’s iconic neckpieces, a simple internet search will yield some articles.)

What does a Supreme Court robe stand for? It stands for something that is itself a physical thing, a writing, a text of about 8,000 words: the Constitution.  As with robe and text, each has a physical, corporeal existence. We the People can see it.  After all, the country from which our American Republic declared its independence has no embodied constitution to this day, no founding text you can hold in hand and read.

The SCOTUS robe is black. Not red or blue. As in red or blue states.  When I mix the color black on my painting palette, I mix the three primary colors: red, blue and yellow in equal parts. Amazingly, all colors for painting can be mixed using only three colors, red, yellow or blue (hence the name primary). The key difference with black is the mixing of equal parts. If you mix unequal parts, say more blue than red and yellow, the blackness that results has a tone that is more blueish (also known in painting as a “cooler” tone).

Symbolically, the choice of black is a choice of equal parts, equal justice, a mixing of different primary elements into a more perfect union. Sound familiar?

So, in actual practice, in real cases and controversies, in hard-fought litigation before the Supreme Court, how does the Robe act like the Robe? How does it work?  We have three big examples in the past month.  Wearing the Robe, the Court’s most influential Justice, Chief Justice Roberts has joined the majority in three important cases. He joined a 6-3 majority extending federal civil right protections to LGBT employees. He wrote the 5-4 majority opinion saying no to the Administration’s  attempt to end DACA (Deferred Action for Childhood Arrivals). He joined the four “liberal” Justices in striking down a Louisiana law restricting abortion rights.  In all three cases, a close reading of his legal reasoning reveals the core principles at work. In the civil rights case he agreed with the legal reasoning, aka the textualism, of Justice Gorsuch based on the specific text of the federal law (Title VII). In the DACA case he explained in detail how the administrative agency (DHS) didn’t follow its own procedures in trying to end DACA.  You could almost hear the Chief saying: If an agency screws up in following its own rules, I’m not going to be their lawyer, cover their tracks, do their job for them and make it all better. And in the abortion case he relied on the judicial principle of past precedent or stare decisis: i.e. like cases get decided alike.

Many are surprised (the WSJ used the word “stunned” today) that the Chief did not salute and fall in line, three times in one month, with political expectations.  But regardless whether we agree with each result, the Chief’s reasoning is constitutional reasoning based on principles long used in other cases.

Since the outset of the Constitution for which it stands, the Robe ( not just the Chief) has and will continue to overturn political expectations.

The Robe is not exactly the height of fashion, nor does it shift like fashion’s shifting winds and whims.

Clothing is a form of language, like the coat and tie on the Zoom call.  The Chief, during one tumultuous American month, has used the language of constitutional law rather than angry partisanship to send a very public message about independence. The language of the Robe.